A traveller who threatened a farmer with a knife after a late-night lamping session on his land in Shifnal has been jailed.

Neil Shevlin, 26, marched into the farmyard in Norton the following morning after a heated row on the phone, and threatened to “punch his head in” before brandishing a pocket knife.

It came just months after Shevlin was jailed for hitting a shopper with an axe at Asda in Donnington Wood, Telford. He was jailed for four months for that attack, and was out on licence when he committed the knife threat offences.

Shrewsbury Crown Court heard that Shevlin’s family and the farmer’s had known each other for a number of years and had got on well before this incident on October 4, 2018, got out of hand.

It all started in the early hours of the morning, when Shevlin was hunting. He made a phone call to the farmer expressing concern about a vehicle on the land.

The next morning, Shevlin was phoned by the farmer, but the conversation descended into a row. Shevlin, of Bridgnorth Road, Norton, Shifnal, went to the farm, where he pulled out the knife and made threats. He left the farm, before returning 10 minutes later and leaving again. He was arrested by police later that day.

He originally denied the offences, but pleaded guilty to affray and having an article with a blade or point on the first day of his trial, which was due to start in January.

Debra White, defending, said Shevlin understood that his crimes exceed the custody threshold, but pleaded with Judge Peter Barrie to give him a lenient sentence so he could look after his father, who is in ill-health, and be ready for the birth of his child in two months.

However, Shevlin was jailed for 30 weeks and was given a restraining order.

Judge Peter Barrie told him: "The important aggravating factor is that you were charged with offences of having an axe before." 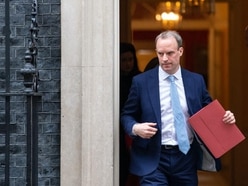 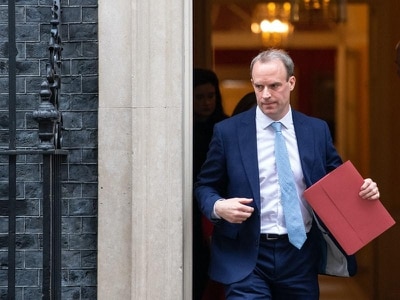