'He had murder in his eyes': Cheryl Hooper's daughter tells court of shotgun terror on Newport street

A Shropshire farmer who allegedly shot his estranged wife dead outside her Newport home over fears of an affair had "murder in his eyes", his stepdaughter told a court today.

Andrew Hooper, known as Jack, pulled up on the driveway of Cheryl Hooper's home, blocking in her Range Rover Evoque, on January 26 last year.

As he did so, his stepdaughter recalled her mother screaming and saying: "Oh my god, he's here."

Giving evidence in a police interview the day after witnessing the killing, the teenager said: "Literally, he looked like a psychopath."

Hooper, of Guild Lane, Newport, is alleged to have murdered 51-year-old Cheryl with a shotgun, despite some weeks earlier having signed over all his licensed guns to a friend after three suicide attempts, Birmingham Crown court heard.

The 46-year-old then left the scene before later turning the gun on himself, the jury was told.

He has lost the ability to speak after suffering severe facial injuries, and sat in the court dock on Wednesday assisted by an intermediary.

Jurors heard that Hooper, described by the prosecution as "controlling", "callous" and "evil", was able to follow the movements of his wife of 18 months after fitting a tracking device to her car.

Earlier that evening, he confronted Mrs Hooper in a pub, accusing her of being there to meet a man with whom she was allegedly having an affair.

Her daughter told police her mother "never cheated" on Hooper, but added that the couple had a "strange" relationship and "led separate lives", eventually leading to Mrs Hooper and her daughter moving out.

Recounting conversations with her mother, the girl told the court: "She told me he never supported her when she needed it.

"He struggled with his emotions, which is why he comes across as callous.

"He's not empathetic, he doesn't understand anyone's feelings but his own."

The teenager said the couple had purchased the Evoque on finance, with Mrs Hooper paying the instalments, but the vehicle was in Hooper's name and "he used that against us" and took the car away on at least one occasion.

But about two weeks before the shooting, when Mrs Hooper and her daughter were moving out of Hooper's farm, near Newport, he left them the keys.

It later turned out that Hooper had been using the car to track his wife's movements, the teenage witness said.

The defendant, who had a 400-acre farm, allegedly shot Mrs Hooper in the neck from around 1.5m away while "consumed with anger and jealousy" after she left him at the end of 2017, prosecutors have said.

Describing events leading up to the shooting, his stepdaughter recalled that Hooper had rowed with her mother in The Crown pub in Tettenhall, Wolverhampton.

She added: "Mum said she was in The Crown and got tapped on the shoulder, turned around, and he was stood there.

"He's quite a controlling and jealous man."

She said Hooper had told his wife 'I'm going to divorce you, for being unfaithful to our marriage', before adding that he would gather up her possessions and "burn it all".

The teenager stopped the interview at several points, replaying the fatal shooting in her mind, adding: "My mum trusted him too much, I think."

"She hadn't been unfaithful," she added.

Turning to the shooting, she recalled her mother picking her up, and taking a phone call from Hooper on the way home, which she ended by telling him "F*** you", and hanging up.

Mrs Hooper and her daughter arrived home, and suddenly Hooper's silver Land Rover Defender was on the drive behind them.

"Literally, I think he pulled up, saw us, and followed us on to the drive," the girl said.

"Mum couldn't have moved the car even if she had tried."

She added: "He looked like a psychopath. He had murder in his eyes.

"I don't know what he had in his hands."

She continued: "I have never seen my mum so scared in all her life and she said 'Oh my God, he's here'."

The teenager recalled seeing Hooper with something in his hands, then smashing her mother's window, while the girl was "panicking" and "fumbling" with her phone to call the police.

"I thought it was a shovel and that he was going to beat her," she said.

"I looked at my phone, then I heard the glass smash.

"I was round the front of the car, and I saw him holding a gun."

Describing how she "froze" on seeing the shotgun, she said: "He was properly looking down it.

"It wasn't like a lazy shot. It was callous, I could see anger in his eyes."

She added: "Then he shot her. I could smell the shot."

"He waited a few seconds to make my mum realise 'I've got a gun and I'm going to shoot you, I'm going to kill you'," she went on.

"He waited long enough for her to think 'I'm going to die'." 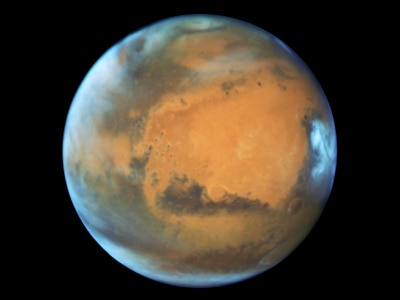