A £250 reward has been offered after vandals ripped one of Ironbridge's duck sculptures from its pedestal and threw it into the river. 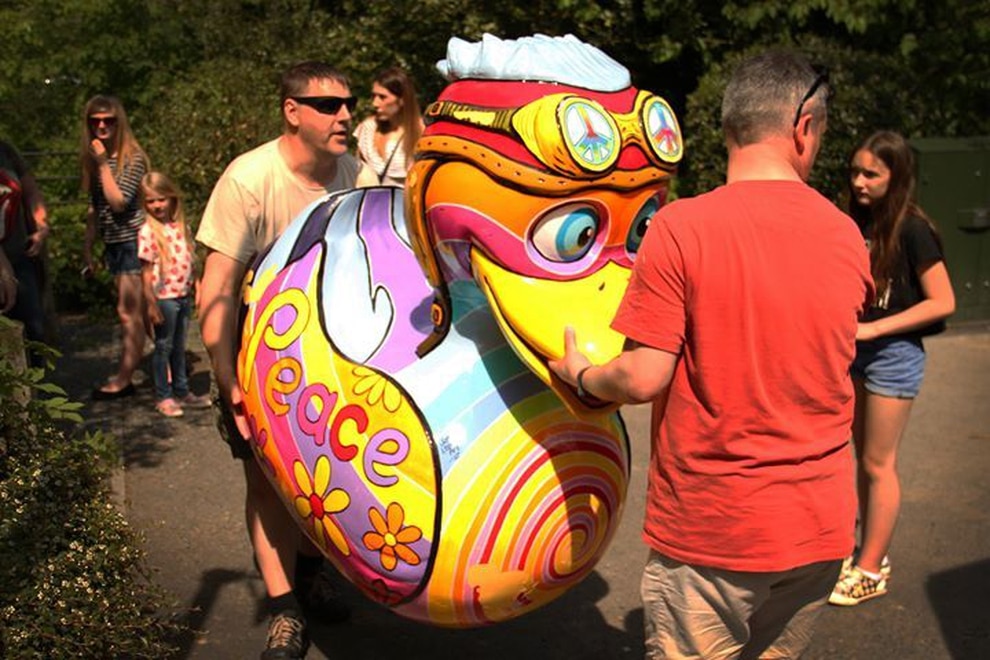 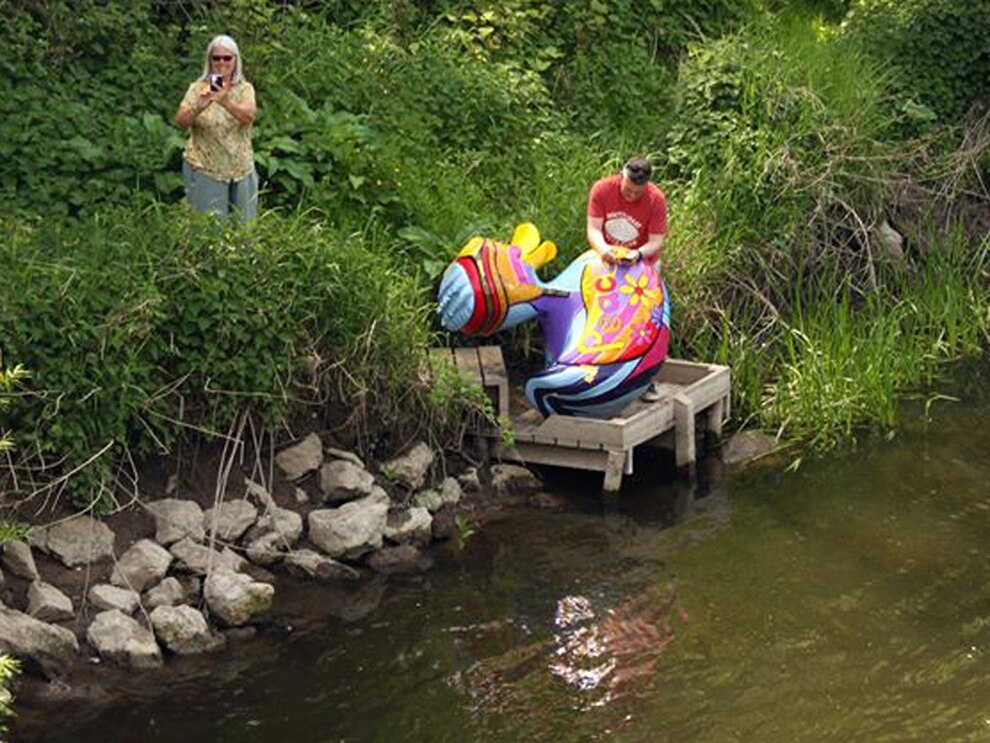 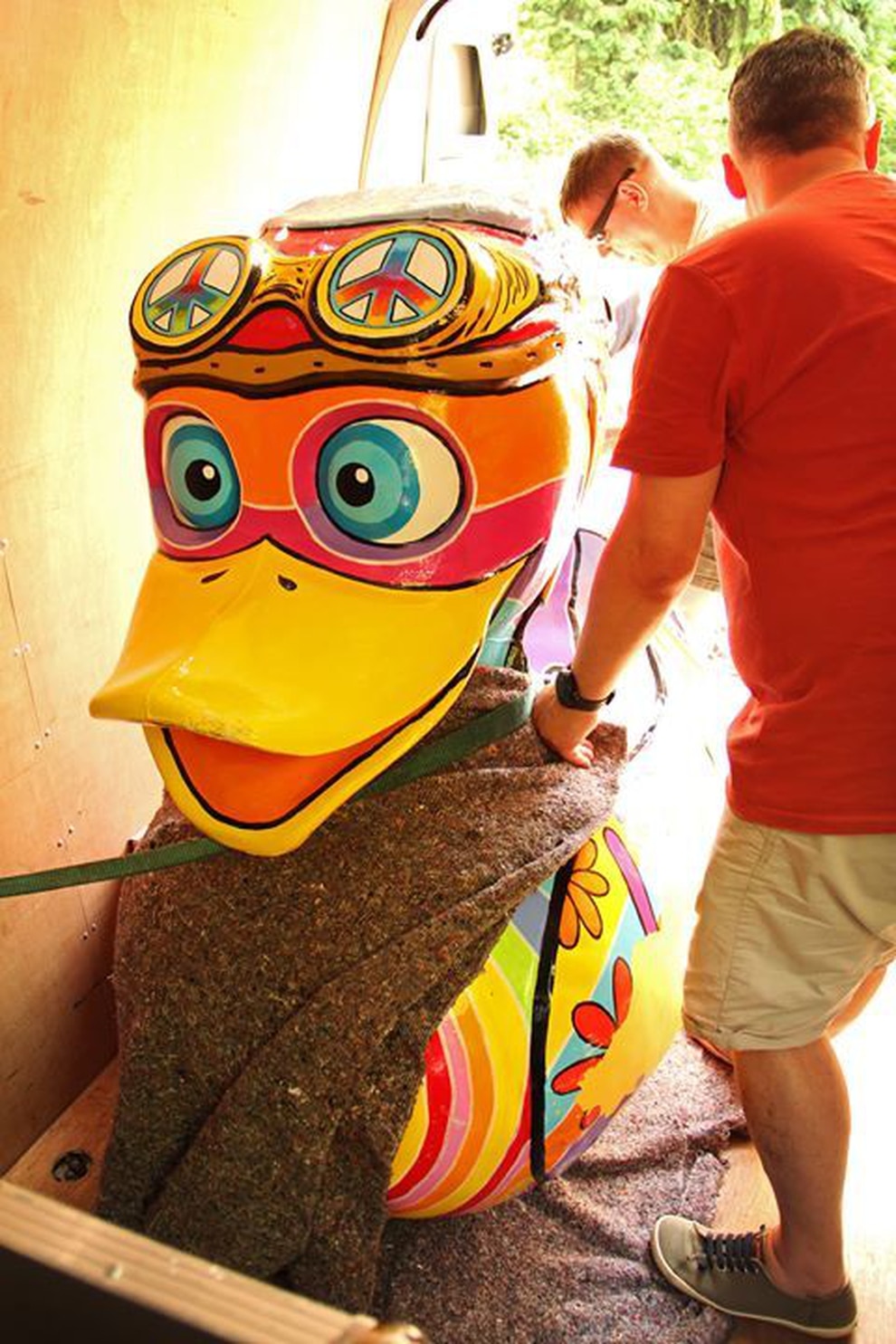 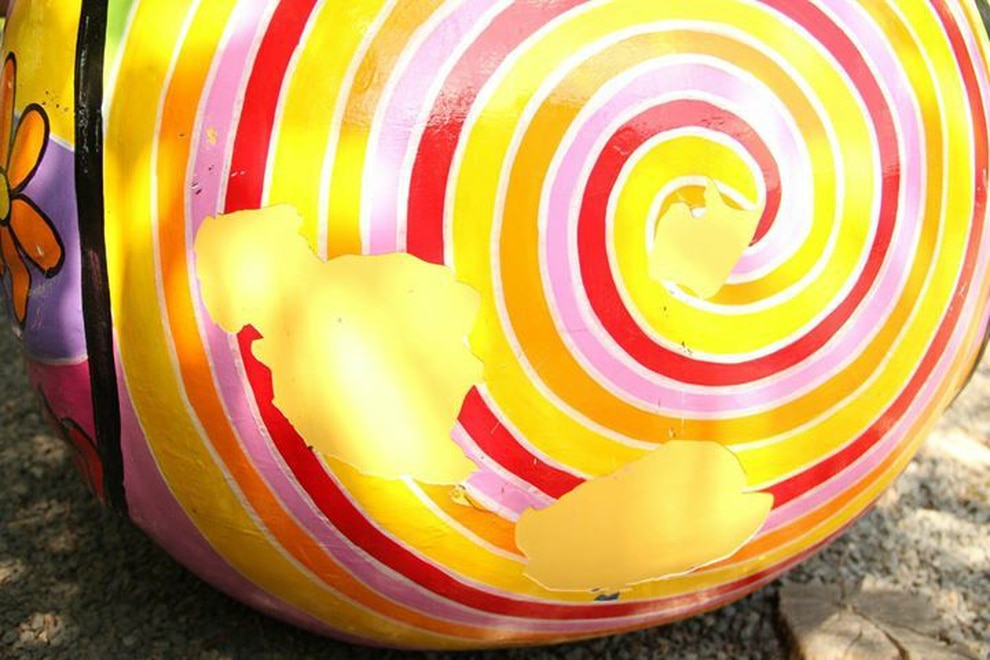 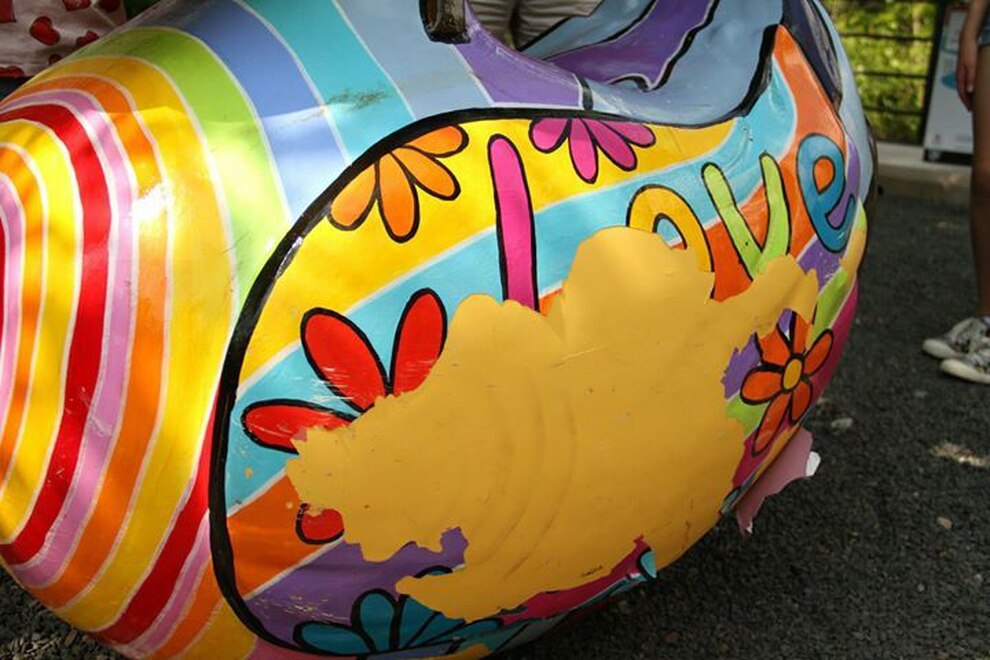 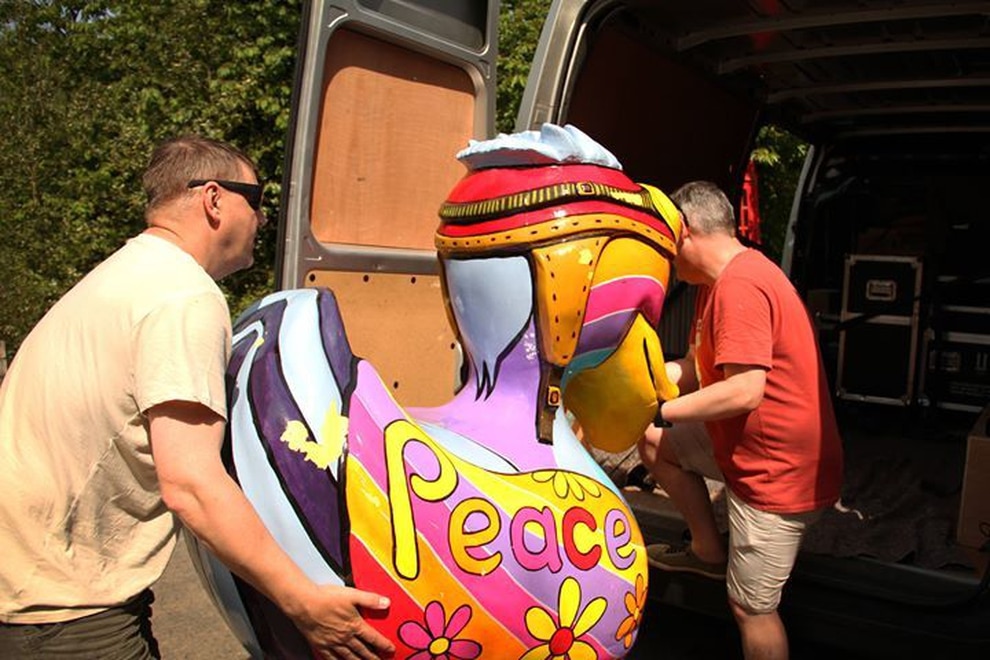 'Peace Duck', one of ten individually painted giant ducks, was smashed from its pedestal at Bedlam Furnaces in the early hours of Sunday morning.

Julie Ward, who started the Let's Go Quackers project, said paint from the artwork could be seen strewn across the car park, with a trail down the bank where the duck had been thrown over a fence in to the water.

The artwork, which was designed by 12-year-old amber Whittaker from Charlton School and painted by artist Jenny Leonard, was later recovered from the river.

The reward, put up anonymously, is for any information that leads to the arrest and conviction of the person responsible for the damage.

It comes after organisers were left distraught earlier this month when three of the ducks were damaged within days of being unveiled.

Speaking after the latest vandalism Julie said: "I am looking at it with Amber and her mum and her sister and she is heartbroken.

"I cannot believe these mindless fools think they are going to get away with it and that they have the right to do this.

"Someone knows something and the reward is out there. They need naming and shaming."

The damage to the ducks also has a knock-on effect on charity. When the trail is taken down the ducks are to be auctioned off, with profits going to good causes.

The damage means that some of the money that would go to charity will now have to be used to replace the duck.

Anyone with information about the incident should contact West Mercia Police on 101. Alternatively, contact Crimestoppers anonymously on 0800 555111 or at crimestoppers-uk.org