A kitchen worker has told a jury of the moment he claims two men attacked a Shropshire businessman in a revenge killing.

Satnam Singh Blugher, who owned Tony’s Diner at Halfway House between Shrewsbury and Welshpool, was found with multiple stab wounds by his son at the premises on June 26 last year.

Illegal immigrant Belkar Singh, who is accused of murdering the grandfather, told a jury at Stafford Crown Court that he was not responsible for his boss’s death.

He said that instead two men had come into the restaurant and attacked the 67-year-old, also known as Mr B.

Giving evidence through a Punjabi interpreter he said that two Indian men entered the diner through a back door after it had closed for the night.

Singh told the jury: “The bigger man said to me, ‘Uncle where is your boss?’ I said that he was locking up at the front.”

Singh said that when Mr Blugher saw the men, he asked them, “how did you come in here?”.

The defendant said: “The bigger man replied, ‘those people who you had killed, we’ve come to sort it out. My boss said, ‘what people have I had killed?’ So the shorter man who was standing behind my boss picked up a chipati pan and hit my boss on the back of the head. My boss fell on his knees with his hands in front of him on the floor.

“He was trying to stop them from hitting him.”

Defending barrister Mr Jo Sidhu QC asked Singh what exactly he was doing at that moment.

Singh told the jury: “I was just crying. Mr B was saying to me ‘please save me’. I said to the bigger man, ‘please spare him, I plead to you’.”

He told the jury the shorter of the two alleged attackers was referred to by the name of ‘Raja’. He said they had hit him before emptying Mr B’s pockets of cash and going upstairs to find the rest of his money.

Singh, 58, of Booth Street, Handsworth, in Birmingham, was employed to wash dishes and clean at the roadside diner.

He had previously told the jury that he had overstayed his visitors’ visa after arriving in the UK in 2005 to find work to support his family back home.

The court also heard that he suffers from poor eyesight due to the condition glaucoma, which affects blood pressure in the eyes.

The prosecution alleges that it was Singh, motivated by greed, and no one else who was responsible for the crime.

Earlier in the trial the court heard how Mr Singh described Mr Blugher as a friend.

In one interview Singh had told police: “It wasn’t me who caused the injuries. He was a very good man. He was very helpful man.”

The court heard he went on to tell police: “I’m sorry sir, I don’t know anything, how he died, who caused it, I don’t know.”

He told police Mr Blugher would give him money if he needed help.

Singh said he first met his employer at a Sikh temple in Birmingham in 2007 and that Mr Blugher had recognised him from his visits back home.

'Thank you, have a nice day': Telford man conned out of £18,700 by Amazon fraudsters 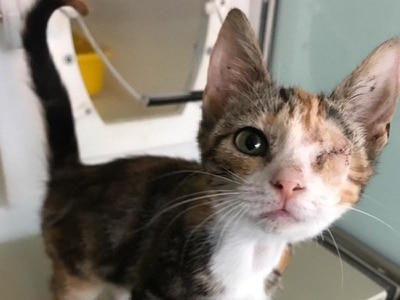