When Chris Toller returned to the UK after working in Abu Dhabi for two years he was undecided on what his next step to be.

He didn’t have his next job lined up, and told a colleague before returning home to Morda, near Oswestry, that he had two things he wanted to do.

One was to breed snails for eating and the other was to build a small distillery in his garage.

Neither of the plans ever materialised, but after taking a part-time job working at Stonehouse Brewery on the edge of the village, Chris began pushing owners Shane and Alison Parr to develop a distillery.

Shane played down the idea, but Chris, with a distillery still a goal he wanted to pursue, continued to push his employer until he finally agreed to branch out from ales to spirits.

Two years on and Shane and Alison, along with Chris and his wife Alex, have started distilling whisky and gin, with the first batch now settled for maturation.

Each batch of whisky has to sit in wooden barrels for three years, but alongside the gin distilling, Chris is excited about what the future holds for the new venture called, Henstone Distillery.

He said: “We made our first batch in December and another one this month which is now going to mature, and we have bourbon casks here that can hold up to 200 litres.

“The plan is to make apple brandy, whisky, gin and bourbon, so there will be quite a lot going on.

“Before Christmas we put out a pre-sale of our first batch of bottles, which was about 200, and they have all sold, which is fantastic.”

The distillery is one of a number that have popped up across the UK over the last year, with a report in September stating that the number had risen by a fifth to 131. That is double the number that existed in 2012, and is in large part due to the sudden popularity of artisan gin, according to accountancy group UHY Hacker Young.

James Simmonds, of UHY Hacker Young, said: “Five years ago, artisan gin was a relatively unknown product, but now it’s very common to see five or 10 different premium gins on the menu or on a supermarket shelf.

“Premium gins often retail at about £30 a bottle, making it a high-margin industry. Gin can be very versatile – with many companies adding new and unusual flavourings to their products.

“This means that new producers can differentiate themselves relatively easily in comparison to other spirit producers such as whisky.”

Chris and his business partners are hoping to be just as successful in the coming years. The village already boasts a highly successful brewery, with Stonehouse supplying a variety of cask ales and ciders to clients all across the region.

Chris said that the first thing for the distillery to do would be to target the same customer base as the brewery, but the distilled products could have a much wider remit.

“It is good to be at the brewery with it being so successful,” he said.

“Stonehouse products probably have about a 30-mile radius, but we will be going further than that with the distilled products. We will be looking to go abroad and overseas.

So the idea that has come from a dream of Chris’s has now become very much a reality, and has positive signs on all parts. The village the size of Morda, which is ever increasing, now houses a brewery and a distillery – and Chris said that as the distillery grows, more job opportunities will be created.

He said: “It is fantastic for the village, and is going to give us a good opportunity to create jobs and a chance to employ people.

“We will look into recruiting people when the business does start to grow and we are looking forward to that.”

The art of distilling whisky is a considerably longer road than distilling gin.

However Chris insisted it will be worth the wait to see bottles of the distillery’s product sitting in bars and restaurants around the country and further afield.

He added: “The whisky takes a total of three years to get right, it has to have been in a wooden cask that long to be classed as whisky.

“But I will be looking forward to seeing the bottles when I walk into a bar or restaurant.”

The Henstone Distillery is still relatively new but has come a long way since the project first began two years ago. And it could have been all so different had Chris chosen to pursue the art of breeding snails. 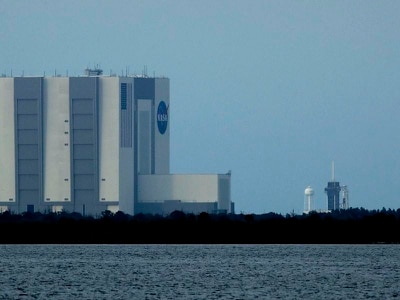