By Rebecca KingNewsPublished: May 8, 2017Comments

Firefighters will see £2million cut from their budget over the next four years, it has emerged.

The 28 per cent budget cut to Shropshire Fire Authority, which runs the county's fire service, was revealed by the Fire Brigades Union, which branded the changes "savage".

According to the union, it is the highest percentage cut to a fire authority's budget in the country, tied only with Hereford & Worcester.

Malcolm Stevenson, a spokesman for the Shropshire Fire Authority, today confirmed the figures are correct, adding: "We the fire authority, anticipated these reductions well in advance and a plan has been put in place that will ensure our delivery of service up to 2020 and beyond that."

The cuts come as part of the Department for Communities and Local Government (DCLG)'s Local Government Settlement, providing figures for the central grant allocated to metropolitan and combined fire authorities in England.

In its bulletin, a spokesman for the Fire Brigades Union said: "The central point is that these figures are very bad news – a 20 per cent cut overall – more of the same.

"Once again they show that the fire and rescue service has not been protected. In some cases, fire authorities will lose a quarter of their central revenue over the next four years.

"What this government and its predecessor have done to the fire and rescue service is a travesty. They have axed 10,000 firefighter jobs across the UK during the last seven years – around one fifth of the workforce.

"At a time of increasing risks from an ageing population, flooding and various other emergencies, they are tearing up the fabric of our communities. It’s about time politicians raised their voices in protest."

Across the county, other fire authorities will see similar cuts. In Cheshire, the service will have its funding cut by more than £4 million – or 23 per cent while the West Midlands Service will see its cut by some 15 per cent.

Shropshire Fire Service was first put into financial difficulties by Government austerity measures which have slashed at least £3.2 million from its £20 million annual budget since 2010.

A total of 10 per cent of firefighters and support staff jobs have gone, plus a 25 per cent reduction in senior officer roles among a host of budget savings.

The union added: "The cuts come on top of savage central funding reductions since 2010, which were highlighted in the National Audit Office report on the financial sustainability of fire and rescue services in 2015." 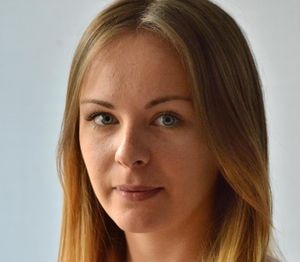 Much Wenlock | 1 hour ago

Much Wenlock | 12 hours ago