‘Exit followed by a bear’ is one of Shakespeare’s most famous stage directions - but for the Festival Centre audience it was more a case of ‘Enter, pursued by the Beast from the East.’

We’d braved snow, ice, and a biting wind to see The Winter’s Tale, streamed live from The Royal Ballet in Covent Garden. And, luckily for us, it proved heart-warming and thoroughly worth it.

The ballet opened with an elegant pas de trois, King Leontes in bright green, his wife Hermione in blue, and his friend Poloxines in red, weaving around the child Mamillius against the silhouette of a blasted tree and falling snow. It was a promise of deep and contrasting emotions ahead, all beautifully expressed in movement.

The sight of his friend’s hand on his smiling wife’s pregnant belly arouses jealousy in Leontes and it grows quickly as he stalks the pair, spying from behind the court statuary, imagining horrors.

Ryoichi Hirano in the lead role is mesmerising. His limbs twitch and his face contorts as he becomes possessed by the green eyed monster. His hands become grasping claws unsure whether to rip out his own heart, his friend’s, or his wife’s.

By the end of act one, Leontes’ son Mamillius and the innocent Hermione are dead, her new born baby smuggled overseas to safety, and Leontes is overcome with remorse.

With choreography by Christopher Wheeldon and original music by Joby Talbot – the same team which thrilled the Festival Centre audience with Alice in Wonderland last autumn – this is storytelling ballet par excellence. With a little help from dramatic back projections and what are described in the programme as ‘silk effects’ we easily follow baby Perdita’s shipwreck on a foreign shore. And yes, her protector does exit chased by a bear, looming out of the storm in shivering, silken imagery.

And then spring arrives (16 years later) in act two and Wheeldon and Talbot indulge themselves – and us – in a sunlit festival of life and love. Perdita and her betrothed (Poloxines’ son Florizel in disguise as a humble shepherd) give us some beautifully lyrical duets and the corps de ballet embellishes their love with exhuberant set pieces.

Then we’re back to the court of Leontes in act three for miraculous reconciliation and forgiveness. Lauren Cuthbertson (who gave us Alice) is restored as Hermione in a magical pas de deux with Hirano. Their tentative, tender dance is heart-rending, overseen centre-stage as they are by the cold statue of their dead son Mamillius.

Sarah Lamb and Vadim Muntagirov, who danced Perdita and Florizel, will be together again on the Festival Centre screen dancing Kenneth MacMillan’s version of Manon, with music by Massenet, on May 3. I recommend it to both dance fans and those who fancy giving it a try alike. It’s a masterpiece of modern ballet, telling a tragic love story with deep emotion.

And I feel fairly safe in promising no ice or snow. 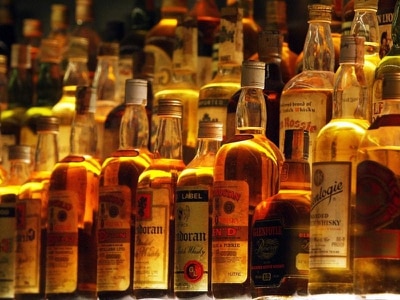 Coronavirus: British nationals in China set to return to UK