We arrived far too early. But the doors to Casa Naranjo were already open. And a gaggle of girls were standing at the bar, sipping spritzy drinks and looking forward to the party that was about to start. Any day is party day at Casa Naranjo, one of Shrewsbury’s best and most popular restaurants. And this was no exception. 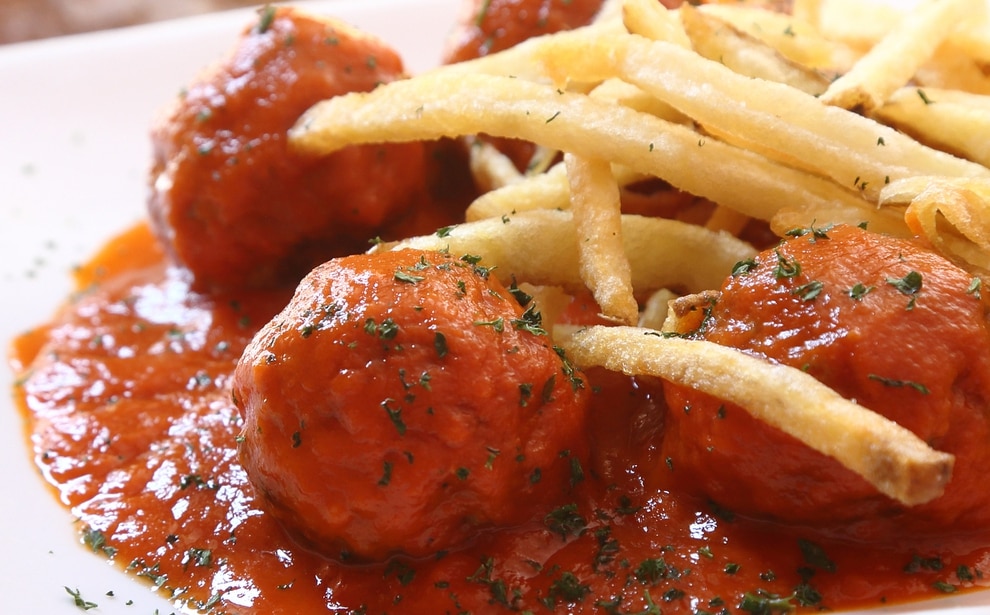 The beef and pork meatballs were tender and soft, cooked in a deliciously rich tomato sauce and packed with flavour 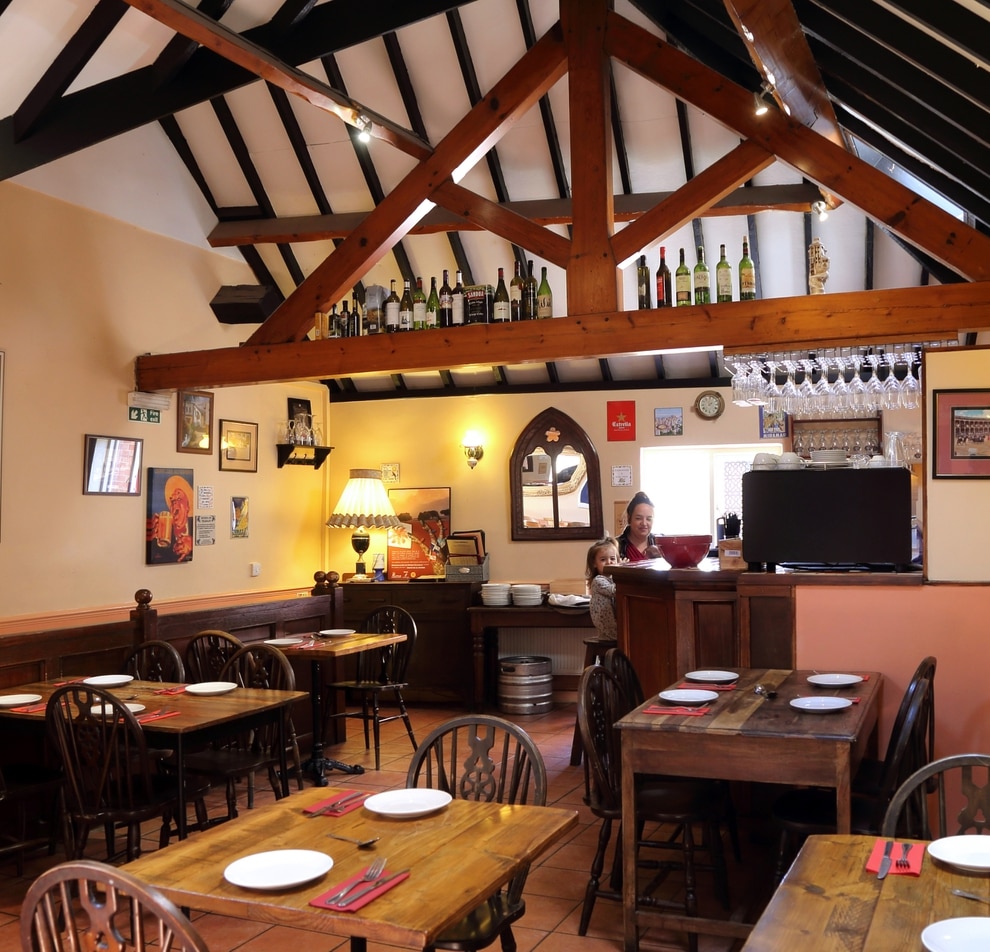 The restaurant has echoes of Spain Casa Naranjo punches above its weight 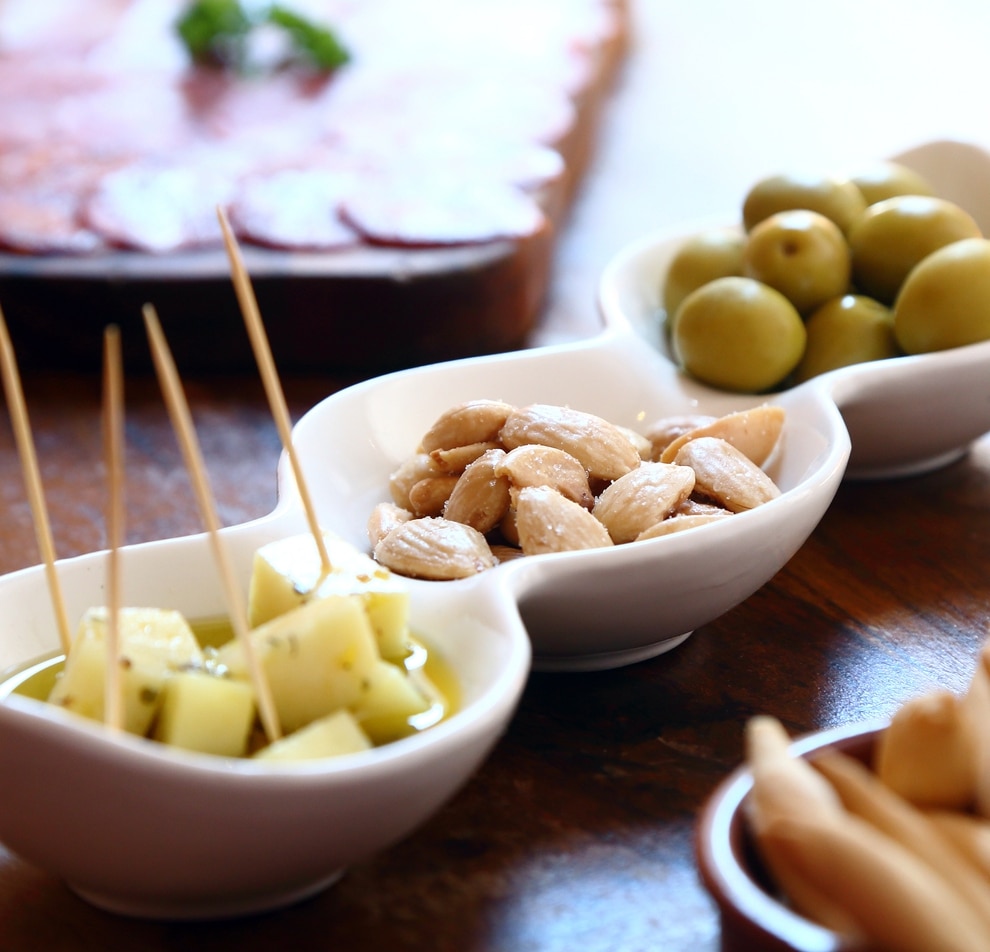 The gambas pil-pil in chilli, garlic and butter

The sharing board comprised the restaurant’s cured meat selection

A table of 20 or 30-something was set up against the back wall as a leaving party looking forward to good food and even better vibes at Shrewsbury’s gastronomic tribute to Spain. And though my friend and I hadn’t booked a table and the restaurant was sold out, they managed to find us a quiet corner. Good service counts for everything.

Casa Naranjo has punched above its weight over several years. Great service from charming and supremely efficient Spanish waiters who pronounce Barcelona ‘Barthelona’ provide a warm and welcoming greeting. The food is also on point. It’s big on flavour, uses imported Spanish ingredients and ticks all of the boxes.

My friend and I were eating out shortly after my partner and I recently visited Spain. And, truth be told, the food and service at Casa Naranjo were both better than that on offer in either Madrid or Barcelona. So while the local branch doesn’t shoot for the stars and add in super-modern processes, it does the basics really, really well. So there’s exceptional ham and cheeses, good olives, robust and flavoursome sauces and really delicious meat, veg and fish. Don’t expect AA, Michelin or any of the other guides to come knocking soon – but do expect a great night out with good food and service if you book.

The restaurant has echoes of Spain with plenty of bright colours, terracotta and simple tables and chairs. The menu is a list of classics. From paella – but only if you phone them 24 hours before so they’ve time to cook it from scratch – to chorizo Iberico and manchego and from deliciously light and fluffy croquetas to gambas pil-pil and patatas bravas, it’s a list of dishes that you could expect to find in all corners of Spain.

My friend is a discerning man and made a wise decision when the waiter arrived. He pointed at me: “He’ll decide.”

And so we started with a delicious starting board before working our way through six outstanding plates of tapas then skipped dessert after a thoroughly enjoyable evening. The sharing board comprised the restaurant’s cured meat selection, featuring Jamon Iberico De Bellota, Lomo Iberico, Salchichon Iberico and Chorizo Iberico. All were delicious. Slithers of fatty ham – or, as they should be known, ham with ‘white lean’ – were almost intoxicating. Slightly nutty and decidedly sweet, they were a taste of the Spanish woods. Cured sausage was well seasoned with salt and pepper, achieving a good balance between meat and fat. Cured pork loin that had been seasoned with paprika was outstanding. Tender and full of flavour, with slight hints of warmth, it was a stand out that quickly went. The chorizo Iberico was similarly good; it was a finger click in a jazz tune, a staccato note in a symphony, a firework on Guy Fawkes Day.

The tapas were delivered as and when the kitchen cooked them. So we were able to start with light and fluffy calcandracas, deep fried ham, chorizo and cheese parcels. Encased in a crisp battered that snapped like glass on gravel, the cheese was molten and streaked like raspberry ripple with hot, decadent fat from the chorizo.

A bowl of gambas pil-pil arrived at the same time; obese prawns that had failed the weigh-in and were still swimming in a bowl of hot, steaming chilli, garlic and butter. Delicious. The garlic butter sauce was so good that we spent the evening dipping every other tapas in it: who knew cold slices of paprika-infused pork loin could taste so good when dipped into hot, steaming garlickey butter. The prawns, incidentally, were brilliantly cooked. They were like fat, curled finger-sized balloons of protein that burst in the mouth.

More was to come. A bowl of fresh, mini chorizo cooked with Rioja was big, ballsy and deliciously flavoursome. Like a tuba solo in an orchestra or a Superwoman outfit at a fancy dress party, the chorizo brushed the other plates aside to announce a grand entrance. The piquant peppery flavour of the chorizo was a perfect match for the sweet, aromatic Rioja and we made light work of the dish.

Albodingas were excellent. The beef and pork meatballs were tender and soft. Cooked in a deliciously rich tomato sauce, they were a great balance of fat and meat that were packed with flavour and had great seasoning and texture. Cooked beautifully, it was one of many high quality dishes on the table.

The highlight – well, other than the garlic butter of the gambas pil-pil – was a platter of carrillera de buey al vino. Slow-cooked ox cheeks that had been reduced in a thick, sticky, viscous red wine sauce were sensational. My friend didn’t realise what I’d ordered and announced: ‘The steak tastes good.’ His compliment was spot on. It had the same quality as a more expensive cut, though far more flavour and a better texture as the cartilage had rendered down into a gooey, gelatinous feast. The cheeks were served with a side of chipstick fries, which had been garnished with herbs and pepper. Brilliant.

There was just time for a hearty bowl of patatas bravas, crispy fried potatoes with spicy red pepper sauce. So many tapas bars – including those in Spain – serve limp, soggy potatoes beneath an uninspiring sauce. These were can can girls at the Moulin Rouge, wearing bright yellow tu-tus. Spicy, sparky and bags of fun, the potatoes were still crispy at the edges while deliciously fluffy inside while the sauce was the gastronomic equivalent of a kick in the shins from a donkey. Boom.

We’d have loved dessert – but our stomachs had the casting vote and having enjoyed seriously good service and delightful, no fuss, no frills food, the fat lady was singing and it was time to go. The rest of the diners in Casa Naranjo were just getting the party started and a good night was in store for all. It reaffirmed my long-standing passion for the restaurant: it does the basics so well and is a real bright light on the county’s dining scene in an era when so many others cut corners, offer shoddy service and don’t make sufficient effort.

It’s been a while since we dropped the big one but here it is. It’s a 10 from Len.