A tip-off from the in-laws eventually turned into a lovely evening and some delicious Chinese food in Bridgnorth. Legend’s Cantonese Restaurant is quite easy to miss but once it’s been found most customers keep coming back for more. 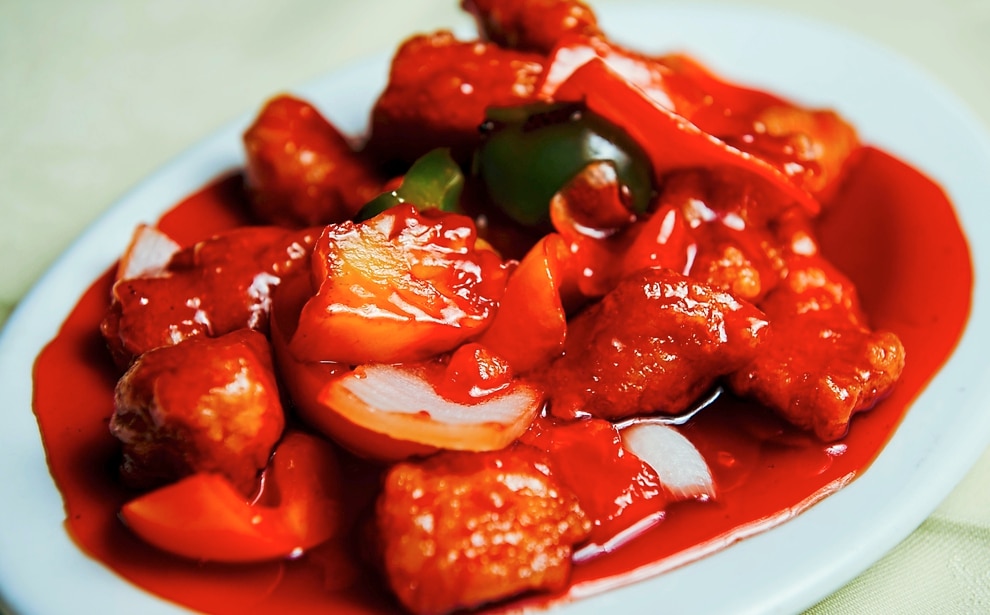 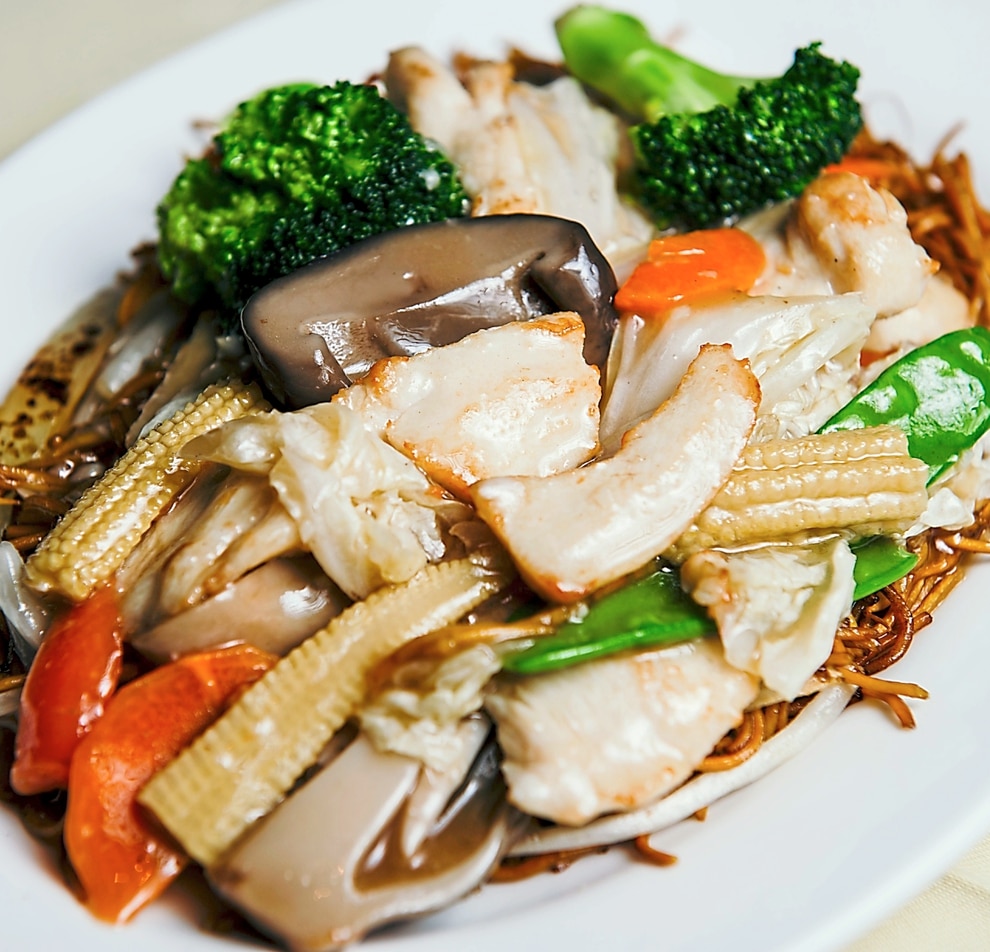 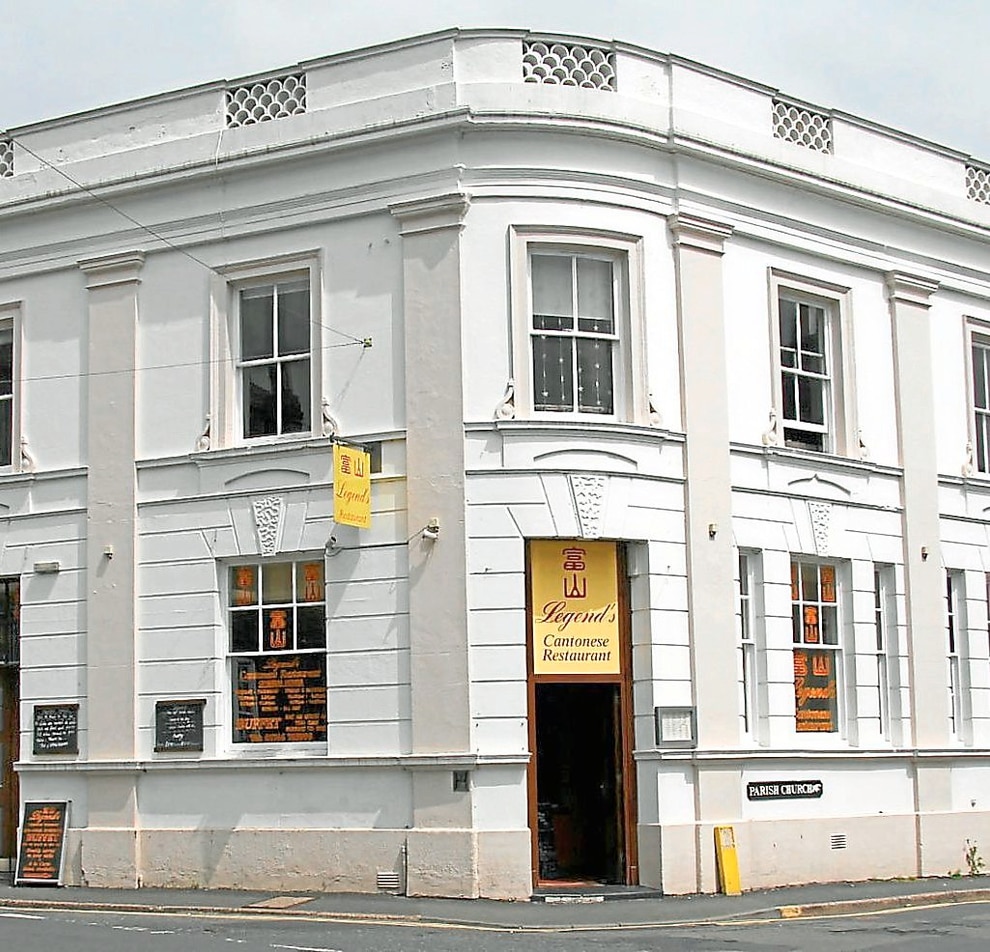 Bridgnorth is such a nice place to visit on its own, too, and now we have family living just up the road in Highley, any excuse to pop into one of the great pubs for a pint is always snapped up.

We usually head to The White Lion for one of their own real ales. The stout never fails to live up to expectations and warmed us up nicely before venturing out for our Chinese.

As it was my father-in-law’s birthday, we all headed to one of his favourite restaurants, which sits on the corner of Bank Street and West Castle Street.

It’s a very cosy venue but with plenty of room. As my four-year-old daughter Annabelle had joined us too, we arrived pretty much bang on opening time, but it was soon filling up.

It was a cold evening and it did take a while for us to get warm again but such is life with old, grand Shropshire buildings, plus the very friendly staff had set up a portable heater to help move things along.

The staff need a special mention because we were waited on superbly all evening by a stream of waiters, waitresses and even the owners at times. They knew exactly when to ask for orders, when a new drink was needed and when the leftovers needed taking away. Or, in our case, boxing up to take home. It would’ve been a crime to waste any.

Once seated we had a look at the food on offer and it was nice to see the menu was quite compact.

There was plenty of choice, but not a ridiculous amount. If you liked pork, chicken, beef, seafood, veggie dishes or a combination of them all, there was something for you, but there were not pages and pages of mundane dishes to worry about, as can be the case at some eateries.

Birthday boy Don and his wife, Lorraine, were well versed in what to order and knew exactly what they would be having. They were very complimentary about the restaurant before we had even arrived.

We were seated in the middle of the room, on a nice round table that easily accommodated four adults and a child. We were given plenty of time to work out what we wanted, something that sometimes raises a few eyebrows when I get hold of a menu.

“Just choose something,” is usually followed by a helpful prod in the ribs as the waiting staff return for a third time.

It’s not meant to be rude, it’s just so tricky to choose at times when the food looks so tempting.

Eventually, I was drawn to the hot and sour soup. My wife, Kelly, opted for the Beijing dumplings with a ginger and lemongrass dip, while we also ordered some prawn toast for Annabelle.

The soup was sublime. ‘Hot and sour’ does not always mean hot and sour, but this one was.

I just love how Chinese soups are different to all the others. They’re thicker, more flavoursome and this one was packed with little bits of meat, fish and vegetables.

Coming with a lovely hit of spice, it was the perfect way to set the meal up.

The dumplings were something completely new for Kelly but she said they were very tasty and the sauce particularly fresh-tasting. It was something she would definitely have again.

And the prawn toast was the best she had ever tried – no mean feat as she really loves that particular side dish.

I could see why, too, because rather than being hard, drenched in fat and lacking any prawns, they were plump – there was so much packed into them – crispy and just very nicely deep-fried and cooked.

I was also lucky to get a spare, spare rib from Don. It was smothered in a lovely sweet and sticky sauce, with plenty of meat that nearly fell off the bone. Again, I could see in an instant why they kept coming back for more.

Another nice touch was the prawn crackers because rather than being served plain they came with a sweet chilli dip, which Kelly and Annabelle particularly enjoyed – I didn’t get a look in.

Then it was time for mains and, as stated before, there was something for everyone, as our dishes showed.

All the meals are served individually with noodles, rice and other accompaniments served as side dishes. It means the bill can build up quite quickly but equally it gets everyone sharing which, for me, is what Chinese food is all about.

Kelly fancied Pa Po duck and I was enticed by the seafood selection, which included king prawns with scallops and vegetables. We shared a portion of boiled rice. There was no children’s menu, hence why there was plenty of leftovers, but Annabelle always enjoys a chicken chow mein, so we went for that.

My fish dish was lovely. Not too salty and with plenty of the prawns and scallops, and when the sauce was mixed with the rice it really was delicious.

There was a lot of rice too, so it was probably the correct decision to share.

The scallops still had that little bounce, which meant they had not been over-cooked. Having tried, and failed on many occasions, to cook my own scallops I have a vague idea of how difficult it can be to get them right – although I’m certainly no chef.

Kelly’s main had a nice selection of pork, duck and vegetables, which she said had all been cooked perfectly.

It was a nice mix of flavours, which I can vouch for because the leftovers from her ample dish were boxed up and taken home, to try the next day.

Lorraine said her main was also delicious and she could tell it had all been freshly prepared that day.

The staff, as always, were helpful and nothing was ever too much trouble. Lorraine’s only slight complaint was the restaurant was a little cold at times.

All that was left was for Annabelle to enjoy a vanilla ice cream, which all five of us shared, as after our starters, mains and little extras, we were very nicely full and didn’t need a large dessert.

Complimentary chocolates were served at the end with the choice of coffee, or a top-up of red wine if you so wished.

The food, service and atmosphere really helped make the birthday celebrations extra special and I’m sure the in-laws will be back for more too, probably with us three in tow as well.