Was there a real Shelby family? Birmingham author Carl Chinn reveals the truth behind Peaky Blinders

As the TV series has presented them, the Peaky Blinders were brutal yet glamourous; flawed yet charismatic; dangerous, yet somewhat noble.

Like the protagonists of many of the greatest television dramas, their story was born through history – individuals who lived, events that took place, and a world that existed.

Yet how true is this world, as presented on screen, to the reality? How much of what we see is fiction over fact? Who, indeed, were the real Peaky Blinders?

Professor Carl Chinn, MBE, right, has spent decades asking this question. A well-known social historian and Birmingham patriot, Carl is himself the great grandson of a Peaky Blinder, and has dedicated much of his academic career to uncovering the truth behind the gangs who represented Birmingham’s underworld during the late 19th and early 20th centuries.

“It’s very important to bear in mind that the series Peaky Blinders has been brilliant for Birmingham and the Black Country, and for the West Midlands as a whole,” said Carl. “It’s drawn attention to us, it’s been positive in the response that people have had both to the series and to our region. And it’s important as well because the series has encouraged younger people to engage with the past, and to find out more.

“And that’s why it’s also important that we look at the realities behind the drama. It’s a superb drama – it’s captivating, it’s pulsating, it’s passionate. But it’s a drama.

“There are lots of real people, real events, and real places that are included in it, but they are glamorized versions of the reality.”

In separating the fact from the fiction, Carl is able to shine an interesting light on one of the series’ most well-recognised motifs.

“If we look at the real Peaky Blinder gangs – let’s take the series – there’s this belief that they had disposable safety razorblades stitched into the peak of their flat caps, which they took off in a fight and slashed across the eyes of their enemies,” he said.

“It’s a myth. There is no evidence for it. The real Peaky Blinder gangs used weapons that were ready to hand, and not expensive. So they used steel toe cap boots, they used coshes made of metal, they used knives, they used brick ends, they used stones wrapped in handkerchiefs.

“But their favourite weapon, along with similar gangs in Manchester, was their belts. Old-fashioned thick belts with heavy buckles. And they would wrap the belts either around their wrists, but very often between the thumb and the forefinger, leaving about eight inches out, and then buckle it. And they would use this to slash, and slash – it could cause terrible injuries.

While there may be legends such as this that have grown up around the mythology of the gangs and been presented on screen, Carl attests that violence and brutality were as much a part of the real Peaky Blinders as the characters the series has portrayed.

“Although the razorblades are a myth, the viciousness of the gangs is not,” he said. “The street gangs of Birmingham emerged from the late 1850s and 1860s. They were territorial, and based in the older, tough, poorer districts.

“These gangs of youths and young men fought each other, they hated the police, and they bedevilled and blighted the lives of the hard-working, respectable poor for over a generation. From the 1860s until they were put down, the lives of Brummies were blighted by these thugs.

“These are not men who are glamourous. They’re not men to be admired.”

While the gangs who had been given the moniker of ‘Peaky Blinders’ in actual fact had disappeared before the First World War, in his upcoming book, Peaky Blinders: The Real Story, Carl iterates how after 1918 – and in the period in which the show is set – some of the former Peaky Blinders transformed into the vicious and violent Birmingham Gang.

The Shelby family themselves are a work of fiction, though the Birmingham Gang did come to be led by a man featured in the TV series, yet one presented quite differently to who he was in reality.

“In the early 20th century, a leader of the Birmingham Gang emerges who brings them together in a slightly more organised form,” said Carl. “That leader, is the real Billy Kimber.

“In the series, Kimber is portrayed as a Londoner – a small Londoner. In reality, he was a big, burly Brummie! He was a frightening fighter who prided himself on his fists.”

Kimber and his men went on to fight a bloody war with the real London gangsters Alfie Solomon (not ‘Solomons’, as the series portrays) and Darby Sabini, over the lucrative protection rackets extorting money from bookmakers across the booming post-war racecourses of Britain.

Sabini, as Carl relates, was also presented a little differently in the show to the man he truly was.

“In the series, Sabini is shown as a mafia-style don, with a beautiful suit, speaking English with an Italian accent,” he said. “He was actually born in north London. His mum was English. His dad, yes, was from Italy, but had been long settled in England, and he was from northern Italy – nothing at all to do with Sicily.”

As Carl Chinn’s work makes clear, the real story of the Birmingham gangs, the racecourse wars, and the real Peaky Blinders, is as fascinating as its pop culture representation.

In his earlier published work – The Real Peaky Blinders: Billy Kimber, the Birmingham Gang and the Racecourse Wars of the 1920s – Carl introduces readers to the truth behind this dark and fascinating subject. In his new book – which is about to be published – Carl utilises a wide-range of original sources and interviews to expand on this picture, drawing his readers further into the incredible world that a century ago was a violent but prominent thread in the tapestry of our region and beyond.

“The story is thrilling,” he said. “It’s scary, it’s frightening, and there are lots of lessons to be learned from it about criminality and how we address criminality.”

While as a TV series, Peaky Blinders may be dressed in a cloak of glamour, the spotlight that the show’s creators have shone on this area of history has allowed these lessons to be brought to the foreground.

And with the help of historians such as Carl, we are now able to explore and learn from them in full.

Peaky Blinders: The Real Story, by Professor Carl Chinn, is set for publication by Bonnier Books UK on September 19, priced £8.99.

A signing event is taking place at Waterstones, Wolverhampton, on September 21 at 12.30pm. 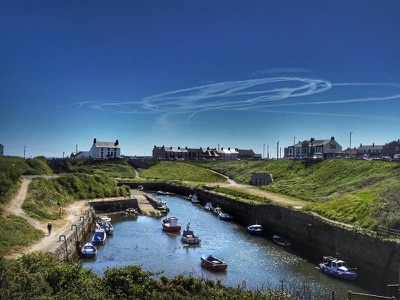