The 22-year-old has impressed since joining the Red Devils from Swansea in the summer.

Daniel James loves flying forwards as part of Manchester United’s increasingly exciting attacks and vowed to keep getting the better of defenders, even if that means more of the clattering challenges he has become accustomed to.

Ole Gunnar Solskjaer’s first signing at the Old Trafford helm was expected to be a long-term project, given the 22-year-old’s £15million price tag and relative inexperience coming off his breakthrough season at Championship side Swansea.

Yet James shone during United’s pre-season tour and has taken to Premier League life like a duck to water, scoring three goals in his opening four matches and going on to produce performances that have surpassed expectations.

“Coming in was always going to be tough and it was going to be different from playing in the Championship” he said.

“I think I’ve taken it in my stride, tried to calm myself down a bit and think ‘I’m here for a reason’.

“At the start of the season, I maybe didn’t think I would play as much.

“Every game I’ve been learning, and the gaffer has trusted me, and I’ve really enjoyed it.”

James produced another impressive display on Sunday, when Andreas Pereira and Marcus Rashford efforts either side of Davy Propper’s own goal secured a 3-1 win that Solskjaer called their “best performance of the season”.

The forward, who turned 22 on Sunday, echoed the sentiments of the United manager, who said his side could have grabbed as many as seven goals thanks to the exciting attacking trio of James, Rashford and resurgent Anthony Martial.

“We’re really enjoying our football at the minute,” said the Welsh flyer, who joked he would have a good race with the similarly-rapid Rashford.

“Maybe it’s taken a few weeks to mould, but we’ve all got that connection together and it’s important.

“Since (Martial’s) come back in we’ve got that focal point. He’s a great link-up player. He can come short or go in behind.

“It’s been important for me and for Marcus since he’s come back into the team to get that interlink.

“Since he’s come back, he’s got goals and he’s got assists and he’s been great for us.”

Martial, back from injury, and Rashford have certainly looked happier in recent weeks, while the only time James does not appear to have a smile on his face seems to be when he is getting up from one of the many fouls on him.

Lewis Dunk’s challenge on him on Sunday led to the free-kick from which Propper prodded into his own goal and the United winger, one of the most fouled players in the Premier League, has the mentality to deal with the rough treatment he gets.

“I’ve been used to it,” James said. “Last season in the Championship I had a lot of hits.

“If a defender hits you and you stay down, he might think he’s got the better of you so to get up and keep going is important.”

Asked about how he continues despite knowing another hit is likely, the Wales international told the PA news agency: “I’ve always had it. It’s important to keep getting back up. It’s part of the game.

“If I can get forward and win free-kicks high up, then it’s good. It’s important to keep getting back up, keep playing and I enjoy it.”

United have received even more of a kicking than James during a challenging start to the season, but there is hope they can now push on in the Premier League.

“It was important to get three points going into the international break and move up the table,” he added.

“When we get back, we’ve got a tough opposition against Sheffield United.

“The boys that aren’t going away on internationals can have a break now and then we’ve got a nice build up next week to go there and really perform.”

Brighton, meanwhile, will try to bounce back at home to Leicester following an Old Trafford loss that frustrated Shane Duffy.

“Probably more because of how we performed,” the defender said of the disappointment.

“Obviously it’s not a massive thing – lots of teams lose here – but we had confidence of coming here and maybe causing an upset.

“But we didn’t really give ourselves the chance to do (that), the way we performed.

“That’s not been us, really, this year. I don’t think we’ve performed like that at all all year, so that was the most disappointing thing.

“Probably not the result, but maybe the performance.” 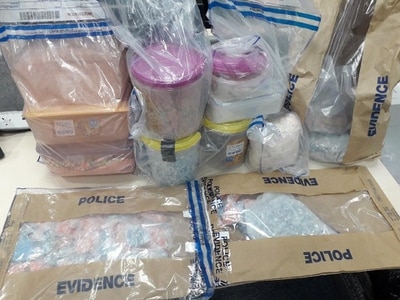