Batsman Steve Smith was on 80 when he turned his head on a 92.4mph bouncer from Jofra Archer and crumpled on impact after the ball struck.

Australia coach Justin Langer admitted the ferocious blow to the neck which felled Steve Smith at Lord’s brought back “rough memories” for his side but lauded the batsman’s courage after he insisted on returning to the crease.

Day four of the second Ashes Test ended firmly in the balance, England 104 ahead with six second-innings wickets in hand heading into a finely-poised final day, but there was only one real talking point after an exhilarating afternoon duel between England’s debutant Jofra Archer and Smith.

Smith was on 80 when he turned his head on a 92.4mph bouncer from Archer and crumpled on impact after the ball struck. The delivery was the culmination of a fierce spell from Archer, who left Smith requiring concussion testing as well as X-rays to his left forearm following an early blow.

Moments earlier Archer had cranked the speed gun up to a remarkable 96.1mph and there was immediate, widespread concern as Smith briefly lay motionless.

It was only five years ago that Smith’s friend and team-mate Phil Hughes died after being hit on the neck by a bouncer during a Sheffield Shield game in Sydney, a harrowing incident for the whole of Australian cricket, not least current team members Nathan Lyon, Travis Head and David Warner, who played in the match.

Happily Smith was able to get up, retiring hurt but returning to action 40 minutes later before being dismissed for 92.

“You never like seeing your players get hit like that, no doubt, there’s obviously some pretty rough memories of a blow like that so…there was no fun in it,” said Langer, who also predicted that optional ‘stem guards’ on helmets might now become obligatory.

“Today was an ugly incident. I know (the extra protection) came in after the tragedy of Hughesy so I’m sure that will get talked about. At the moment, the players have a choice and I wouldn’t be surprised if they become mandatory in the future.

“Thankfully Steve has come through okay. He got another 92 today, what an innings, what a player and what great courage as well, that he came back out.”

There was widespread surprise that Smith opted to return to the middle when Peter Siddle was dismissed, but Cricket Australia allowed him to make the decision after he passed all on and off-field testing under the watch of team doctor Richard Saw.

Langer would have stepped in had he felt Smith was in danger of further serious injury but instead found himself marvelling at the player’s desperation to get back out in pursuit of a Lord’s hundred.

“These guys are like my sons, alright. You’re never going to put them in harm’s way. He was going ‘mate, I just want to get out there. I can’t get up on the honours board unless I’m out batting’.

“He was determined but he wouldn’t have gone out there unless we thought it was OK. I asked him privately, I asked him behind closed doors, I asked him in front of the group.”

Chris Woakes was the man who eventually dismissed a shaken Smith for 92, winning an unusually soft lbw.

He was in in awe of Archer’s efforts in weakening Smith’s control as he moved towards what would have been a third successive Ashes century.

“You want Ashes cricket played hard and tough but you don’t wish injury on anyone, regardless of the situation of the game,” said Woakes.

“It took a serious spell of bowling from Jofra to get Steve out of his bubble because so far this series he’s been incredible. It was incredible to watch and thankfully, having seen Steve on the balcony, he seems OK. For him to come out having been hit the way he was does show some courage and character.”

Woakes said Archer’s bowling was the quickest spell he had witnessed on a cricket field.

“You see quick bowling around the world but that was a prolonged spell of fast bowling,” he said.

“You could tell it was special, the crowd were certainly behind every ball. It was pretty special to be a part of. I haven’t been on the field when someone has bowled that fast consistently.”

5 talking points ahead of this week’s Champions League action 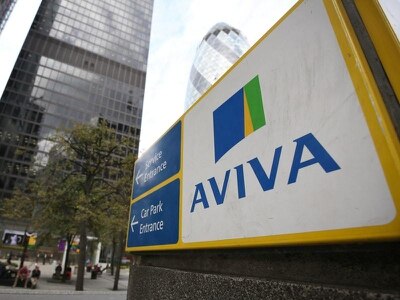