Jonathan Weaver is grateful to play a part for Telford Tigers

Jonathan Weaver should be in the midst of the thrills and spills of the NIHL ice hockey play-offs.

Instead, like many around the world, he is at home, pressed into action as an emergency teacher for his two children.

The coronavirus pandemic brought an early end to the season for Weaver and Telford Tigers, although they just about had time to clinch the League Cup and National League double.

Whether they will get to crown off their year with a quest for play-off glory remains to be seen, although it looks unlikely at present.

But Weaver, who missed a large chunk of the 2019-20 campaign, was just grateful to return in time to play a part in helping Tigers over the finishing line.

“It was disappointing the way the season ended but the one positive for us was that we managed to get the league wrapped up in time,” said the defenceman. “We went into the game knowing that the season was probably going to get postponed on the Monday.

“It was what you work hard all season for, what the boys had put a lot of time and effort into.

“The season ended prematurely, but nobody can take that success away from the boys.

“It was nice to feel that I’d contributed, though obviously nowhere near what the other boys had all season.”

Weaver’s spell on the sidelines came after suffering a concussion against Peterborough Phantoms in October.

And the 43-year-old admits there were some worrying times as his recovery took a lot longer than expected.

He finally made his return in March for the first leg of the League Cup final – ironically against the Phantoms.

“I think it was just a culmination of hits at the start of the season,” he says. “I hadn’t felt great for several weeks but just kept playing.

“It came to a head away to Peterborough. I got hit, nothing out of the ordinary, but lost a bit of consciousness and didn’t know where I was.

“I knew something wasn’t right and spoke to (head coach) Tom (Watkins) and that was it for the time being, I was going to get some checks and see where we stood.

“It was diagnosed as a head injury but took a lot longer to recover than what I was hoping for.

“I’d hoped to be back before Christmas and was skating before then with that in mind, but it didn’t go well.

“Then I tried again in January and still didn’t feel great. I rested for a few more weeks and still wasn’t 100 per cent when I came back for the cup final.

“I told Tom ‘Use me or don’t use me. If I can go and help the team I will and if not I’ll be there as a cheerleader’.

“It was nice to go out and have an impact and be back on the ice and around the boys more than anything else.

“Any other type of injury it’s four weeks and you know that, or it may just be a week either side. If it’s a broken bone or torn muscle you know these things and what you need to do to get better.

“When it’s a concussion, and I’ve had several over the course of my career, it is worrying because you don’t look any different.

“You feel different but, from the outside looking in, you can go about most of your normal daily life and you look all right.

“It was quite a worrying time and not a nice feeling at all. Even watching hockey was hard to do.

“As a sport we don’t do enough, nowhere near. More needs to be done, especially for youngsters to protect them.

“There was certainly no protocol in place when I was growing up. It’s getting a little bit better now but we are still way behind other sports.”

Weaver’s six years in Shropshire have brought plenty of highs on the ice. But there have been tougher times too, including when the club went into voluntary liquidation in 2016 with debts of about £500,000.

“I came when there was investment from Wayne Scholes and people probably look back at that and think we bought the league,” he added. “We had a lot of good players that first year and walked the league quite easily. A couple of years later we won the league again but that was a little bit harder; Wayne pulled out and we lost a lot of guys.

“I suppose everyone had the opportunity to go, we weren’t getting paid when Wayne pulled out. They were seeking investment from a couple of sponsors and thanks to them the club kept going.

“We were top of the league. Yes we might have lost some money, but you don’t play for the money, you play to win.

“I think the guys who stuck around were the ones who were desperate to win and we ended the season with a lot fewer players than we started with.

“Some chose to leave, but for the guys who stuck around it was very rewarding at the end of the season when we did win it. It’s one of the better memories I have of hockey in this country.

“I think this year for the team to be where it is now, considering where it was two or three years ago – in turmoil and not knowing what was going to happen – (owner) Mike (Washburn) and Tom have done a great job in steadying the ship.

“For the team, and Tom and Mike, it’s been hugely successful and, if you were to ask them, possibly the most rewarding.

“The foundations are there for a good, solid club. Budget-wise we were probably one of the lowest, there’s a few teams spending more than we were.

“So to win the league and cup was a massive, massive achievement and very satisfying for everybody involved.”

But his close relationship with Watkins, who also hails from the North East, has played a big part in helping him settle in Shropshire.

“He was a Durham kid, I was Sunderland,” adds Weaver. “I’ve known Tom pretty much most of my playing career.

“I played with him at Coventry, where we won a couple of championships, and we’ve both got children the same age.

“He doesn’t lose his mind too often. He’s quite calm, which sometimes I’m quite surprised at. He says what needs to be said and the times when we do need a kick up the backside he’s there to give it to us.

“Tom is Telford Tigers. He was there in the dark days when I used to speak to him and they hadn’t won in 20 games or something and were bottom of the league.

“He was there week in, week out and clubs need people like him around. If it wasn’t for him and some others who have helped along the way then the club wouldn’t be there.

“It’s not a hard decision to make when he asks me to come back. We have a good bunch and when you’re surrounded by decent people it’s an easy choice.” 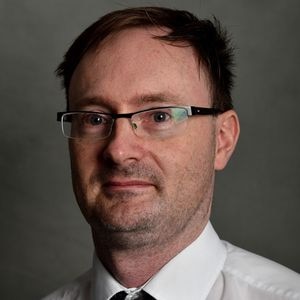 England’s new Covid rules – how will they work?

Jailed: 'Spiteful' thug raped and assaulted woman before trying to burn down her house

Lorry overturns on A5 island near Weston Park

Shoppers urged to 'find it in Shropshire', as independents fight back online

Peter Rhodes on honouring a warrior, some bizarre subtitles and the importance of a large pinch of salt

LETTER: Need for priorities on who is first to get Covid vaccine

Jailed: 'Spiteful' thug raped and assaulted woman before trying to burn down her house

Huawei ban from UK networks to be cemented with new Bill

What a hoot! Tiny owl rescued from giant Christmas tree

China launches mission to bring back material from moon