Runners are up for a challenge

Ludlow runners have been motivated to remain in shape during the coronavirus lockdown by completing a series of challenges – as the club aim to pass a milestone, writes Lewis Cox.

Organisers at Ludlow Runners had noticed members struggled with motivation to exercise early on in the shutdown, but in just two weeks later have seen more than 500 running challenges completed.

With more than 150 entrants completing tasks from running in the rain to running 8km off-road, the club envisage that more than 1,000 challenges will have been hit by their deadline of Saturday, July 13.

The club decided to help inspire its members by laying down 10 running or walking challenges of varying difficulties, to ensure they are motivational and attainable across the board – with photograph and Strava run tracking proof required for the challenge to count.

Challenges included a testing walk or run of 12km as well as an 8km off-road run. Tasks were set at a minimum of 3km.

There was no limit on the distances and some of Ludlow’s elite members stretched their legs to the extreme, clocking up more than 30-mile efforts.

A twist on the running and walking challenges set out that members had to spell their names in the routes they completed on the streets of Ludlow.

Other tasks set by organisers included a run around a lake or pond, a run in the pouring rain and a run that included a 200m elevation gain.

Members were also challenged to complete a 5km run, complete a run consisting of five laps, running in Ludlow Runners clothing, a 12km run or walk and 5km run where each kilometre is quicker than the previous.

Grant Wilson, who completed a 200km charity effort, has completed the most distance.

Ludlow Runners believe that more than 6,000km will have been completed by the mid-July deadline.

There will be one more prize on offer for all members who complete the 10 challenges, with a grand prize draw to take place at club sponsor Ludlow Brewery on July 12. The club have also made weekly spot prizes draws.

Runners are up for a challenge 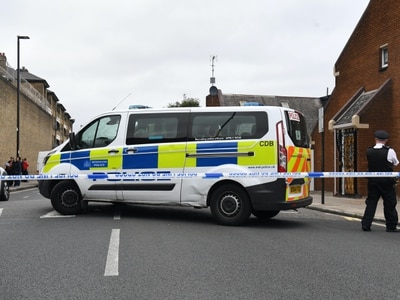