Boss Paul Birch leads from the front for Ellesmere 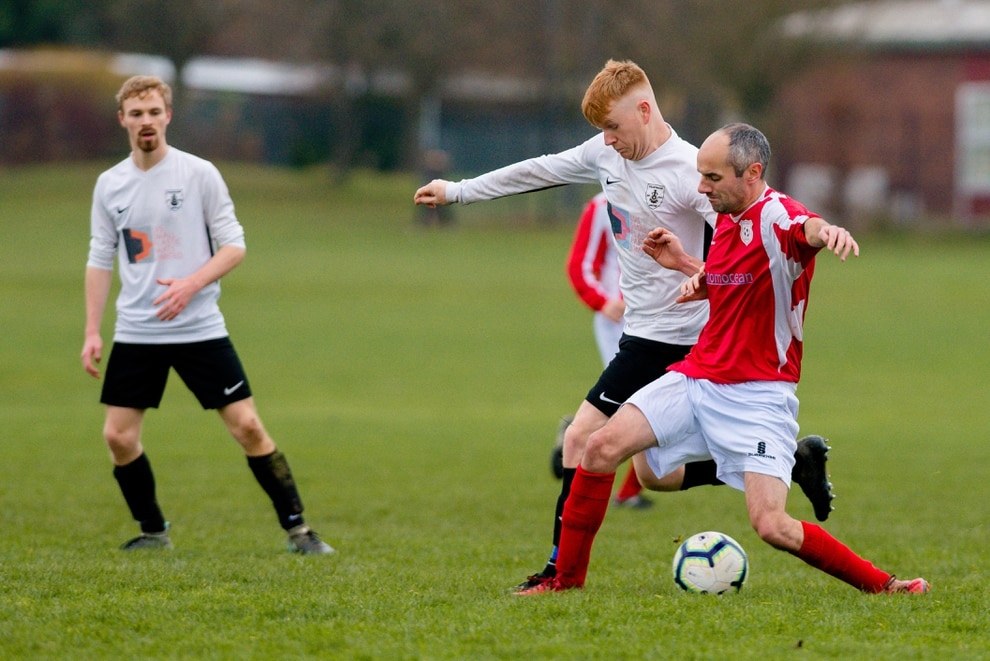 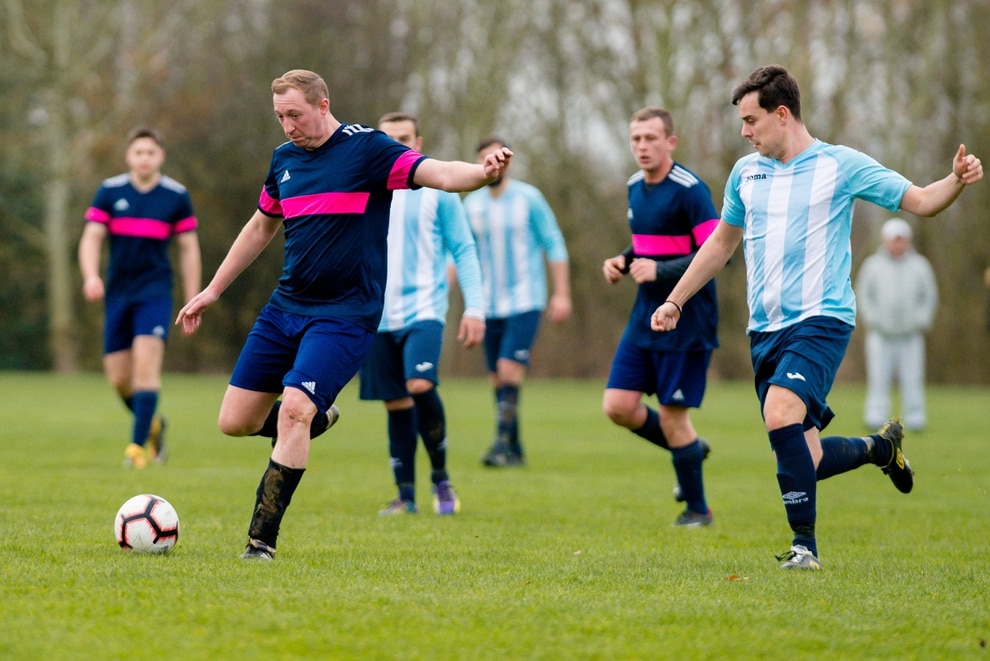 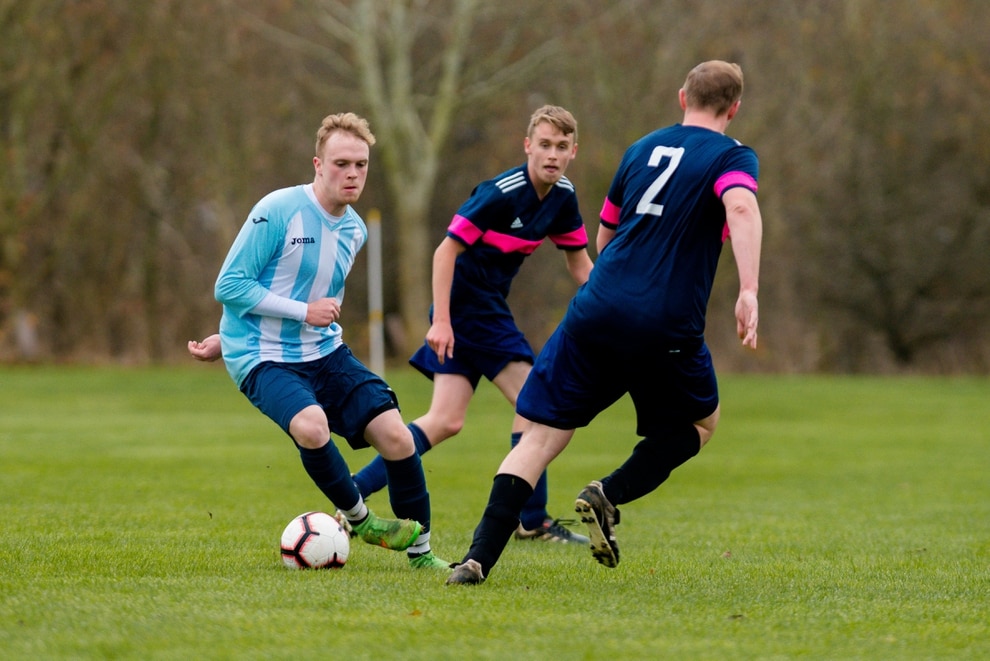 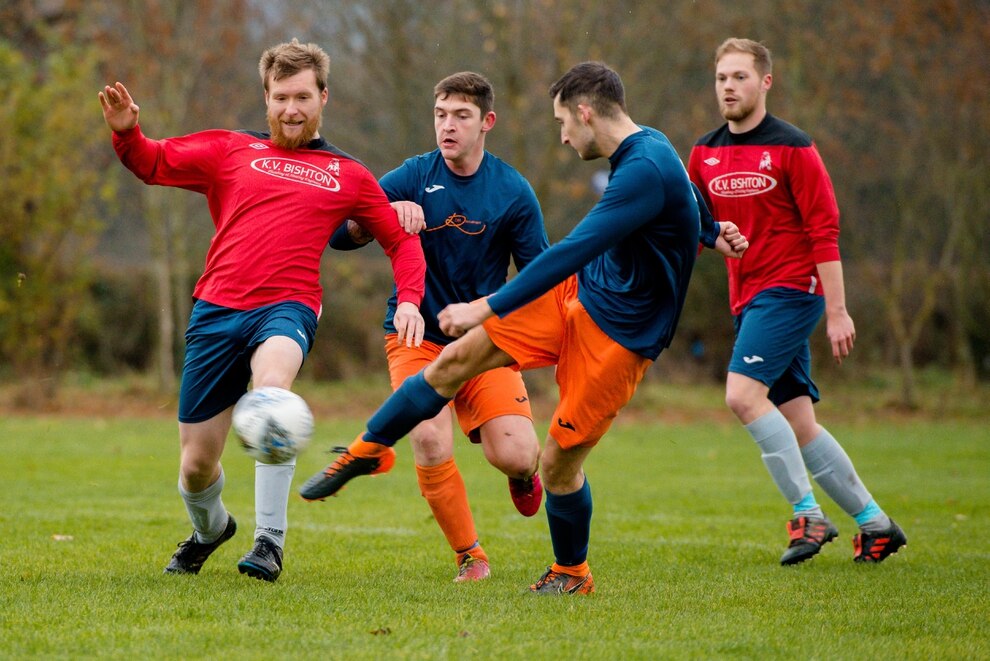 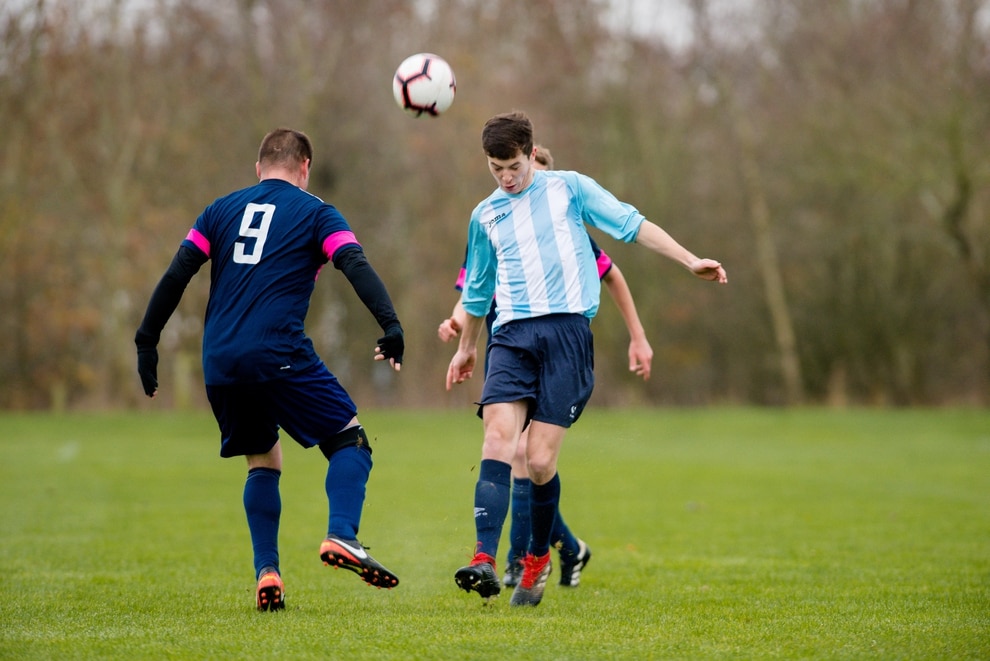 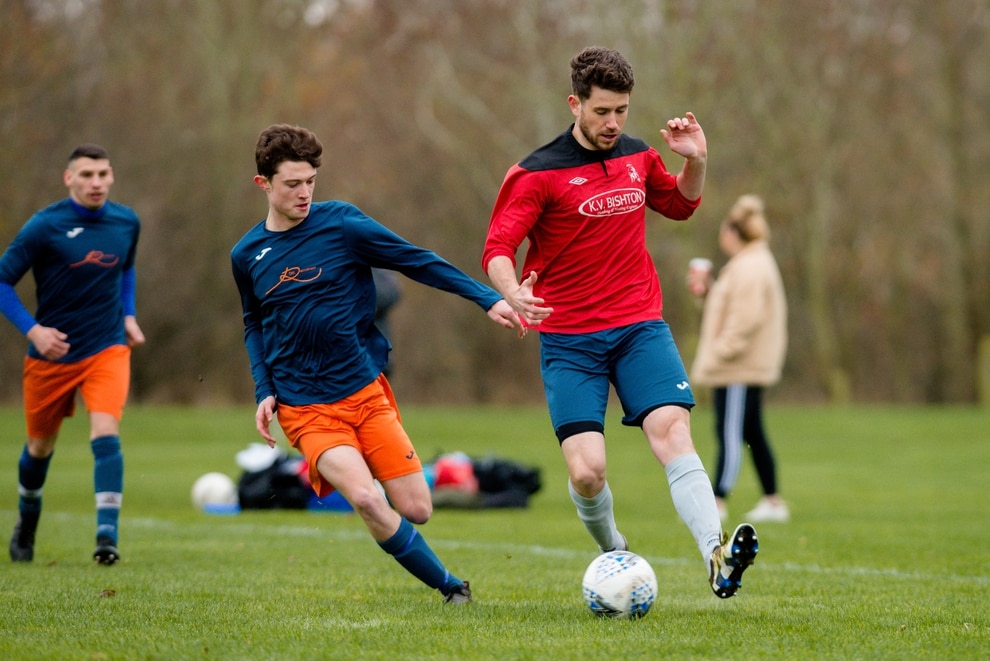 The 52-year-old rolled back the years with a two-goal blast in his side’s 7-0 Division Two success at Fountain, writes Dave Sandles.

James Brett and Arron Gough were on target for the Barn with Craig Harding notching for Athletic. The win leaves Red Barn in second place, three points behind Boars but with three games in hand.

Heath Farm were left to rue numerous missed chances as they went down 1-0 to Bull in the Barne. Sam Quigley grabbed the all-important goal.

Dun Cow slipped to a 2-1 reverse on home soil to Bocca Seniors.

Conner Davies struck for the home side, but goals from Dan Tinsley and Alex Allman saw Bocca head home with the points.

There was just one Premier Division clash, but that provided plenty of goalmouth action as Snailbeach won 8-3 at Radbrook.

Adam Davies was the star turn for Snailbeach with a five-goal blast. Jamie Hyde (two) and Joe Byers added to his tally with Dan Hughes, Luke Taylor and Richard Benbow finding the net for the home side.

Coton Rovers climbed up to fourth in Division One thanks to a hard-earned 2-0 success against Saha\Peacock – Will Smale and Ricky Gayle bagged the goals.

Minsterley made it a magnificent seven wins from seven games in Division Three.

The table-toppers were made to fight all the way by hosts Old Post Office but finally ran out 2-1 winners thanks to a double from Jat McQueen. Kalle Bridges scored for the home side.

Monkmoor found their shooting boots to run out 7-3 winners against Crown. Glen Bowen, Owen Holdsworth and Jamil Kezze all netted twice for Monkmoor with Shane Morgan rounding off their scoring.

Harry Roberts, Aaron Williams and Jamie Collins were on target for Crown.

Two goals from Dan Parker and one from Lewis Brown saw the leaders to 3-1 success against their second-placed visitors.

John Darlington bagged what proved to be a consolation for Compasses.

Coracle United are third after a resounding 8-1 victory at White Horse. Ryan Mansell led the victory charge with a hat-trick while Alex Ryder struck twice and Jon McKee, Jake Felstead and Connor Davies once each.

United are now three points behind Compasses with two games in hand.

Steam Wagon eased to a 6-1 triumph against Dun Cow Youth while Talbot/Baschurch lost 2-1 to Beacon Rangers.

James Burgess scored for Talbot, but Beacon headed home with the points thanks to goals from Josh Randles and James Francis.

Sam Lewis bagged a hat-trick to fire Bomere Heath through to next round of the A Rogers Management Shield.

In the SHB Management Cup, Brockton bounced back to winning ways with a 5-2 verdict over Wheatsheaf. Mike Booth, with a treble, Luke Taylor and Richie Benbow saw them home. Phil Smith and Kyle Dawson replied.