Awards served up to Shropshire aces

Dedicated volunteers from around Shropshire stepped into the spotlight as the county winners of the British Tennis Awards were unveiled. Ian Gillespie - Coach of the year 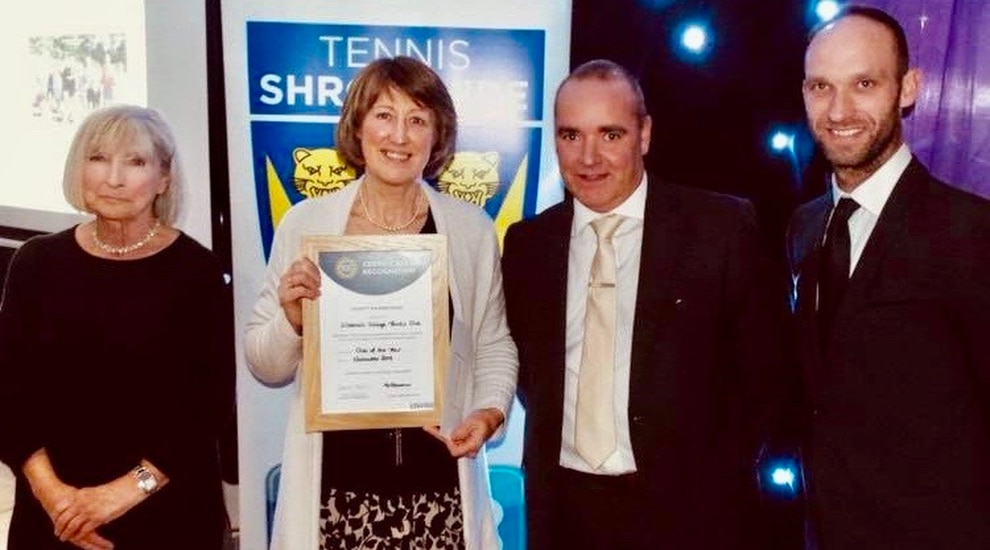 Pauline Coffey collected the Club of the year award 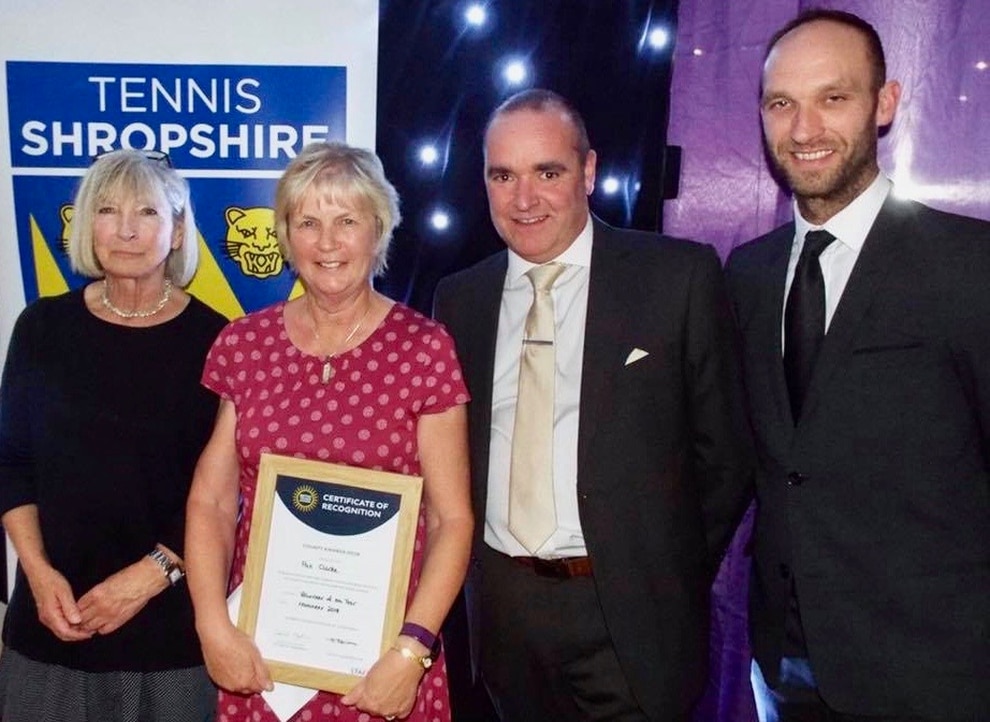 Pat Clarke - Volunteer of the year 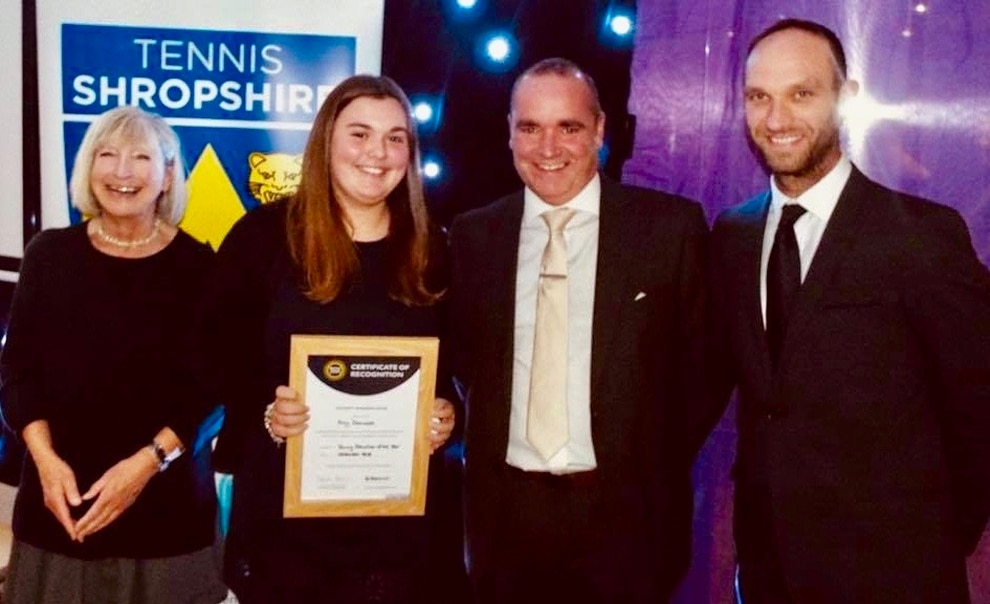 Awards were presented in 10 different categories at the popular annual Tennis Shropshire event hosted by The Shrewsbury Club.

Winners of the county awards will now go forward to the regional awards for the Midlands and, potentially, the national awards, with the overall winners to be announced at Wimbledon next summer.

Now into its fourth year, the awards, an initiative of the Lawn Tennis Association, Tennis Foundation and 40 county/national tennis associations, highlight the sport’s unsung heroes.

It also serves as an opportunity to acknowledge schools, clubs, parks and community venues in bringing players and tennis lovers closer to the game they enjoy so much.

Bob Kerr, the chairman of Tennis Shropshire, said: “Congratulations to all of this year’s winners and to everyone else nominated. There were some extremely difficult decisions for the judging panel, which accurately reflects the very high standard of those shortlisted.

“We are fortunate in Shropshire to have so many excellent tennis clubs and such a dedicated band of volunteers. A host of other exciting initiatives help introduce others to our wonderful sport.

“The awards night is always an enjoyable evening, so we are grateful to The Shrewsbury Club for once again kindly sponsoring the event. Thanks also to Sarah Downes for all her hard work as the awards co-ordinator for Tennis Shropshire in helping to make the night such a success.”

Clive Knight, a trustee at Oswestry Team Tennis, received the lifetime achievement award. A former tennis development manager for Shropshire, his other previous roles include being chairman at Criftins Tennis Club.

Lilleshall Village Tennis Club was named as club of the year, with Shifnal Tennis Club’s Ian Gillespie taking the coach of the year accolade.

Alex Cleland, from Shifnal, a referee at the age of 21 and chair umpire at 24, was selected as official of the year. The youngest person to officiate at Wimbledon in the modern era, he has been asked to join the LTA chair umpire development group which identifies him as an official with outstanding potential.

Telford Tennis Centre’s Down’s syndrome programme was named as disability programme of the year, while the Road to the County Championships, which helped prepare young players around the county for this summer’s annual event, was the competition of the year.

Oswestry School received the education programme of the year award, with Shrewsbury’s Monkmoor Recreation Ground again named as community venue of the year.

Shifnal have got to do better, despite cruise at Wem