Tom Matthews a star in the States

Oswestry Golf Club star Tom Matthews is making waves across the pond after being shortlisted for a prestigious award.

Matthews was in the sophomore – second – year of a junior college scholarship at East Florida State College and is one of six finalists in the Jack Nicklaus National Player of the Year Award.

The award, named after the 18-time major winner, highlights the top junior college players across the whole of the United States and Matthews, who remains a member at Oswestry and is currently back at his family home in Wrexham, impressed in his second season to make the grade.

He secured one victory and six top-five finishes in his 2020 season before the coronavirus pandemic halted his progress and brought him home.

The former Shropshire & Herefordshire boys captain, who turned out for Wales in the Welsh Open Youth Championships in 2019, was also selected as one of five top players in the NJCAA Division One.

Matthews has revealed his pride at landing a spot on the Nicklaus final shortlist – a prize previously won by Tiger Woods and Phil Mickelson – after falling just short at the semi-final stage in his first year in Florida.

The winners are scheduled to be named at the Memorial Tournament in Ohio next month.

"It's another good achievement. Last year I made the semi-final. It's a bigger and better step," Matthews told The NCG Podcast.

"I'm really impressed and happy I've got to the final, but in my mind I've still got to go and win it, which is ultimately my main goal.

"But I'm really happy to get there, it's pretty special to be under the Jack Nicklaus name because he's potentially the best golfer that's ever lived, I'm really proud.

“It’s a great honour to be shortlisted for this award, and hopefully it is a stepping stone to my dream of playing on the PGA Tour."

Matthews was on course for a place in senior college in America before the worldwide pandemic brought play to a close.

He had a spot at Appalachian College, a senior University in North Carolina, confirmed but the COVID-19 crisis has meant that is no longer available.

He has been offered a place back at East Florida, but that is dependant on the easing of lockdown measures stateside.

The sunnier climes of Florida are some way from the Welsh border, where the youngster grew up. First introduced to golf by dad Rhys, the burgeoning star emerged through the ranks at Oswestry Golf Club.

Reeling off the advantages of a golf scholarship across the pond, Matthews said: "You don't get student debt, it's paid through scholarships, but it's mainly the weather conditions. From October or November to February you can't really do much (in the UK) but in Florida I'm still in shorts and t-shirts in December.

"It's an experience playing out of your shell, playing around the world, meeting new players, opening the horizon to what else is out there and seeing the standard you need to get to and beat or compare yourself."

Reflecting on his broken 2020 season, he added: "It wasn't how I wanted it to go but after I took time out and spoke to friends and family I look at the record and think it's good and consistent.

"It may not be to my expectations but I know if I'm not firing on all cylinders and finishing pretty high I know consistency is there.

"It gives me more drive and self-belief to still be there or thereabouts and produce some more wins."

Matthews, who after a three-week break from his clubs built a net in his back garden, says he is 'fortunate' for the understanding of his home club Oswestry, who allowed him back to play while socially distancing after lockdown measures were eased last month.

"They've been great. I live so close to the English border, we've been quite fortunate, they were telling us to play with the people you live with and keep social distancing, they've been fantastic in how they've controlled the whole situation with players in the club," added the youngster.

"I'm grateful they've been able to do that otherwise I wouldn't be able to play golf or practice anymore.

"Every golfer wants to compete in events and win everything. This (pandemic) is a massive wedge put in the door, but if you're aspiring to get to tour level you've got to move on and be tunnel-visioned while planning and stay focused." 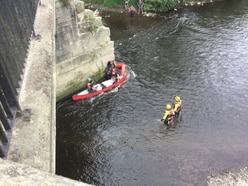 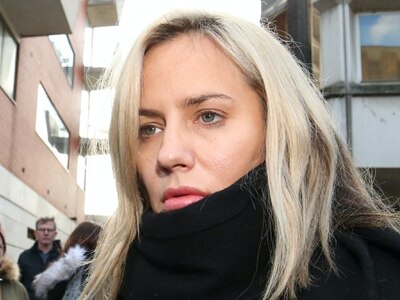 Police and prosecutors ‘had it in for my daughter’, Caroline Flack’s mother says