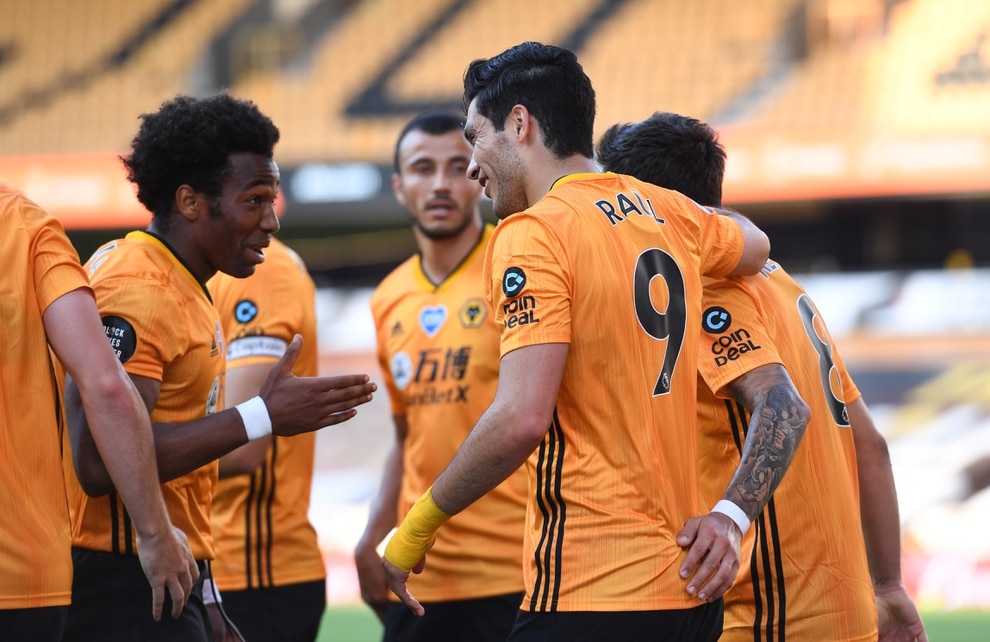 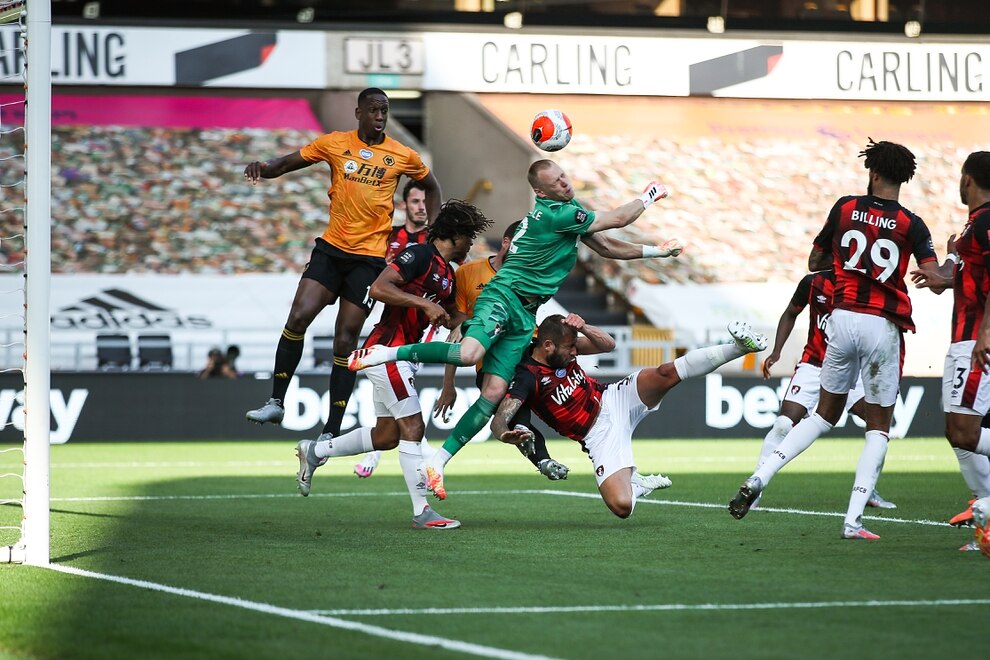 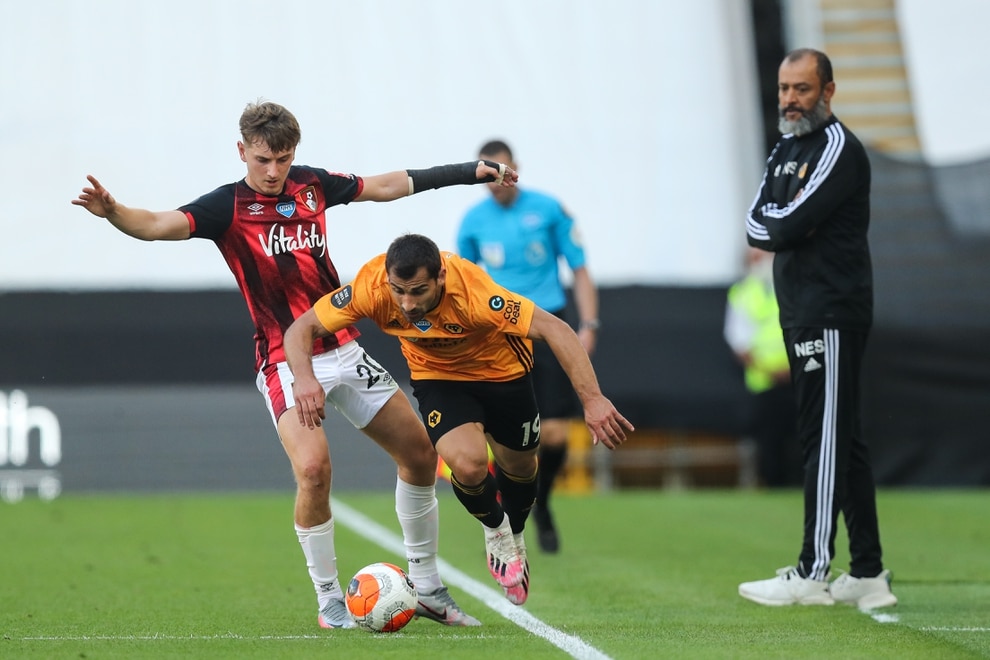 David Brooks of Bournemouth and Jonny of Wolverhampton Wanderers (AMA) 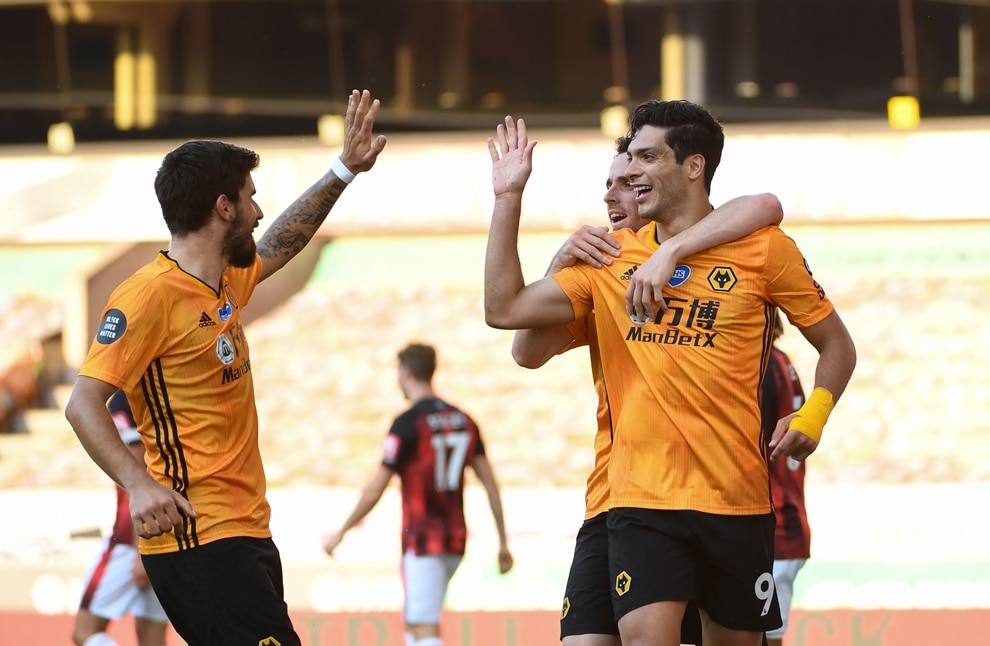 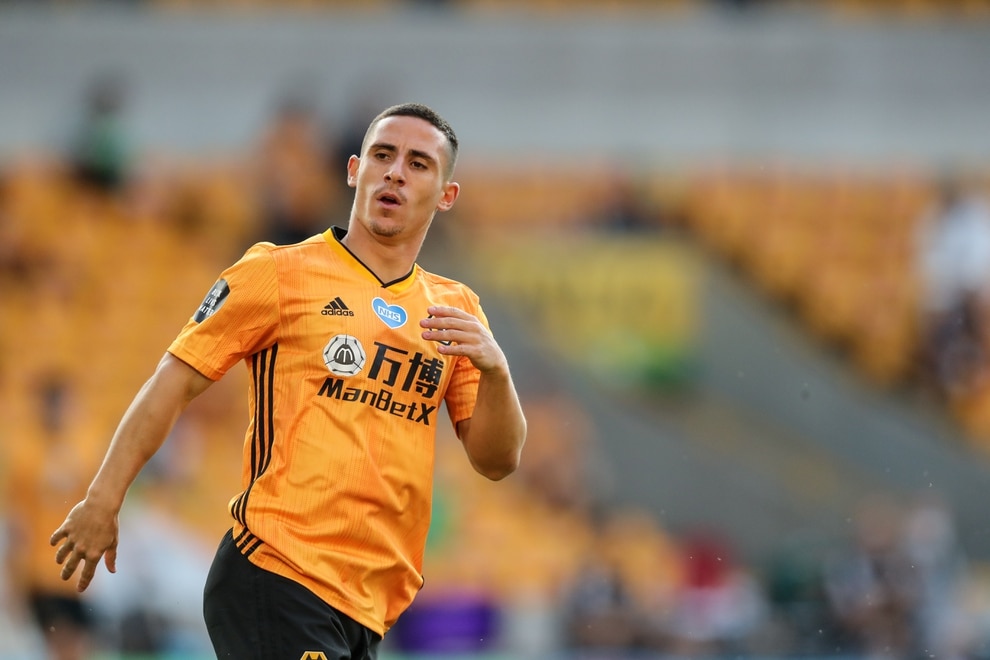 In textbook fashion, Adama Traore was the provider and Raul Jimenez the scorer as three more points were claimed in the race for Europe.

A beautiful cross was met by the Mexican's head on the hour and was the 10th time the pair have combined for a goal this campaign - the greatest tally of any Premier League pairing.

Two wins from two for Wolves in the behind-closed-doors era and still sixth in the table. A solid night's work.

This was very much a case of history repeating itself. An evenly-contested game with not much in it - until Traore and Jimenez combined to devastating effect.

What a partnership it is. Just like at the London Stadium, Traore knew exactly where Wolves' No.9 was.

It was another magnificent delivery - and resulted in a straightforward finish for the Mexican.

Credit to Eddie Howe's side, they put up a decent fight, especially in the first half when they frustrated Nuno's men by pressing with a lot of vigour.

But after the break, Wolves began to pile on the pressure and, in the end, managed to make the breakthrough.

In what would have been a real case of déjà vu, Pedro Neto almost doubled the advantage as he split the Cherries defence apart with a long-busting run at the end, but pulled his shot narrowly wide.

It was not a classic and the fans were sorely missed at Molineux, although the club did their best to replicate a normal matchday.

But, ultimately, it is another sweet win for Nuno's charges, who move a step closer to sealing European football once again.

Wolves - at a sun-soaked, banner-covered Molineux - made just one switch from the 2-0 win over West Ham.

After changing the game as a substitute at the London Stadium, Traore was included in the starting line-up instead of Leander Dendoncker, with Nuno's charges shifting to a more attack-minded 3-4-3.

Neto may have been disappointed to still be on the bench after his stunning volley that wrapped things up against the Hammers.

It seemed the mentality, though, was to heap pressure on the struggling Cherries right from the start and blow them away with pace and guile, while the aim of the visitors was very much to keep things tight.

They began in a defensive-looking 4-5-1, with Callum Wilson leading the line by himself and Josh King missing out altogether through injury.

Attacking towards the South Bank mosaic, it was Bournemouth who fashioned the game's first half-chance.

Philip Billing, who caused Wolves a lot of problems when with Huddersfield last season, saw his tight-angled effort saved by Rui Patricio.

The Portuguese then punched away a high ball into the area, wiping out Nathan Ake in the process - the Cherries man able to carry on.

It was not the most convincing of starts from Wolves, with the away team appearing fresh and pressing well.

Ruben Neves took aim from trademark range on the counter, but his powerful drive sailed comfortably wide. A long punt from Patricio then nearly released Diogo Jota, who, in the end, fouled Adam Smith.

Wolves, though, were still trying to put together proper passages of play.

In the closing stages of the first period, they did start to impose themselves more in the final third, with Jota and Traore both winning free-kicks in promising positions.

Nothing came from those, though, and Nuno's men became a little agitated.

Romain Saiss went into the book for obviously tripping Wilson, while Neves was also cautioned for cynically stopping a break-away dead in its tracks.

Bournemouth, to their credit, were refusing to give Wolves much room to work in, and, as a result, the front three of Jota, Traore and Jimenez had seen little of the ball by the time the first period came to a close.

A Traore strike from the edge of the box which went high and wide just before the interval was about the best they managed.

Wolves, though, did make an encouraging start to the second half. Traore raced to the byline a couple of times and sent crosses into the box. Both were dealt with, but it was more like it.

Nuno's side have a well-documented record of turning on the style after the break, so there was reason to be hopeful as the clash progressed.

Joao Moutinho's lofted diagonal pass found Jota, who worked a yard of space before seeing an apparent cross tipped over by Aaron Ramsdale. Jimenez then surged towards the box but held onto the ball for too long before being crowded out by a few red and black shirts.

Wolves were definitely knocking on the door, and on the hour mark, they smashed it open.

In what was a carbon copy to the opener in the capital last weekend, Traore beat his marker before directing the ball right to the head of Jimenez - left with another simple finish from close range.

That made it a goal in each of the Mexican's four games against Howe's outfit.

Immediately after breaking the deadlock, Nuno turned to his nine-man bench and brought Neto on for Jota.

Then, in an effort to shore up the midfield, Dendoncker replaced Traore in the 72nd minute.

And Wolves did manage to see it out with relative ease with help from the busy Belgian, with Neto dragging an effort wide after bursting through the Bournemouth backline right at the end.

They are feeling good ahead of Saturday's encounter with Villa. 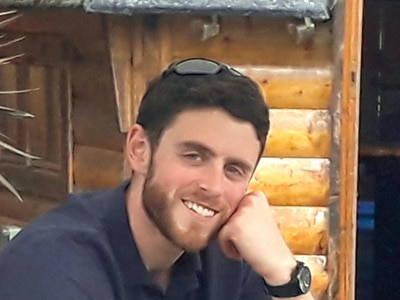 Remote workers could relocate to Barbados under new year-long visa