Work on redeveloping Molineux will start next summer at the earliest – as Wolves dream of building an iconic national venue. 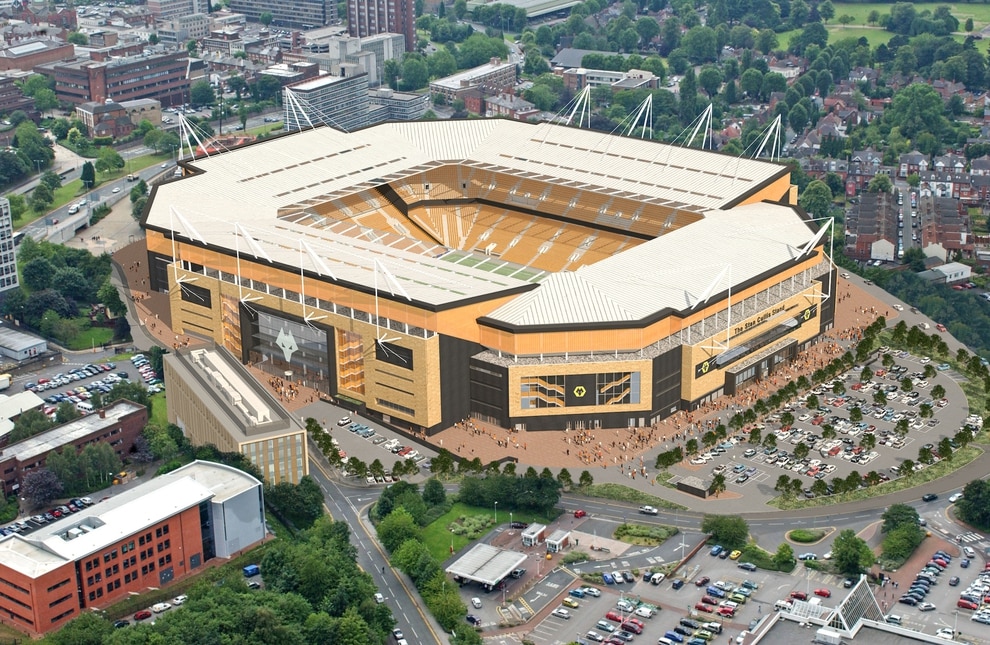 The stadium's capacity is set to soar in the coming years

Wolves plan to increase the stadium's capacity to 46,000 with a multi-million pound redevelopment.

The Steve Bull stand and the South Bank will be expanded and improved as part of an ambitious long-term project.

But the huge rebuilding job won't be rushed, with managing director Laurie Dalrymple telling the Express & Star they want to build a multi-use stadium that people will visit every day of the week.

"We want to be seen as an iconic venue for a multi-purpose use, not just in the Midlands but nationally as well," Dalrymple said.

"We want this stadium to become not just a fantastic football venue but also a choice for non-matchdays.

"It would be unforgivable if we redeveloped without other business uses in mind."

Wolves have no plans to move away from Molineux but the current stadium presents challenges and issues, particularly behind the Steve Bull stand where there is little room to expand.

Dalrymple said that was the 'key challenge' for the project's architects and designers.

He added: "The Steve Bull stand is 20 metres from the pitch, so we've got more space to play with than people necessarily think.

"We're the heartbeat of this community and it's important that's maintained. One of the greatest attributes we have is that we're a city centre located football club.

"We're comfortable in terms of the capacity market for this region – in the medium to long-term, mid to high 40,000s. We can deliver that at Molineux."

Club bosses are currently giving the stadium a makeover with rail seats set to be installed in the whole of the South Bank, while new gold seats are replacing old ones in the Steve Bull and Billy Wright stands.

The concourse and hospitality areas are also being improved.

Dalrymple said of the long-term plan: "The place we want to get to as quickly as we can is develop the Steve Bull stand and the South Bank.

"We've done a huge amount of work with a consultancy that specialises in stadium and capacity modelling – they've worked with a number of other big clubs, not least Liverpool when they redeveloped their main stand.

"We're talking with key stakeholders and the council remains fundamental to what we're doing, we have to have their support.

"The difficulty is because we're not moving off site, it provides restriction for us to execute that plan.

"We can only pick summer windows. The development work won't happen this summer. It would be great if it can happen next summer but I wouldn't be necessarily holding us to that date.

"There are a number of areas to finalise, around planning, design work and funding.

"We want to make sure we're self-sufficient. That's one of the big differentials with how maybe other clubs are funded and developed.

"This summer is about developing what we've got and making it the best environment for our fans."