Rafael Camacho: Who is the Liverpool youngster drawing Wolves' gaze?

Wolves hope to make the signing of Liverpool starlet Rafael Camacho this summer, but who is the Portuguese youngster?

Here we take a proper look at the right sided midfielder who could be set for Molineux...

*Only two senior appearances, one FA Cup, one Premier League - no goals and no assists.

What kind of player is Rafael Camacho?

A young and talented right-sided player, Rafael Camacho has been on British shores for a while now, having joined Liverpool from Manchester City's youth side.

Whilst he's rarely featured at senior level for the Reds his performances at U23 level have certainly caught the eye, giving Jurgen Klopp food for thought and earning the youngster two appearances for the first-team at Anfield.

Coincidentally, one of those appearances came against Wolves in the FA Cup last season, which fans will remember well as Nuno's side went on to win 2-1.

Camacho started at right back that day in a four-man defence - a position which Klopp has been keen on the youngster to play, although there is a difference of opinion surrounding his best position.

Preferring a more advanced role, the 19-year-old netted 12 times for Liverpool's youth side last season, including eight goals in 14 appearances in the PL2.

Camacho did so well in the PL2, he was shortlisted for the Player of the Season award in the competition, missing out to Brighton's Aaron Connolly.

He seems most comfortable in an advanced position running at opposing defenders, using trickery and skill to create chances.

Pace is a big part of his game too, Camacho has the ability to fly by defenders and opposing wingers with or without the ball.

Because of his fledgling years, you'd imagine that there's plenty more to come from the youngster as he continues to develop, although he'll likely need to settle on a position if he's to flourish.

Will he fit in at Wolves?

Whilst Camacho seems to fancy himself as a winger, it's likely that should he link up with Wolves that he'd be utilised in a right wing-back role - unless Nuno heads back to the 3-4-3 formation which saw resounding success in the Championship.

In the Premier League, Wolves tweaked their formation to a 3-5-2 style, with Jota and Raul Jimenez up top with three central midfielder flanked by wing-backs.

Matt Doherty had an outstanding season, but should he get injured or fall out of form there is no true replacement to come in, other than shifting Jonny across and having Ruben Vinagre start on the left flank. Adama Traore was also used sparingly in the position.

Camacho would provide competition for Doherty at the RWB slot, and also offers plenty of potential and possible sell-on value.

With quality going forward and at the back, he'd undoubtedly suit the position, although whether he'd managed to knock Doherty down the pecking order is another question.

He also has the ability to play in central attacking midfield, although you'd imagine that he'd be favoured in his more natural position on the flanks under Nuno.

Given his clear desire to create and score goals, a role at RWB at Wolves would suit him better than as a full-back in a flat four. With less defensive duties to worry about, he'd certainly have license to go forward in Wolves colours.

What is Rafael Camacho capable of?

Take a look at the video below to see some of Camacho's highlights for Liverpool.

"He is good in defensive challenges."

"He’s an offensive player in his mindset and everything but look at our full-backs and where are they most of the time? You need these offensive skills.

"On the other side, there will be moments when you are alone on the pitch against a world-class player and they are looking to nutmeg you or whatever.

"It is the learning process Robbo [Andy Robertson] went through. He was a fantastic left-winger but played full-back and now he is a full-back. That’s really cool."

"Rafa Camacho will tell you that it’s probably not his favourite position but he can become a top wing-back if he wants to.”

Camacho on playing in defence:

"I do not know whose idea it is, but I will prove that they are mistaken about my football."

"I'm not a right defender, I'm an attacker who scores goals. This is my DNA."

“The boss is asking me to do a job as a right-back for him.

“He wants to see me defending-wise and I’m just trying to do my best to help the team.

“(I want) to impress and give everything everyday to show the boss and help the whole team and show I can be a part of this Liverpool squad and go from there.”

"Jurgen Klopp is my father in football"

"Boss Jurgen bet on me and chose me to be part of his team.

"Boss Jurgen believed in me and launched me into the Premier League.

"Boss Jurgen will be a part of my life forever, because it was he who pitched me into the most competitive league in the world."

"Boss Jurgen will be unforgettable for me and my family. I believe in boss Jurgen, and I know he believes me, too.

"The boss knows better than anyone, that if he gives me an orientation on behalf of the team, I will give 200% for the boss, the team and the club. My gratitude for Klopp will be eternal."

Camacho on learning his trade at Liverpool:

“You learn every day. The quality there is very good, it makes you a better player,"

"[My senior debut] was very good, a proud moment obviously. It shows the manager and the first team give opportunities – I just have to keep working hard."

Johnny Phillips' Bitten By Wolves: When Wolves handed out contracts on BBC One... 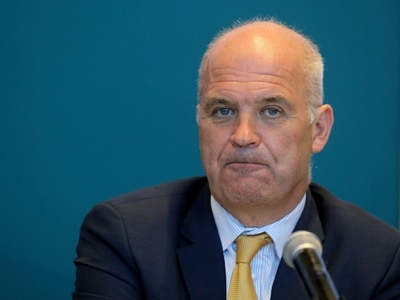