Shrewsbury Town have revealed their new home kit for the 2020/21 season. 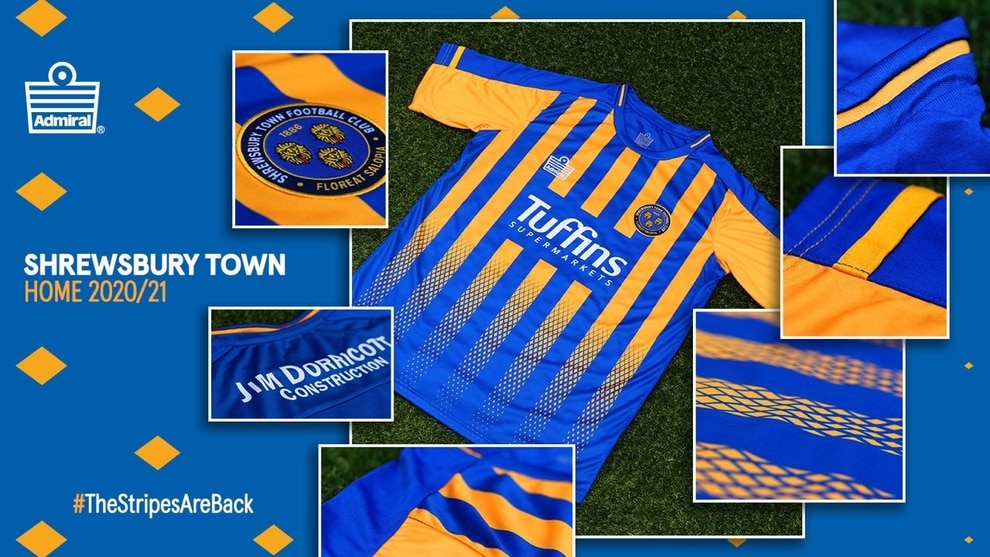 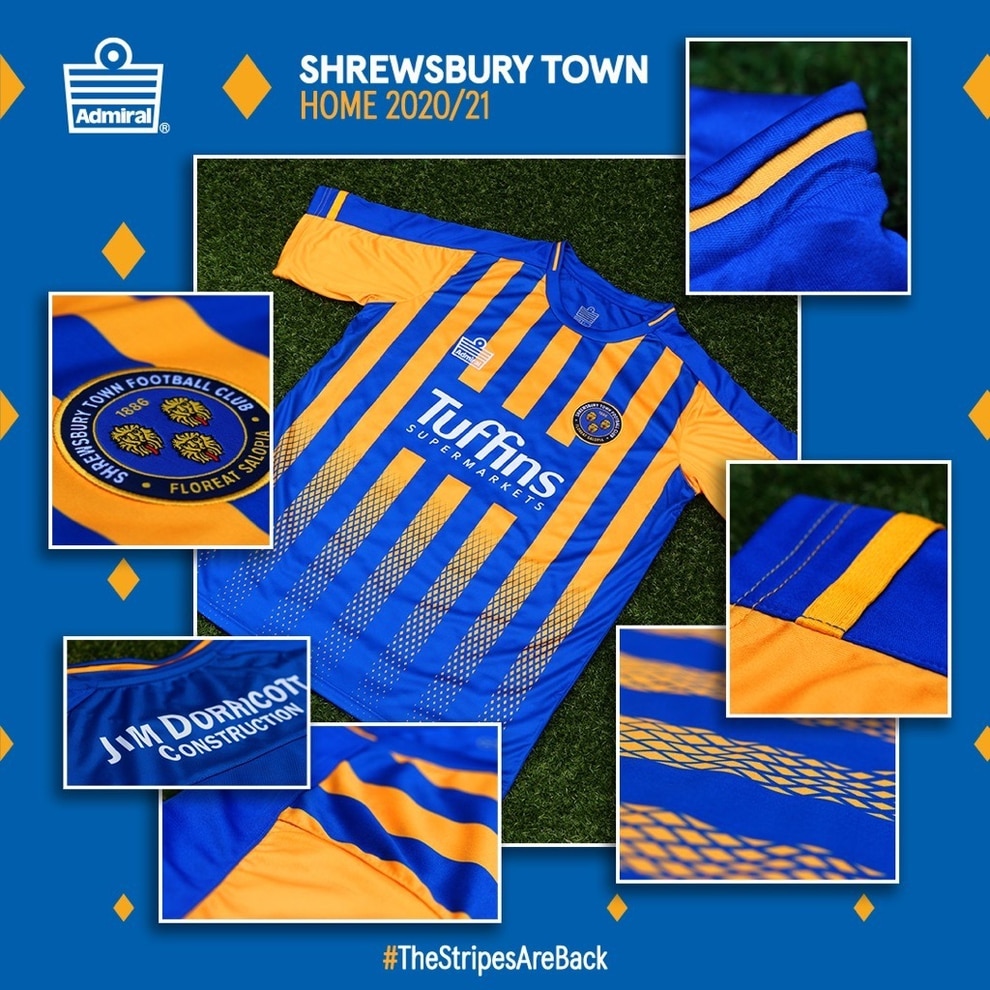 The shirt features a return of the club's iconic blue and amber stripes, which fade down into a blue diamond pattern.

The kit is available to pre-order from the club's online shop from Monday morning (9am) until Sunday, August 16. Prices have been frozen at £40 for adults and between £20-£30 for junior sizes.

Shorts and socks are predominantly blue, featuring some amber detailing.

Shropshire supermarket Tuffins remains the club's main shirt sponsor, Reach Digital Telecoms sponsor the shorts and the club have been supported by new sponsor Jim Dorricott Constriction, which will feature on the back of the shirt.

The stripes return to the home shirt after last season's kit featured a single horizontal amber stripe flanked by blue.

Chief executive Brian Caldwell said: "We are delighted to reveal to supporters next season's kit, as preparations continue to build for the new campaign.

"We would like to thank our sponsors, Tuffins Supermarket, Jim Dorricott Construction and Reach Digital Telecoms who have backed the club for the following campaign despite the difficult economical climate we find ourselves in.

“We believe this year's shirt will prove even more popular with the return of the iconic blue and amber stripes. It’s a shirt I think the ‘Salopian Family’ will be proud of and I can’t wait to see everyone sporting the new shirt at the Montgomery Waters Meadow when it’s safe for us to return.”

The new design was generally well received online by supporters, who appreciated the presence of stripes.

Sam Ricketts' side could be wearing the new home shirt from as early as September 12, when the League One season gets underway.

Plaque symbolising Thai democracy removed in less than a day