January 6, 1979. Shrewsbury Town v Cambridge United was one of just four FA Cup third round ties to go ahead after blizzards swept the nation in the new year. 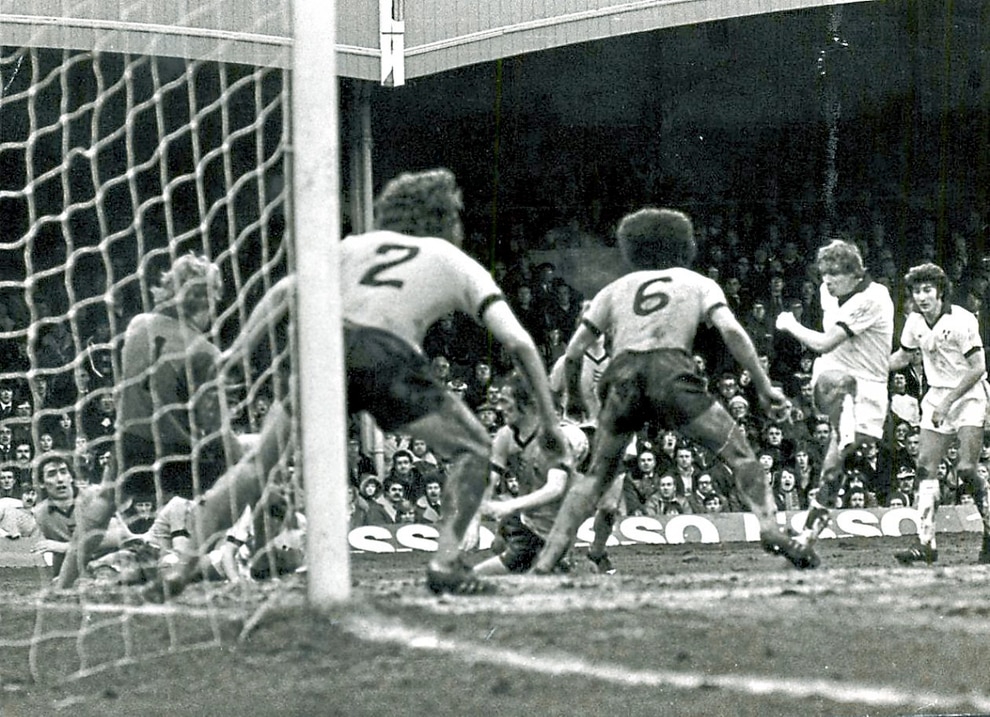 A ticker tape welcome for Shrewsbury Town at the Gay Meadow 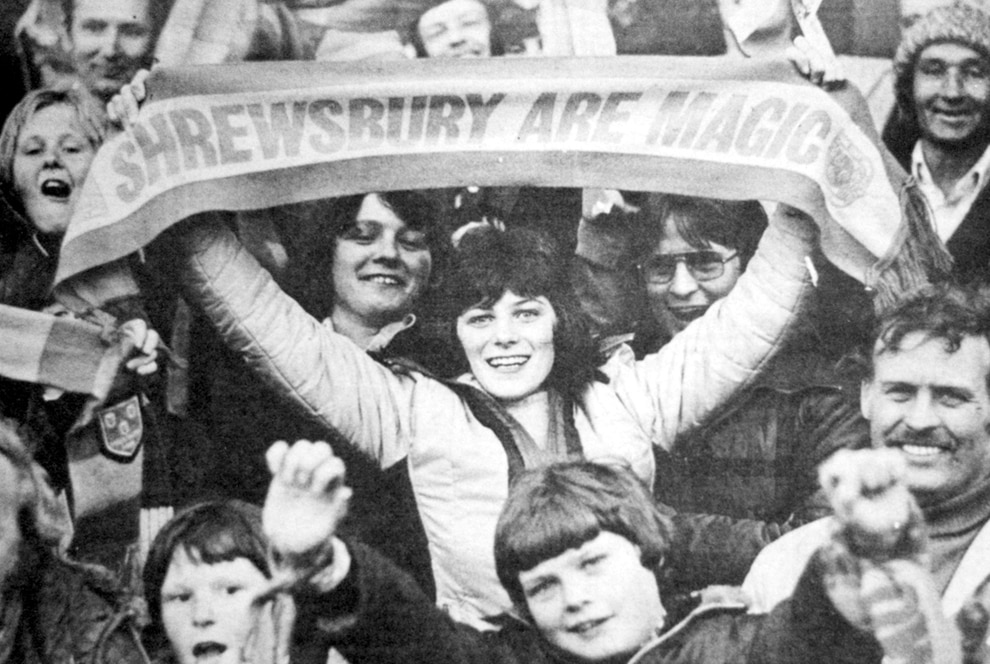 A member of the crowd cheers on Shrewsbury Town Volunteers with tractors battle to clear the Gay Meadow pitch It was hardly tie of the round – Cambridge would finish mid-table in the second division that season – and did not command the big build-up after the draw was made.

But as the snow and ice cancelled Cup ties nationwide, the BBC Match of the Day cameras hastily changed plan and headed to Gay Meadow for some action.

Town player-manager Graham Turner, who had taken over from Richie Barker in November, was happy to accommodate, to an extent, before letting the camera and production crew know what he thought of leaving Shrewsbury, and other lower league clubs, out of the coverage.

The period was known as the 'Winter of Discontent', the last time – before the current coronavirus pandemic – that football was struck by natural events.

Weather wreaked havoc with the Football League as hundreds of fixtures were postponed, causing seasons to run deep into May in what felt almost like a complete paralysis of the calendar.

Turner's Shrewsbury, however, made light work of the noise around them. In fact, on the way to recording the most successful – or certainly memorable – season in their history, there were times they used the snowy conditions to their advantage.

Later on in that Cup run, after higher-ranked Cambridge had been swept aside, Manchester City, with Malcolm Allison at the helm, arrived at a frozen Gay Meadow in late January.

Suffice to say the top flight outfit did not fancy the tie going ahead. But an army of volunteers had made the Meadow pitch – barely – playable and Town dispatched their visitors 2-0 as the talented Paul Maguire skated, quite literally, through the Sky Blue defence.

Town's stunning run in the competition took them all the way to a quarter-final replay with Wolves.

The busy run in that competition, paired with the snow, somewhat put paid to their fixture list in Division Three.

Town faced a mighty March and April – seven league games and nine in total in the former and seven in the latter – to catch up.

That testing run did not begin well and, with Town having put themselves in a promising position amid the front-runners, a 5-0 hammering at mid-table Blackpool left many fearing the season run dry.

Not, as it turns out, Turner.

With five games left in May to conclude the exhaustive campaign, Town won four and drew one to be crowned champions and lift the club to the highest position in its history.

Turner recalled the 'considerable disruption' caused by the big freeze. He said: "We had a really bad winter weather-wise and a lot of games were called off because of that.

"The headache for us was trying to find somewhere to train. We had to just find wherever we could.

"I can recall having to use Attingham Park for a cross-country venue for running. We'd also get out to Lilleshall and train there.

"The biggest headache was finding places to keep fit and keep the shape in a period where we just couldn't get on grass."

Turner was unafraid to stand up for the club when he felt they had been glossed over with the rest of the football calendar in tatters.

He added: "I was a little bit disappointed and had a moan afterwards. There were very few games on.

"They'd switched the television cameras to the Meadow, in the Football Focus build-up on the Friday night we never got a mention.

"It just annoyed me they were taking our game but couldn't see a way to give us some publicity. I was thinking about the gate and people turning up through the turnstiles because there was very little football on.

"I remember it quite well, we beat Cambridge, the pitch wasn't too clever but it was like Wembley compared to the surface we played on against Man City!

"I think it was partly they (Man City) didn't fancy it. Malcolm Allison was a big character and described the pitch as 'like Egypt on ice' with that much sand on top of ice. It was a bit precarious.

"We fancied it, wanted to get it played, and perhaps they didn't. That psychological thing made a big difference to the performances and scoreline."

Town may have finally been edged out in the Cup but the end to their league campaign became legendary.

"The result against Blackpool (in March) was the result that got us promoted. We lost 5-0 and we were dire," said Turner.

"You couldn't disguise anything. We got organised again, worked hard in training and went back to basics and worked harder and never looked back.

"I'd taken over as player-manager and began to rotate the squad a little bit which was unheard of.

"But we'd played so many games that some of them needed a bit of a rest. We had a good squad so it was accepted.

"It was unusual, I think there was still only one sub, but some were being asked to sit in the stands and they accepted it in the right spirit, it was an indication of the team spirit we had.

"There'd be plenty of moans if players had to do that (play every two days now) but we coped OK.

"It was a terrific time for young players trying to make their way. I don't think the conditions even crossed their mind, it was their first, second or third season in football, it was just get on with it, no moaning.

"We were in a terrific dogfight with Watford and Swansea. Watford had terrific backing of Elton John and Graham Taylor and Swansea with John Toshack were quite a big-spending club.

"It was a terrific fight and we finished up on top. The aim was promotion but to win it was the added bonus, and it was deserved."