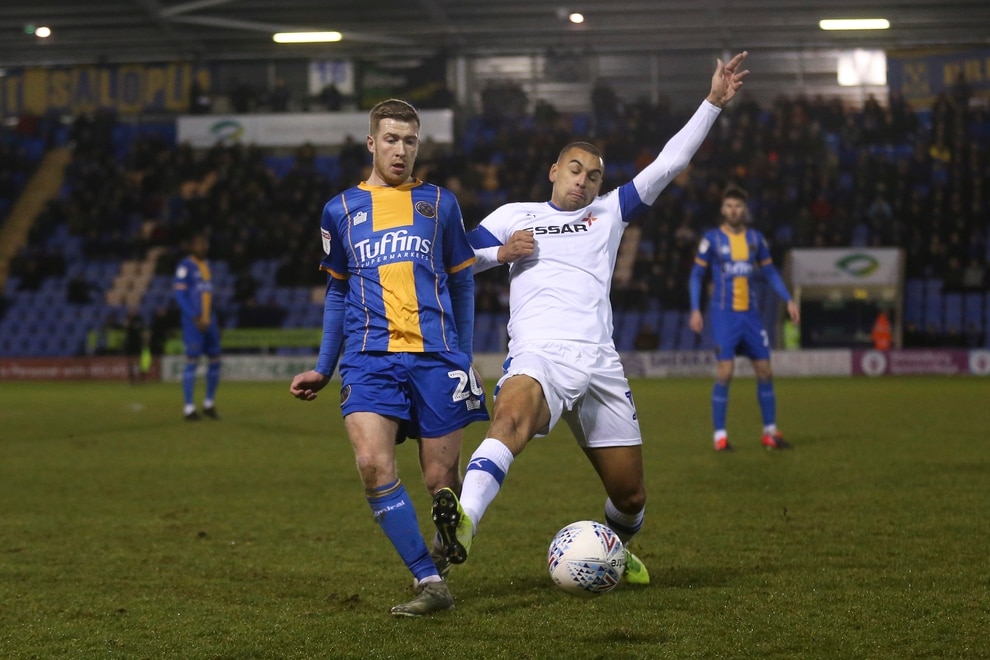 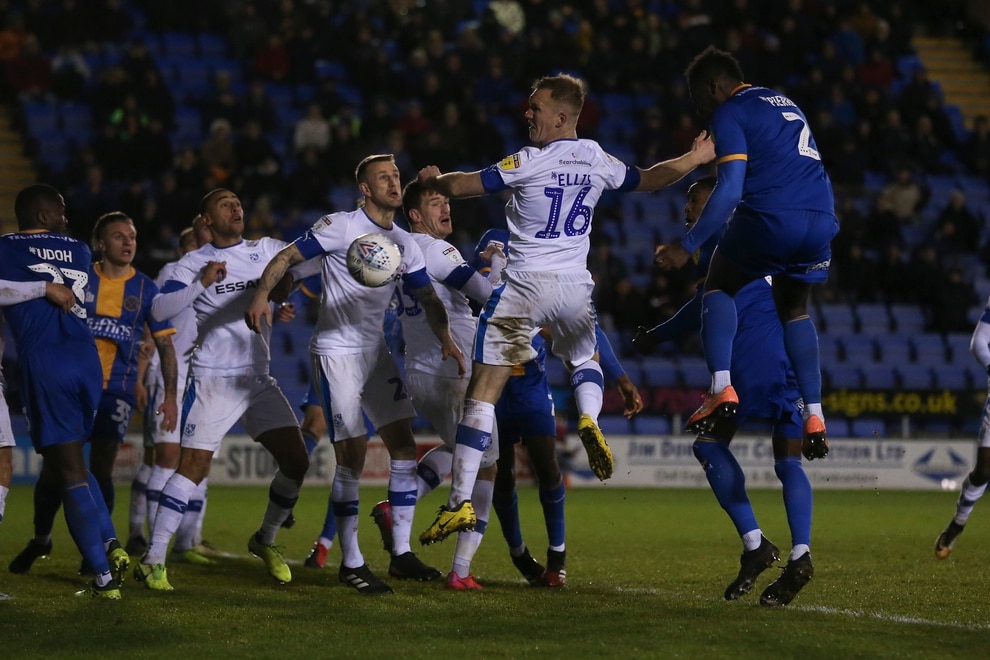 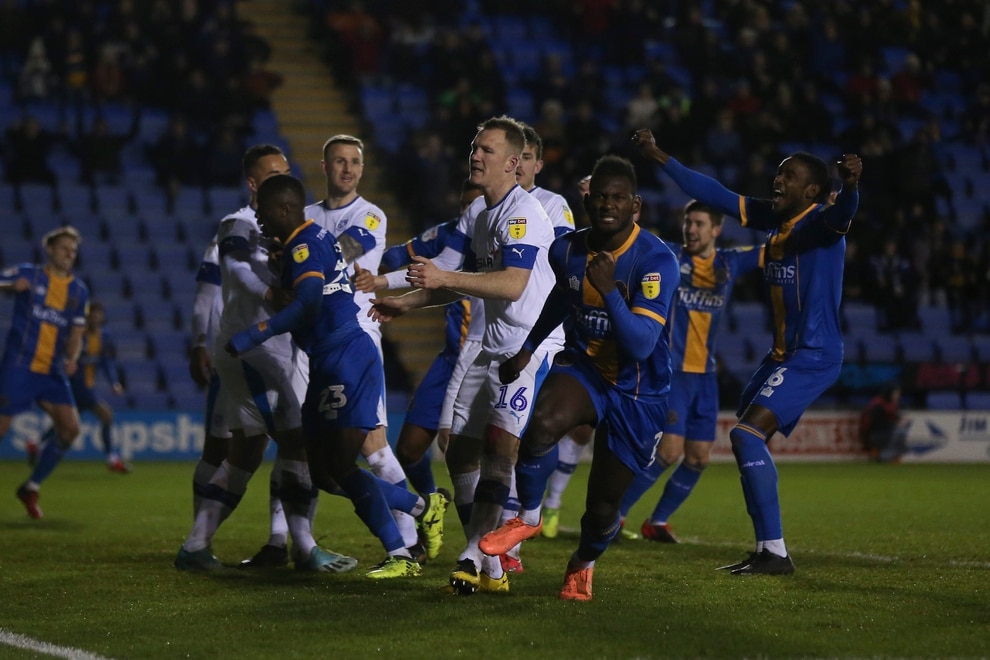 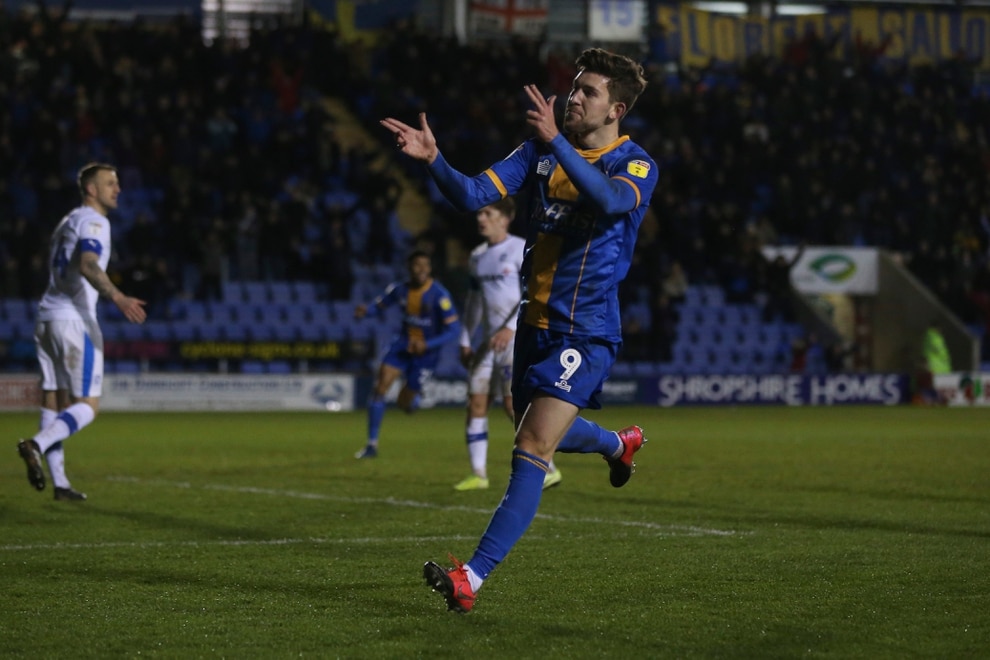 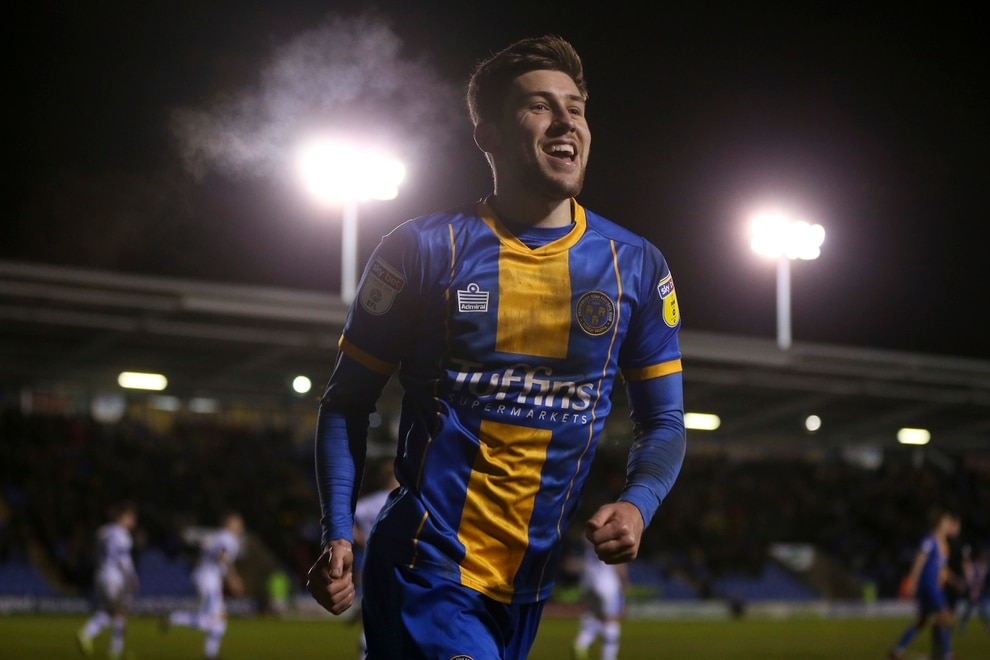 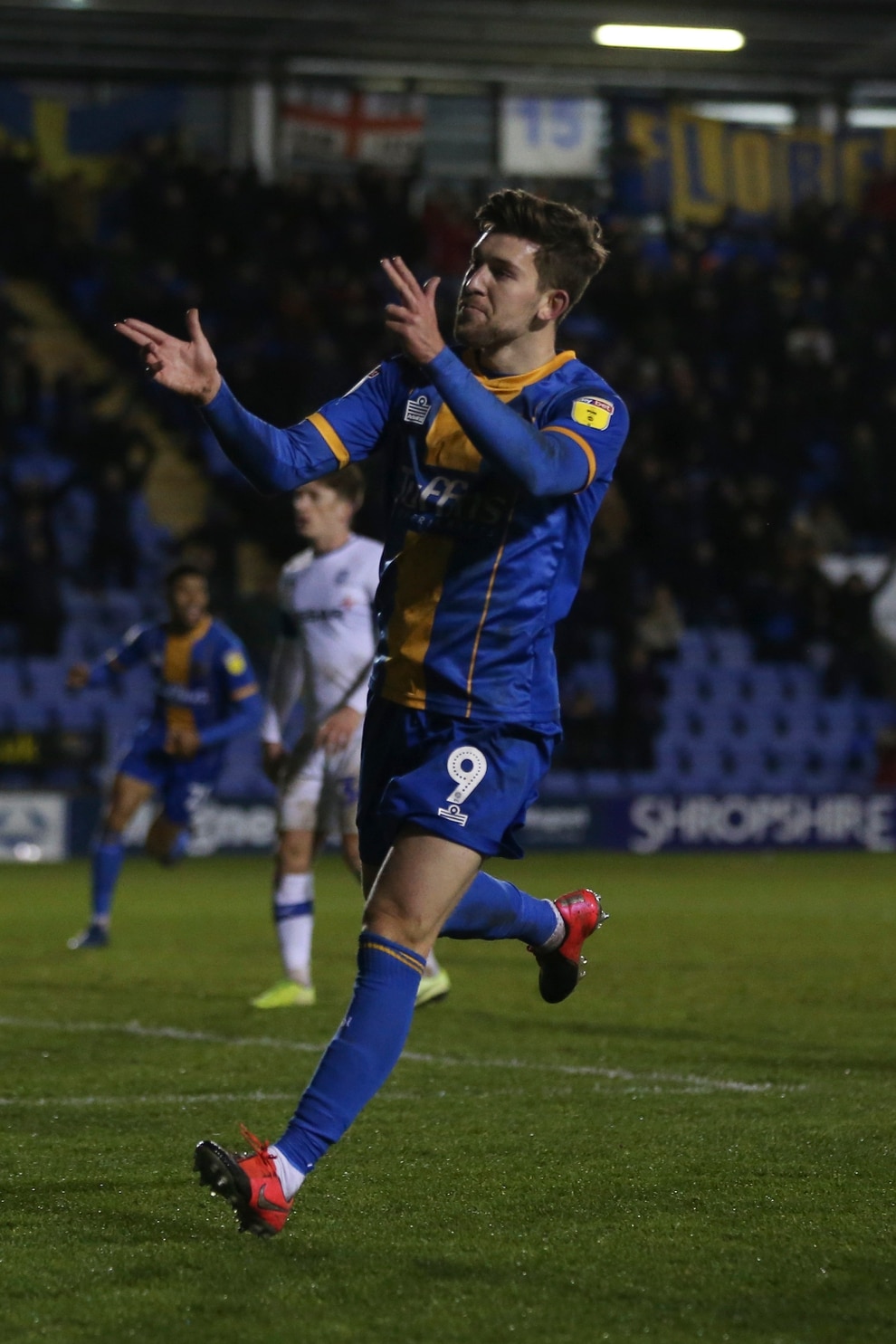 Second-half goals from Aaron Pierre and Callum Lang looked to have rescued a home point after a woeful start against struggling Tranmere, who were 11 without a win.

Mellon, back at Shrewsbury for the first time in the league, saw his side stretch into a 2-0 lead inside 15 minutes at a stunned Montgomery Waters Meadow.

But Pierre’s header hit back before Lang struck a beauty after the hour for parity.

And Town looked the more likely late on in an open contest but dangerman Blackett-Taylor shot life into Rovers’ survival pursuit with the most dramatic of finales - leaving Mellon celebrating with a rampant away end.

With floods battering the town, the football either felt insignificant or a welcome relief.

A low crowd was expected on a freezing evening where many in the town centre were unable to leave their homes, or at least access public transport to reach the stadium.

A low crowd was expected and the Meadow was sparse ahead of kick-off.

But there was no getting away from the scale of the 90 minutes ahead for Ricketts and his side.

The timely arrival of the out-of-sorts Rovers offered Shrewsbury an opportunity to build on the crucial three points pocketed against Doncaster on Saturday.

That win ended Town’s 10-game winning drought but there was no such luck for Mellon’s Tranmere - who extended their winless run to 11 by losing at Wycombe.

The hosts started on the front foot in what fans hoped would be a sign of things to come.

Shrews pressed well and, after a couple of dangerous crosses, Daniel Udoh won the ball back, charged into the box and drilled low into the side netting.

Tranmere responded. Former Villa prospect Blackett-Taylor looked lively after his first charge into the box and a second created the visitors’ opener nine minutes in.

Town could not clear a corner and Blackett-Taylor darted past his marker on the left of box and shot a low cross along the six yard box where former defender Ellis smashed in.

The ex-Salop man had been recalled for his first Tranmere appearance in 10 months after injury and continued Shrews’ former player curse - with memories of Accrington a fortnight ago rushing back.

The home fans tried to respond but things went from bad to worse for shell-shocked Shrewsbury.

The healthy away allocation sang Micky Mellon’s Super White Army and their troops doubled the lead five minutes later. Town’s static defence were second to everything as an Andy Cook header in the box fed Kieron Morris.

The former Walsall man’s low strike was straight at Max O’Leary who could only divert into the path of Woodyard, who reacted before any in blue and amber, to convert a simple rebound.

Ricketts’ side badly needed a response. They almost had a way back in as, from a half-cleared free-kick, Edwards drilled a half-volley destined for the bottom corner before a white shirt managed a block.

Town had O’Leary to thank for keeping out Morris’ free header midway through the first half.

Shrewsbury attempts all arrived from distance as Pierre’s low strike was gathered, leaving fans ironically lauding a shot on target.

But the visitors finished the half stronger as Woodyard shot off target and Cook whistled a strike just wide via a faint O’Leary touch.

Loud boos rang around the Meadow for a desperately poor first half.

Ricketts rolled the dice and sent on Jason Cummings for Josh Vela. Salop survived a rasping Blackett-Taylor strike from distance just after the restart before taking charge.

But Cummings took centre stage with his fresh legs. He ran at Tranmere with hunger and a low shot from distance tested Davies.

Shrewsbury needed a goal and Pierre answered, climbing well at the back post to head Goss’ corner in low.

Left-winger Blackett-Taylor remained a threat on the break but Salop were level, via a degree of controversy, just after the hour.

With right-back Kane Wilson down holding his head, the visitors played on and, thus, so did Town. Udoh picked out Lang out of the left, where Wilson would have been defender, and the Wigan loanee did the rest.

He twisted into the box before unleashing a rising finish high across goal and in for a first Town goal since September.

Ricketts’ men were level but indebted to O’Leary for a stunning point-blank save from Morris barely 30 seconds after the restart.

Both sides pushed desperately for a winner in an open contest.

Udoh fed Laurent nicely on the overlap but the midfielder shot high and wide from an angle. Town continued to push and an Omar Beckles flick drew a sharp Davies reaction with 15 minutes left.

Laurent had another sighter after good work from Lang and Cummings but sent a wasteful effort over.

Rovers hit back and Morris was inches wide with a spectacular strike from outside the box before Cummings’ header from a Goss free-kick forced Davies into a save.

Salop’s big chance came three minutes from time as a counter-attack was worked to Laurent but, again, the finish was lacking.

It wasn’t lacking at the other end in deep into time added on. Town were naive as keeper Davies’ long kick put Blackett-Taylor in the clear and the finish was clinical sparking a party in the away end.