Sam Ricketts expects reported Sunderland target Ollie Norburn to be a Shrewsbury Town player when the transfer window slams shut – as he stressed he has had no bids for any of his star men.

The 27-year-old midfielder has attracted interest from Shrews’ League One rivals.

But as Ricketts prepares for tonight’s trip to Gillingham, he likened shopping in the transfer window to browsing for a new car in popular motoring magazine Auto Trader.

When asked if Noburn would be at Shrewsbury after the transfer window closes on Friday, Ricketts answered: “I think so.” He added: “We have some very good young players who will obviously attract interest from elsewhere.

“It does not surprise me. I’d be more surprised if I was not getting interest in the players.

“There is no offer on the table.

“Interest is interest but I always refer it to Auto Trader and ringing up about a car.

“Just because you ring, does not mean you are buying it.”

And Ricketts is waiting to discover the severity of his knee knock.

He said: “He just took a bang to his knee. He could not run it off.

“We are waiting to see how it settles down and see the severity of it.”

And for Ricketts, his priority this week is adding to his squad, with last season’s top scorer Fejiri Okenabirhie still expected to join Doncaster before the window shuts.

He said: “We have not had bids in for any players so it is not like we are fighting off bids and fighting to hold on to players.

“We have good players that are obviously getting interest but this is a hard window and hard for other clubs to recruit in this window.

“We are looking to improve with any players of a certain quality we think we can get.”

Ricketts is keen to recruit but says nothing is imminent.

And the Shrews chief would rather bring in permanent deals, as he did for ex-Hibernian midfielder Josh Vela, rather than loan moves.

He said: “Nothing (is) imminent at the minute.

“(But there are) a few more days to go, so lets see what happens. “It is a hard window to recruit in. Loans, yes you can do, but you want to get your own players as well.

“It is a tough one but if good players become available I think you have to take them.

“We are always looking for good players - a bit like Josh.

“Josh became available, a player that we could add to the squad permanently, so we had to take that opportunity to sign him.”

But Vela will not feature at Gillingham due to a knock picked up just before his move to the Meadow.

“It is nothing serious but we are just putting him in a bit of cotton wool really,” said Ricketts.

Though Ricketts says the club are wrapping the 22-year-old up in cotton wool and says he will not make his debut tonight.

Will he feature at Gillingham?

“Josh is carrying a knock from when he came in.

“He’s not injured, we are just doing everything we can to minimalise anything that could happen.

“As the days and weeks go by his risk of injury reduces massively.

“But if we had a cup final tomorrow then he would be playing.” 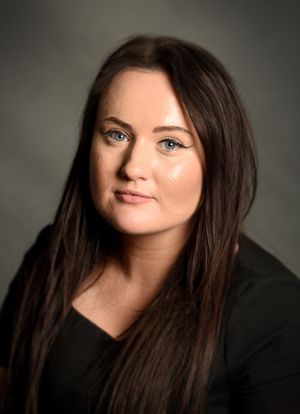 Dave Edwards: Fairytale stuff for Shrewsbury is all down to recruitment

Chey Dunkley: Everyone at Shrewsbury playing a part

Super Shrewsbury are on a roll and long may it continue

Dave Edwards: Fairytale stuff for Shrewsbury is all down to recruitment

Chey Dunkley: Everyone at Shrewsbury playing a part

Super Shrewsbury are on a roll and long may it continue

One in five November energy vouchers expired without being claimed – PayPoint

Earthquake death toll passes 5,000 as rescue efforts go on in Turkey and Syria

Boeing to cut about 2,000 jobs in finance and human resources