Family man Daniel Udoh, the self-titled new king of Shropshire, is looking to take a little inspiration from the king of Africa. 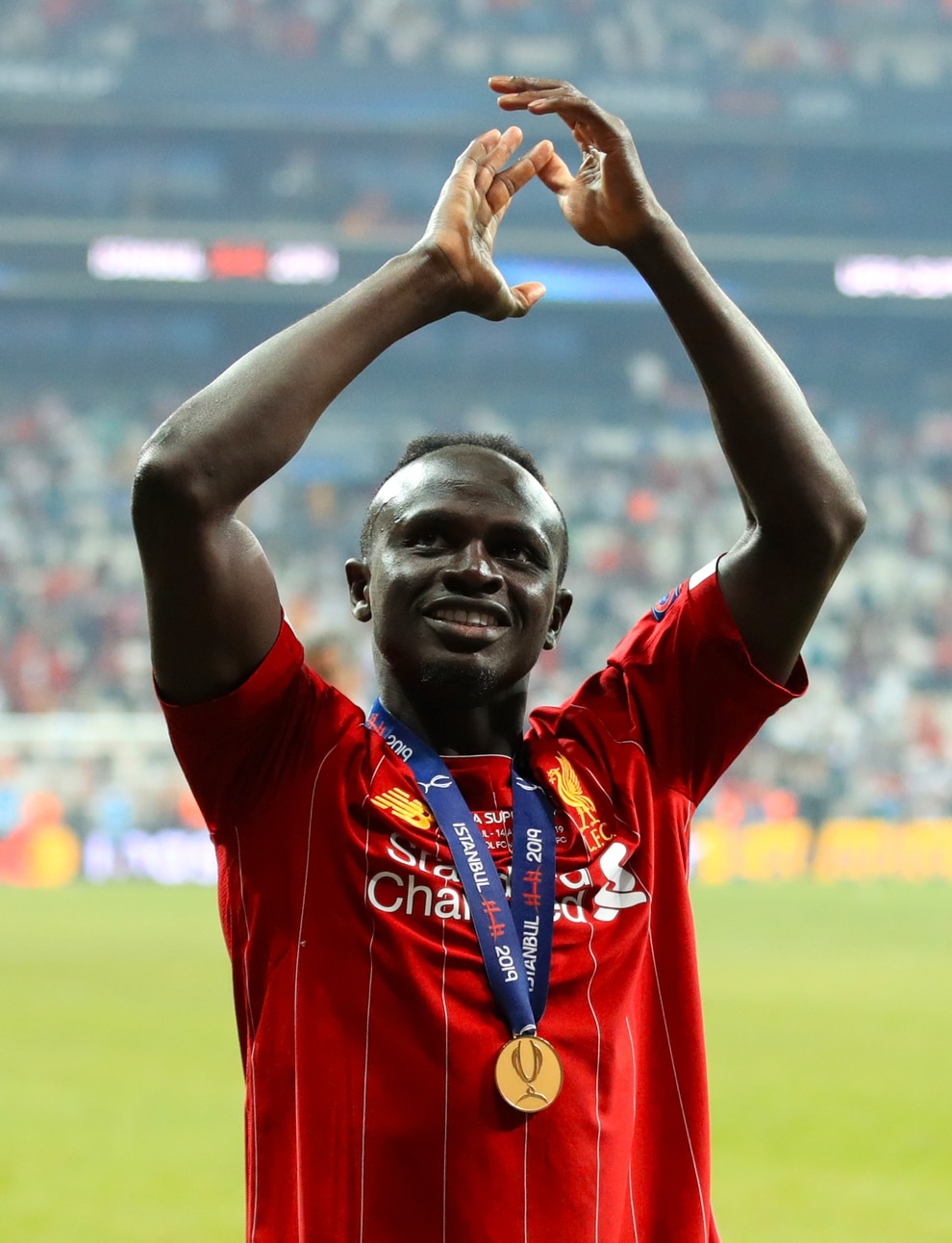 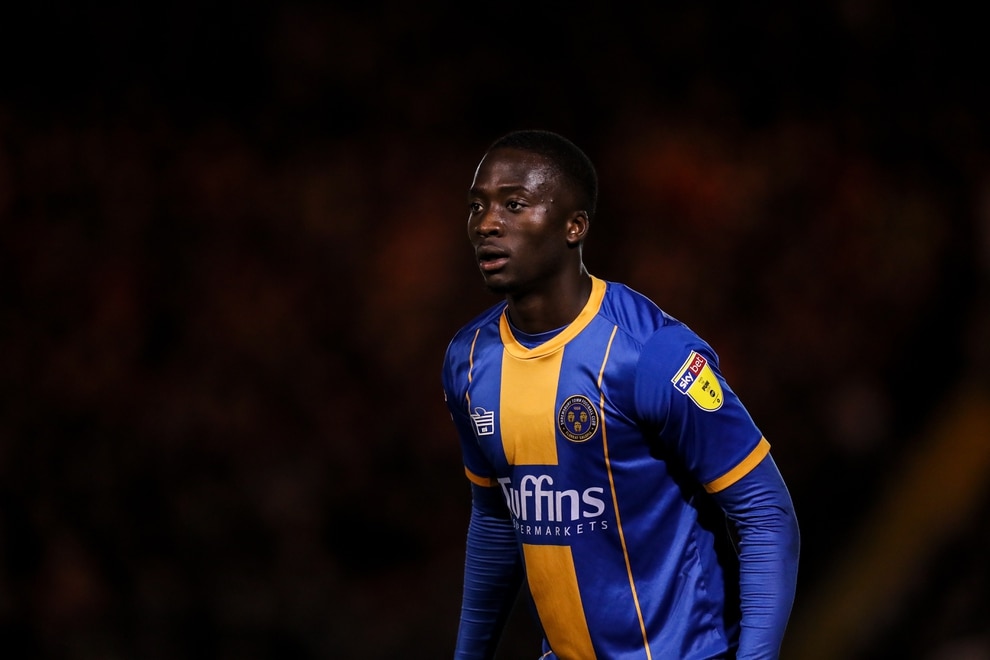 Udoh, who was born in Nigeria and lived in Ikeja, near Lagos, until he was nine, is preparing for the game of his life against Liverpool in the FA Cup on Sunday.

Five years ago Udoh was knocking around at Hoddesdon Town in the Essex Senior League, the ninth tier. In two days he could be lining up against the European champions.

Still Udoh, who along with his family is a devout Christian, will not be star struck – that is unless recently-crowned African Player of the Year Sadio Mane sets foot in Montgomery Waters Meadow.

“That’s how I see it. It’s not being star struck for me – unless Mane’s there! But nothing else.

“It’s just getting out there and everyone’s on the same playing field. It’s a battle at the end of the day and whoever wins wins.

“He (Mane) is the best player in Africa at the moment. Everyone’s looking up to him. The numbers and goals he’s putting in and performances and Liverpool.

“I know Salah’s a good player but for me Mane is the best player in the team.”

Mane was on the bench for Jurgen Klopp’s second string side in their victory over rivals Everton in the previous round earlier this month.

Udoh, a Manchester United fan, added: “They (Liverpool) have the best players. You aspire to be at their level and get to what they’re doing, you want to learn off them.

“I’d focus on the game, my whole focus, but as soon as it finishes you can speak to them, hopefully we can see them back at Anfield.

“Just to speak to them and get a bit of knowledge. At the end of the day they’re at the top level for a reason.

“You never know the one per cent they’re doing that could help you out.”

Udoh is from a family of six siblings to mom Benedita, a carer, and dad Dominic, who owns a cleaning company and works security part-time and lives in Telford.

After leaving Lagos for London in 2005, the Udohs headed north to support Daniel after his 2016 move to professional football with Crewe Alexandra. Now only four siblings remain in the family home as eldest brother Patrick, 26, recently left Ellesmere Rangers and moved to Greece to play professional football in their third tier for Paone FC. Sister Vivan, 25, lives in Ireland while Elizabeth, 17, is still at home.

Football runs in Udoh’s blood. After Patrick and Daniel there is Dominic Junior, 20, who plays locally for Telford Juniors, and youngest child Emmanuel, 11, who is known as Manny and plays under-11s football for Lawley.

Excitement in the family household is palpable.

Udoh added: “Everyone is excited at home but we’re all quite humble. You work hard but it’s favour of God. As a family we’re big believers.

“You don’t see that many stories of how far we’ve come but we just believe it’s God’s plan for us.

“It just shows how much we love football and we’re lucky to have parents who let us chase our dreams. It could’ve been easy when I got released from Stevenage for my mum and dad to say ‘go make money and pack it in’.

“But they said ‘focus on what you’re good at and we’re behind you all the way’.”

On swapping Lagos for London, the former AFC Telford frontman added: “It was basically for a better life. I’m not going to say we were a really poor family back home, but there were things we would struggle with.

“My dad said it the other day. The last time Shrewsbury played Liverpool was 1996 and I was born in 96.

“Back home, when the big game happens, Liverpool in the Champions League or playing Man United, there was a TV but you never got Sky.

“You had to go to the little hut where everyone would go to pay money to watch the match. We had a telly but not football, it’s like Freeview here.

“There’s a game I always remember watching Barcelona and Ronaldinho was the star.”

It is easy to see why Daniel, the second of six Udoh children, is humble.

He said: “They brought us here for a reason. I remember a story about whenever any of us were being ungrateful my dad would say how he used to sleep on the bus in England to make sure he’d have money to bring us all here.

“Things like that you get grateful for. They were night buses where if you didn’t have a home they’d let you sleep so you could get to work.

“Dad wanted to sell the house in London and move closer to football with me because of Crewe.

“He saw that Telford was a town up-and-coming. He said we’d move there and I lived with them and travel there.

“And how things work – Telford was the next team I went to and then Shrewsbury. It’s all going up.

“It’s the favour of God. It’s not a coincidence. I couldn’t have said I’ll go to Telford and straight to Shrewsbury. It could have been anywhere. There was loads of teams I could’ve played for but it’s all in place for me.”

The striker has only been back to Nigeria for youth international training camps and is desperate to see his nan for the first time in nearly 15 years.

Daniel has had a few homes. Ikeja, London and now Telford. But he answered the next question – where does he call home? – instantly.

“Shropshire is home now. I say to Dave Edwards that I’m the king of Shropshire now. He doesn’t like it!”

The prospect of scoring the winner against Klopp’s men does not faze Town’s No.23.

He added: “As a Christian we always have belief and faith you can do anything through Christ who strengthens you. I never think about what’s going to happen, I always think win and goals.”