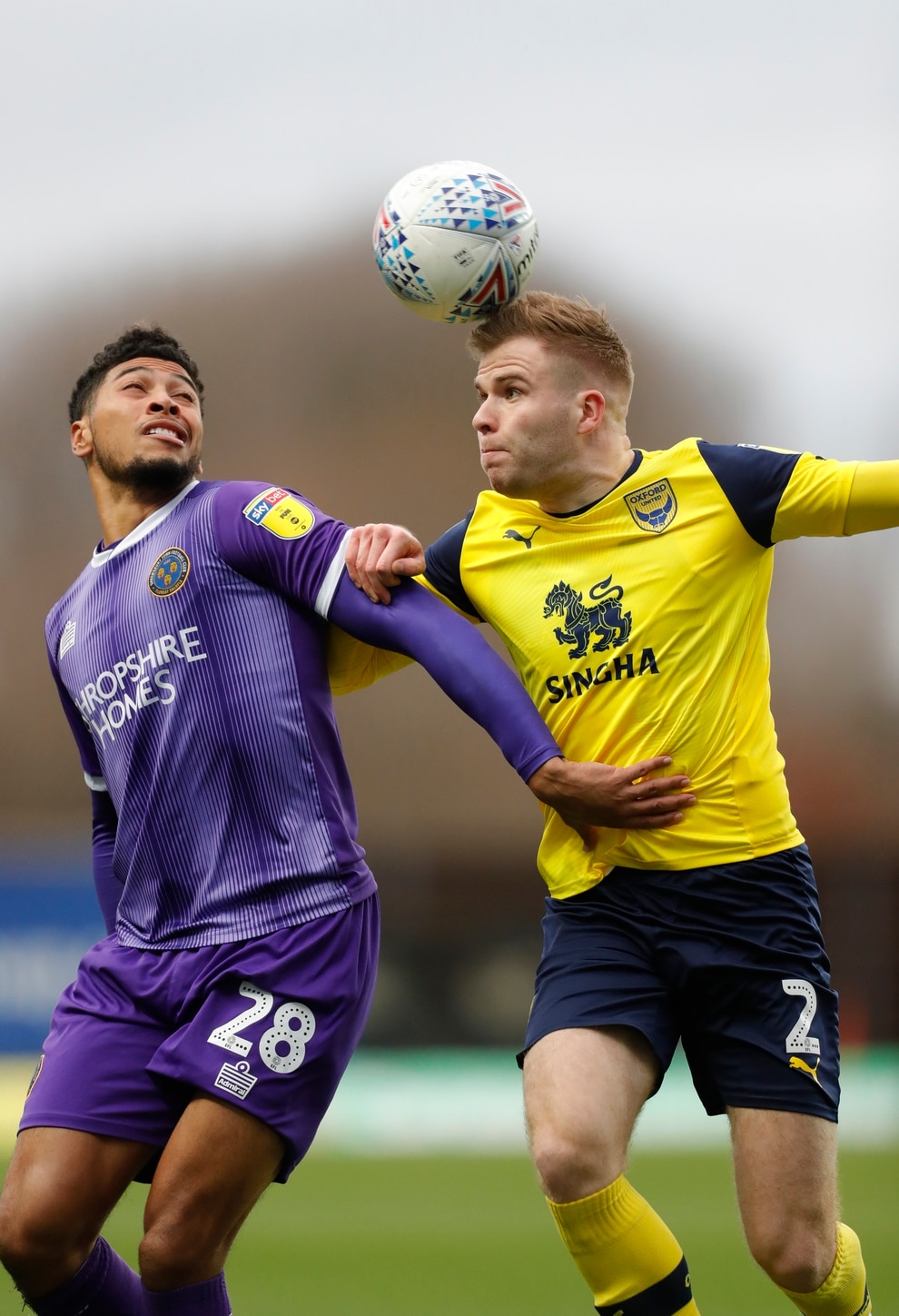 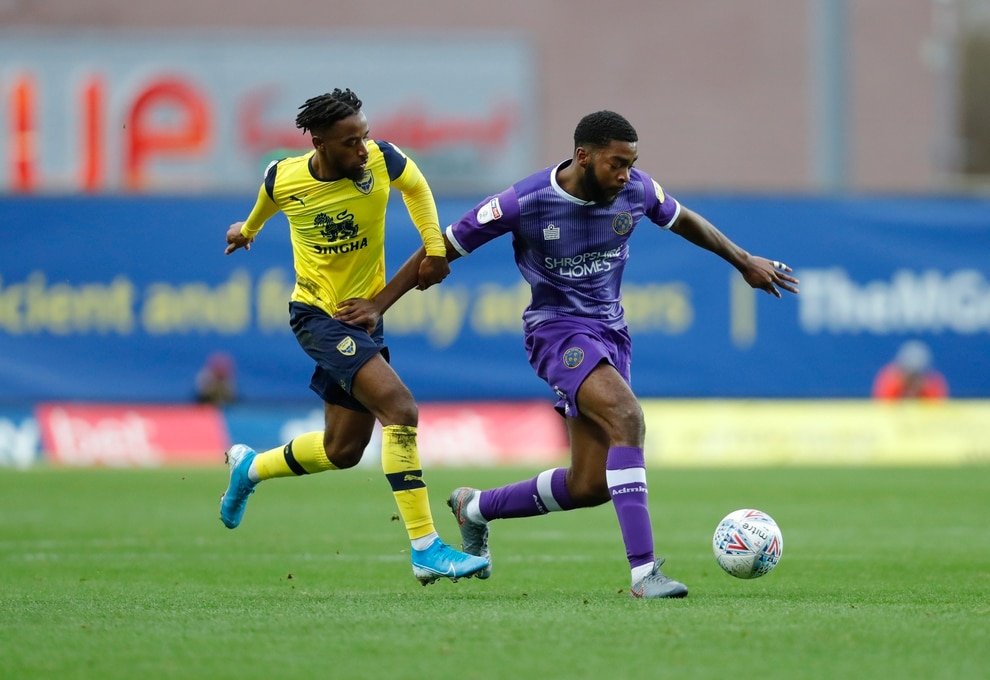 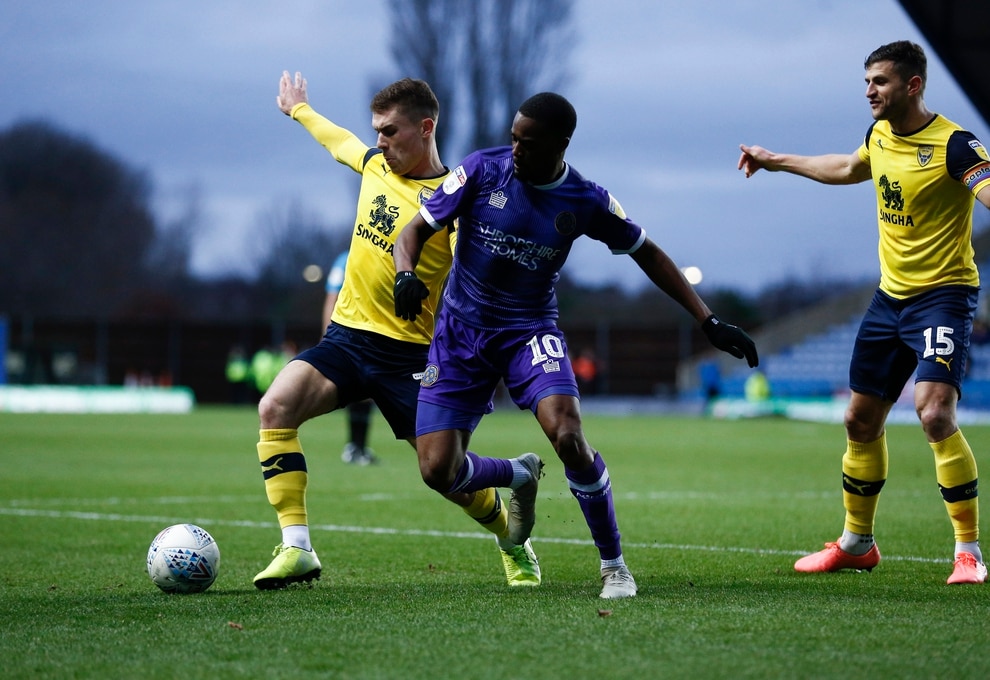 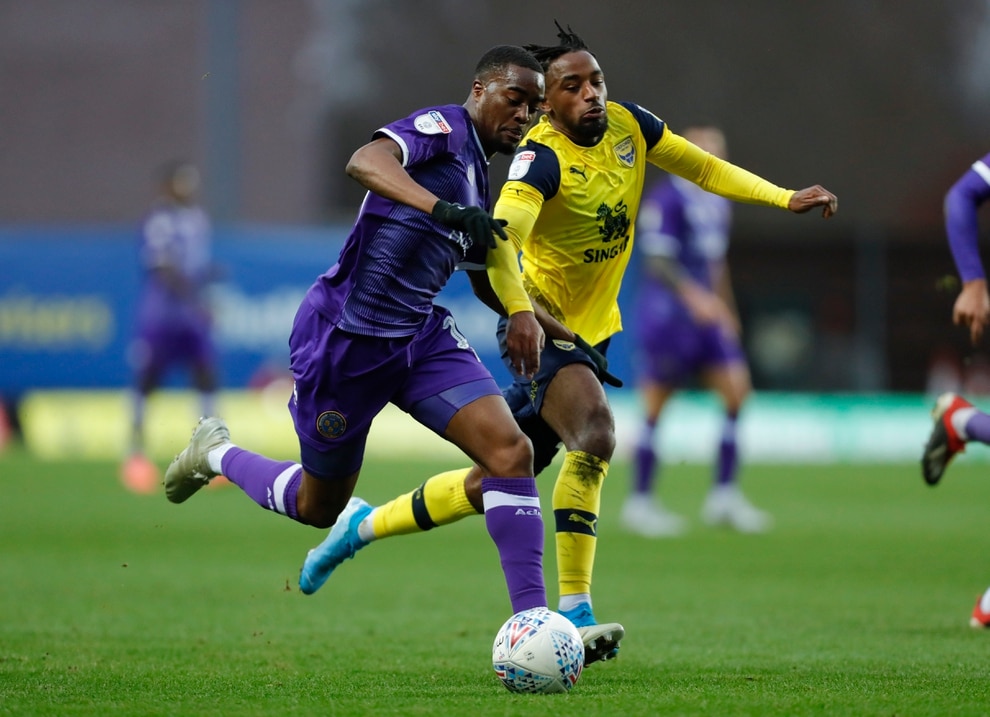 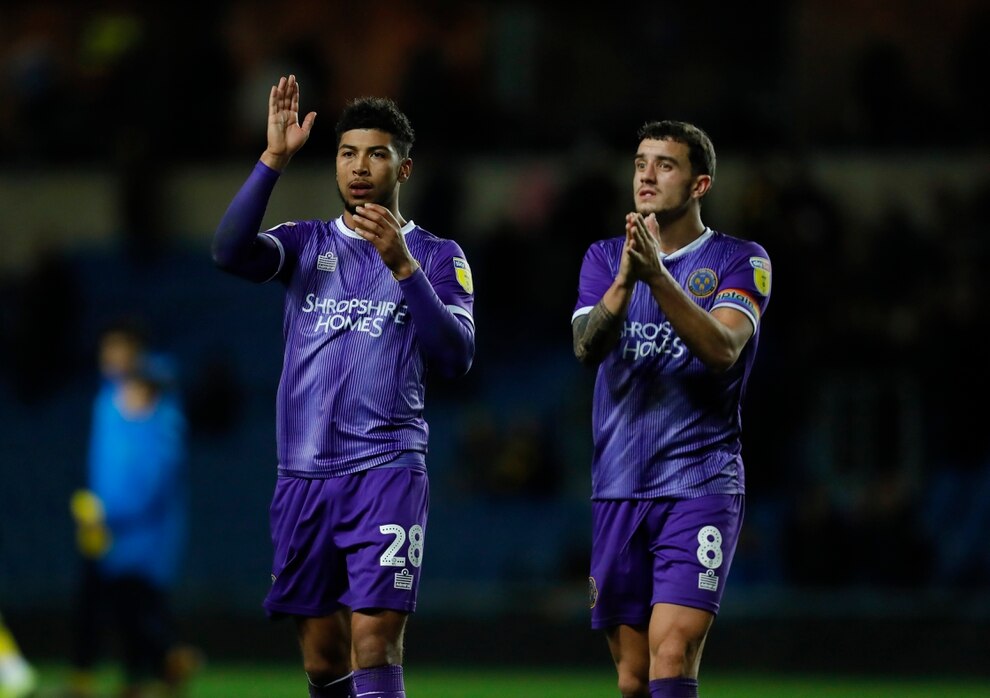 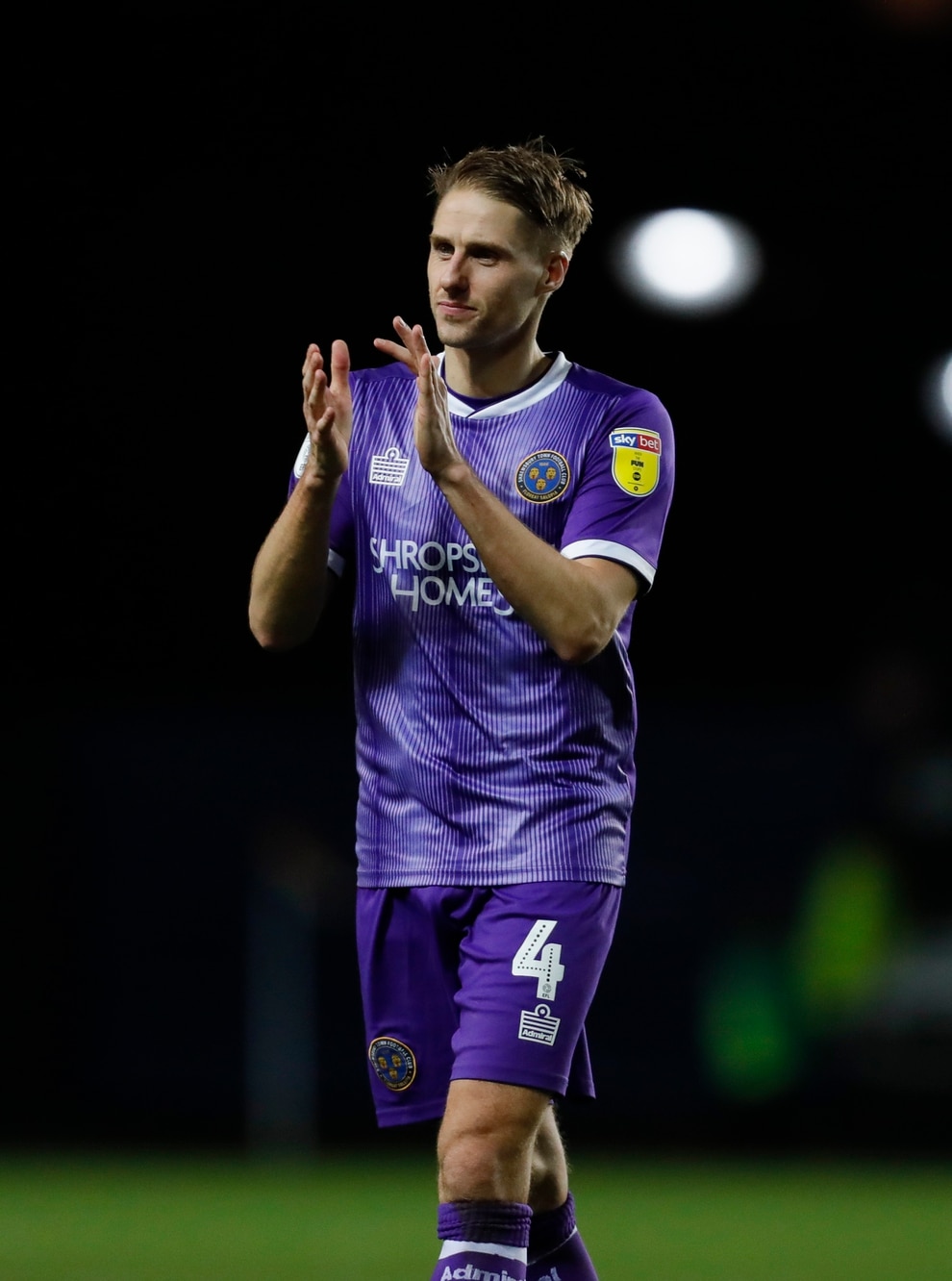 Sam Ricketts’ men kept their 12th clean sheet in 26 games this season against a promotion-chasing U’s side who had plundered 37 goals in 18 games this term.

It could have been more for Shrewsbury had they taken advantage of their bright starts to each half, where they were the better side for at least half of each 45 minutes.

But the hosts, who made it 11 league games unbeaten, came on strong towards the end of both halves and created the clearer opportunities - though thanks to more superb Shrewsbury defending O’Leary was forced into just one meaningful save.

Ethan Ebanks-Landell, Aaron Pierre and Ro-Shaun Williams put their bodies in the line for some committed blocks while Shrewsbury’s midfield worked tirelessly. It was Pierre’s early header cleared off the line that went closest for the visitors.

A fifth goalless draw of the League One season for the visitors, who were left 12th, meant the clash wouldn’t live long in the memory, but - given the home side’s flying form - a welcome share of the spoils was taken back up the M40 to Shropshire.

Fejiri Okenabirhie was given the nod over Jason Cummings for the lone striker role as Ricketts made five changes from the side that bowed out of the EFL Trophy on penalties.

The Shrewsbury boss vowed his side were not heading to the in-form Kassam side just to defend.

And Town’s diamond midfield formation behind Okenabirhie was set up to ensure runners can get at the hosts and cause problems in support of Okenabirhie.

As Ricketts veered slightly from his trusted wing-back system, Donald Love and Scott Golbourne dropped back wide into a back five with marauding attackers Tariqe Fosu and James Henry in mind.

The Shrews boss was making just a second return to the club where he learned his trade in football between the ages of 12 and 21.

The hosts fielded emergency signing Jordan Archer in goal, signed as a free agent 24 hours before kick-off after an injury to stalwart keeper Simon Eastwood.

The former Millwall keeper was fine to play after papermark for his deal was completed in sufficient time.

The U’s were without suspended holding midfielder Alex Gorrin, alongside a number of other midfield absentees.

Karl Robinson’s men were on home soil for the first time in more than a month after six consecutive away games. Pep Guardiola’s Manchester City are the next visitors to Oxfordshire in a League Cup quarter-final contest.

A low Fosu shot from Pierre’s half-cleared corner was easy for O’Leary and Ricketts’ side began the brighter of the opening exchanges.

Town were all over their hosts inside 15 minutes and the U’s were thankful at not falling behind.

Skipper Ollie Norburn, able to play after his red card against Mansfield was rescinded, was patrolling midfield, snapping into tackles and using the ball well.

Josh Laurent, Sean Goss and Dave Edwards were making good runs forward into dangerous areas as Town were some way the brighter side and creating chances aplenty.

Nervous groans from a home crowd used to winning told a story. The U’s had won their previous four home league games 4-0 and were unbeaten in 10 in the division, 17 in all competitions discounting shootout defeats in the EFL Trophy.

But Shrews were unfortunate not to have led early on. Aaron Pierre’s header from Norburn’s corner was well cleared off the line by Ricketts’ former Wolves team-mate James Henry with Archer beaten.

Norburn then sprayed a fine pass out to Golbourne whose accurate delivery was met by Edwards’ flicked header straight at the keeper.

Another powerful surge from Norburn drew a foul and an early yellow card for defender Rob Dickie. Town were smart with the quickly-taken free-kick routine as Norburn slotted to Golbourne who found Edwards’ back post run, the volley was kept out at Archer’s near post.

All Shrewsbury’s opening quarter of the game was lacking was a deserved goal.

Oxford gained something of a foothold midway through the first half but were kept at an arm’s length by the visitors. Williams stooped to deal well with an awkward Chris Cadden delivery.

Okenabirhie was clocking up the hard yards in the front role, always a willing and viable option for Town, who used him well down the flanks, where a couple of crosses were well defended.

A couple of well-placed clearances from Ebanks-Landell kept Oxford out as the home side began seeing more of the ball in the Shrewsbury half.

Oxford’s injury crisis in midfielder worsened as Anthony Forde trudged off following a collision with Donald Love shortly before half-time.

Town’s midfield worked extremely hard to shut off Oxford’s impressive wide options. There was a feeling that if the visiting foursome could keep up their workload in the second period then a positive result was there for Shrewsbury.

Shrewsbury started the second half well as dark descended on Oxfordshire. They were sharper and stronger in every battle across the pitch and dangerous with balls into the box.

On occasions Laurent and Edwards were just fractions from getting on the end of Town deliveries, while Love was getting a lot of joy down the right.

Referee Craig Hicks contributed to a stop-start, scrappy affair breaking out in the second period with his excessive whistling. The near-7,000 home crowd were on the backs of the officials through frustration.

Okenabirhie looked tired and was struggling to influence as an outball. Like in the first half, the Yellows raised their game with expectant tones coming from the stands. Robinson sent on experienced attacker Jamie Mackie to try to liven things up.

Fosu flashed a dangerous cross across goal before John Mousinho fired well over but the U’s did create the clearest chance of the afternoon midway through the second half.

As the tight contest entered its final 10 minutes Town keeper O’Leary was forced into his first save of note. A right-sided cross picked out left-back Joe Ruffels at the back post and his low drive was kept out low by Salop’s shot-stopper.

The U’s came on strong and had a huge chance to win it through talented former Charlton wizard Fosu but a brilliant block by the giant frame of Pierre kept out his close-range goalbound strike.

Ricketts had sent on Ryan Giles’ fresh legs as another possible outball but there was nothing doing for Shrews in an attacking sense.

A late Oxford winner would have been harsh on Ricketts’ well-drilled troops and the latest in their clean sheet haul this season was another hard-earned effort.