Sam Ricketts defended his decision to make eight changes in his side's Carabao Cup exit by insisting Shrewsbury have to blood young players.

Town were soundly beaten 4-0 by Rotherham at the first hurdle of the knockout competition in a game where the Millers struck twice in the first three minutes at Montgomery Waters Meadow.

Ricketts said he felt that the competition - with a number of his first-team squad suffering from injuries - was an opportunity for squad players and youngsters to experience game time.

Midfielder James Rowland, 17, was comfortably Town's star man on an evening most others struggled. Luke Waterfall went off with a head injury after the second goal three minutes in while Scott Golbourne went off injured at the break.

"You have to take the game into context, I want to win the game but at the same time we did make a lot of changes.

"We went in with a very young midfield partnership. As a club where we are we have to give young players a chance. It was an opportunity for them like last year in the EFL Trophy.

"Unfortunately we found ourselves against a Championship side with seasoned professionals who are very good at what they do.

"At times we struggled at times we showed real character and drive to carry on and produce a couple of good moments for players so young."

"You can't start a game any worse, can you? There's no hiding place from that," he added.

"Young James Rowland was outstanding, the biggest plus of tonight and where we're at - blooding our own young players.

"I think a couple did very well and a couple who struggled. It was an opportunity for some to stake a claim given the fragility in the starting XI.

"It probably rubber-stamped what we knew (about the squad) but it's important we give Ryan Barnett and James Rowland opportunities."

Ricketts also confirmed that winger Abo Eisa is on the verge of leaving the club, believed to be joining Scunthorpe United.

"Nothing more at the minute, it'll come out in the next day or so I'm sure.

"I'm saying anyone will be walking through the door in the next day or so but we're obviously looking around to add quality and that comes out tonight.

"We're not at the point where we've got two really strong teams to go toe-to-toe with Rotherham." 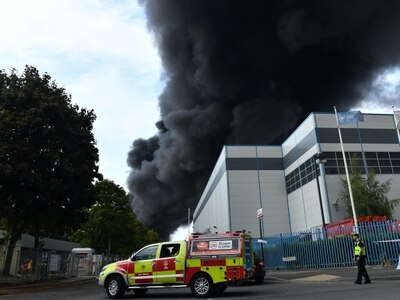