Rotherham dumped a much-changed Shrewsbury team out of the Carabao Cup as Town imploded from the first whistle. 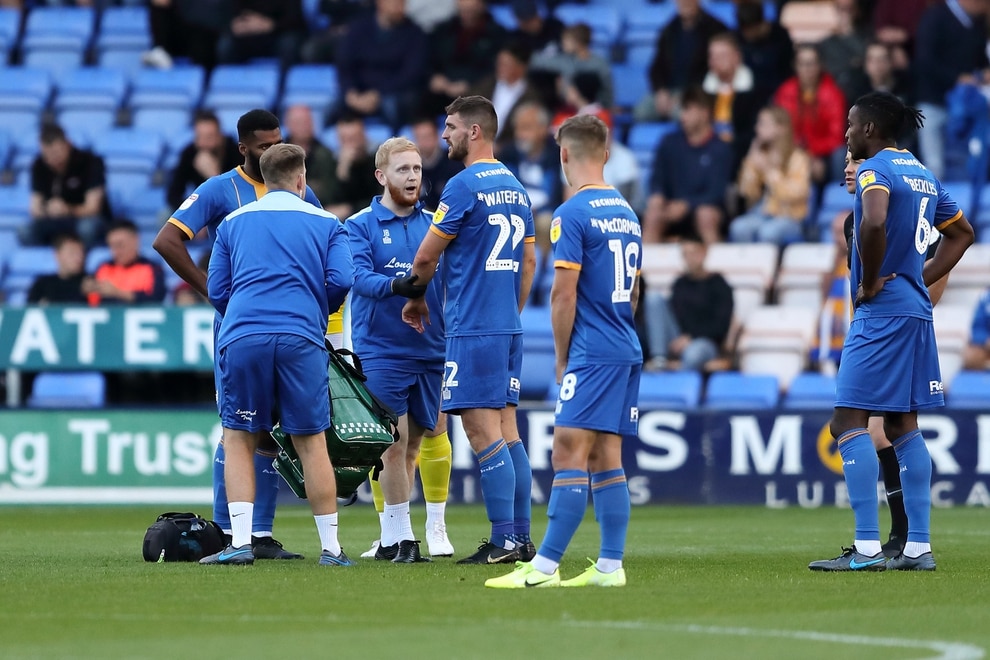 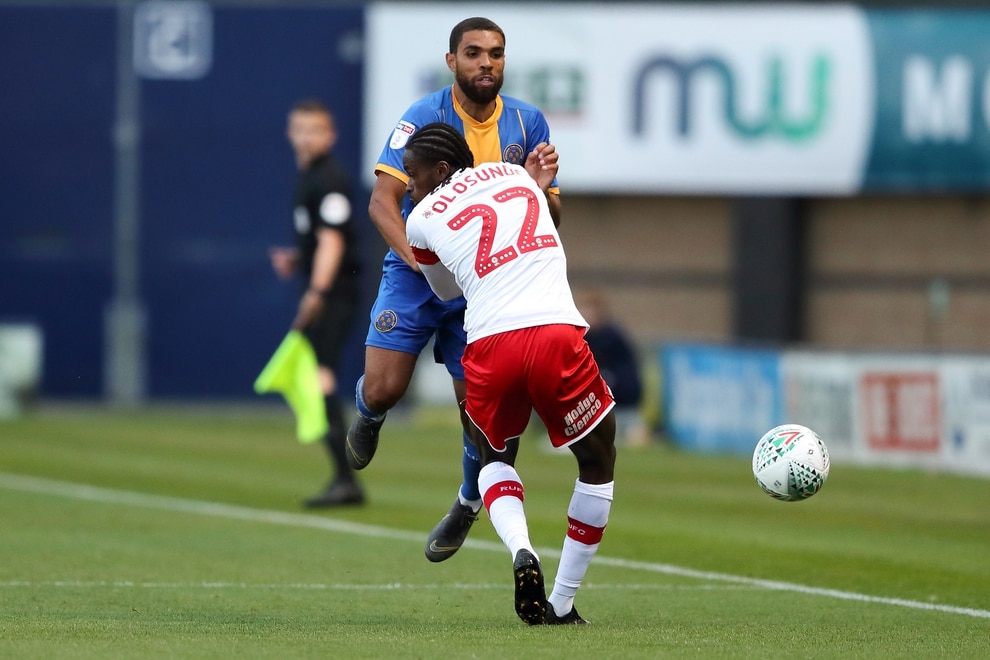 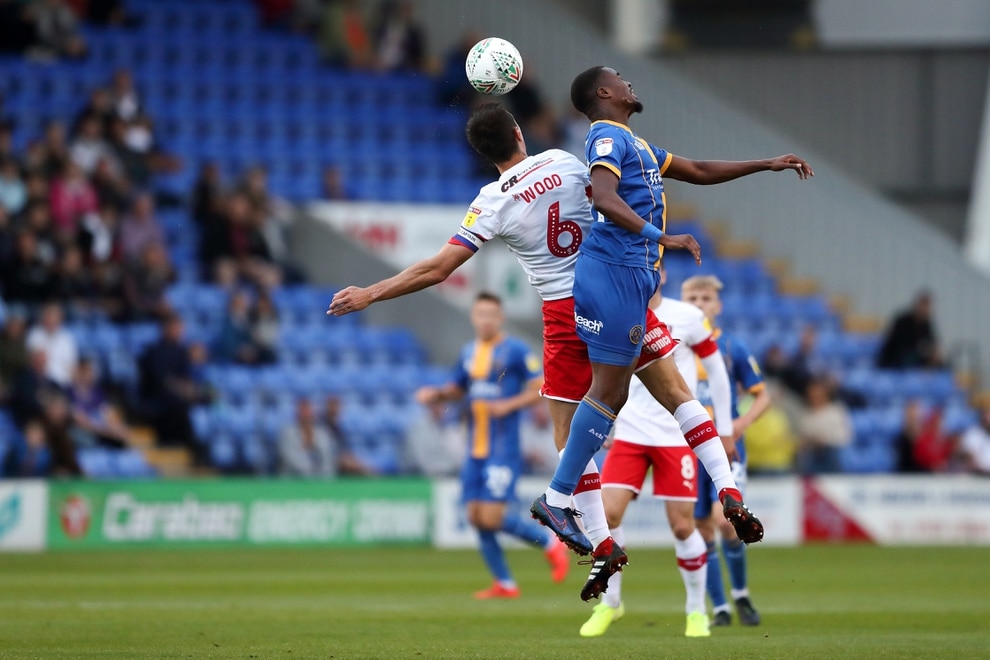 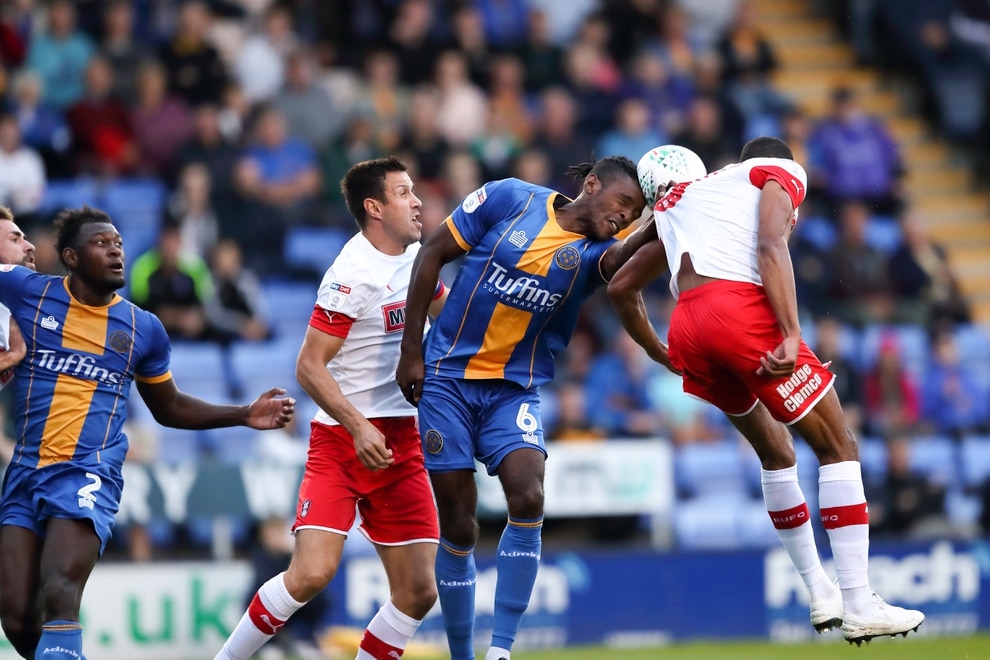 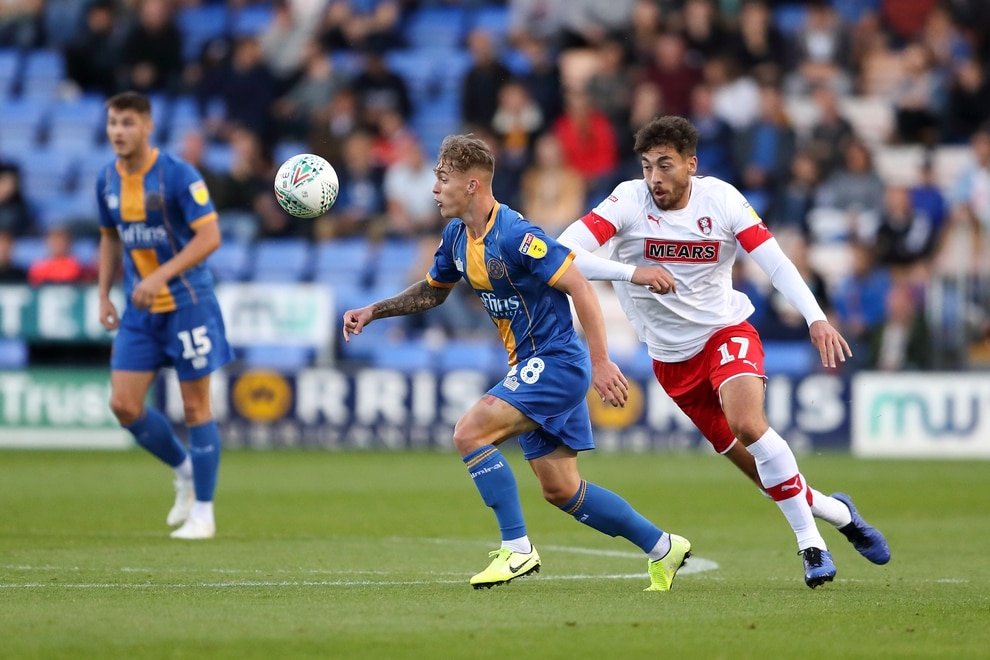 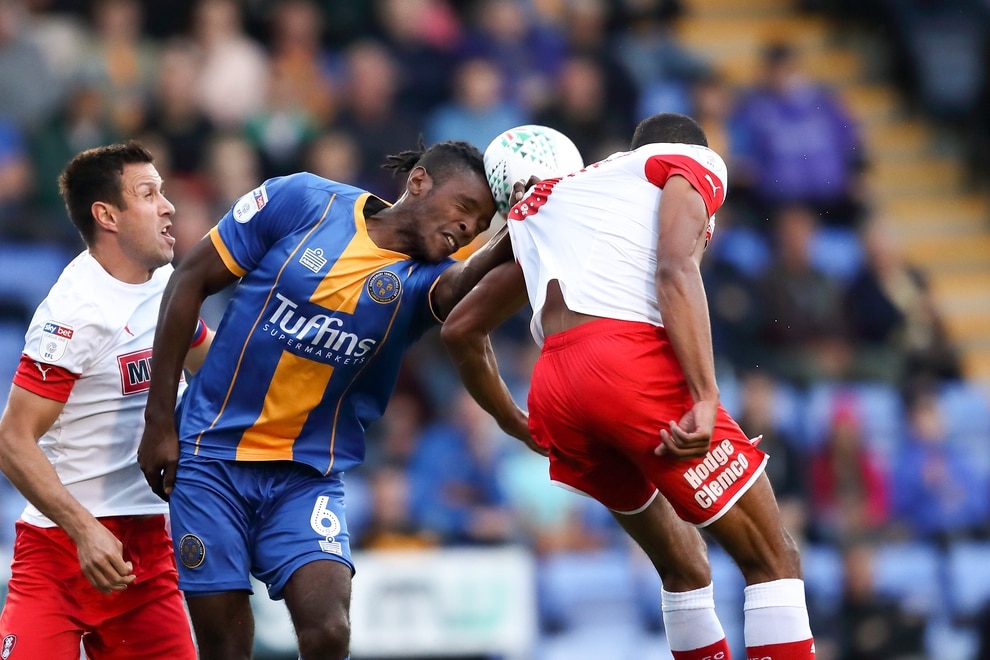 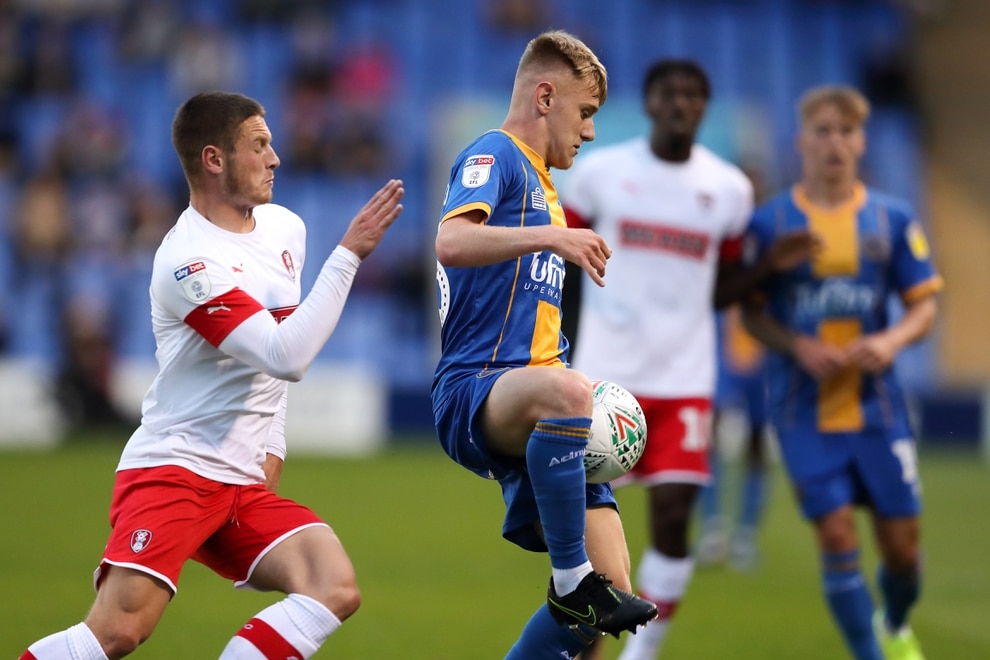 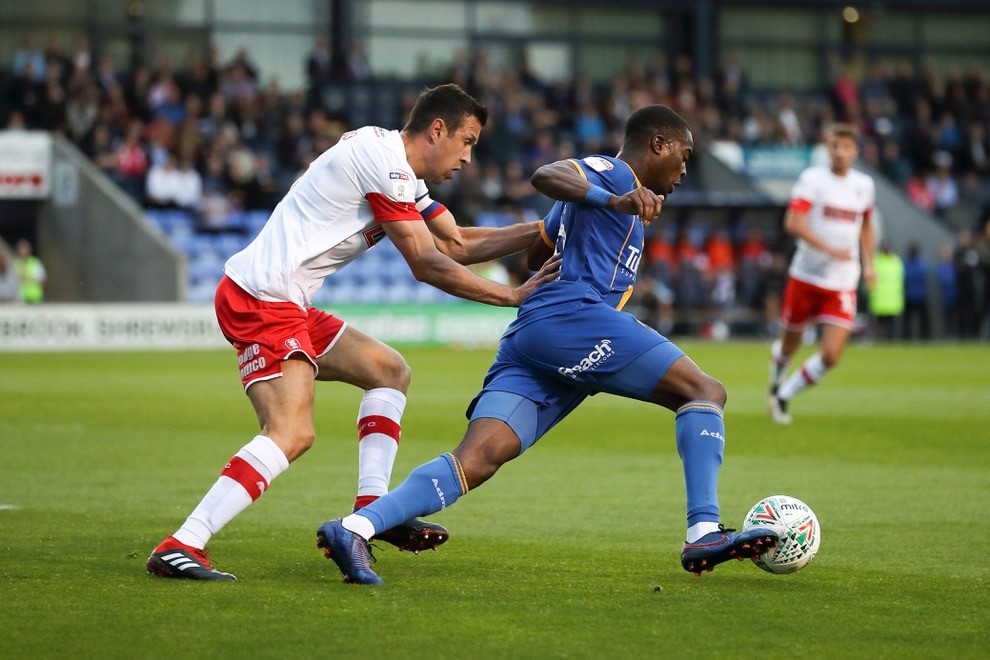 Two goals in the first three minutes set the tone for an awful evening for Sam Ricketts’ side.

Matt Crooks and Kyle Vassell did the damage early in front of an angry Montgomery Waters Meadow crowd before Freddie Ladapo scored on the stroke of half-time.

Town players suffered deserved boos at times and ironic chants at others on a very poor evening as Ricketts rotated his pack.

The second half was mostly a non-event but Rotherham’s progression had long since been sealed before Richard Wood added a fourth at the death.

Boss Ricketts made significant changes to the side that lost in added time at MK Dons.

Eight new faces started at the Meadow in total, including a debut for 37-year-old goalkeeper Joe Murphy between the sticks.

There was also a rare start for exciting 17-year-old midfielder James Rowland, who had only previously been involved in EFL Trophy fixtures.

Also in came defenders Luke Waterfall - to play his first football of the season - and Omar Beckles, who returned from the bench for the injured Ro-Shaun Williams at MK Dons.

Brad Walker was included from the off in midfield, as were wing-backs Ryan Barnett and Scott Golboure, while Fejiri Okenabirhie was back in the XI alongside Steve Morison in place of Shaun Whalley.

There was no shortage in familiar faces in the Rotherham line-up. The Millers had a front three of Vassell, Ladapo and Carlton Morris.

Morris was playing for Town and injured his cruciate ligament on that devastating May afternoon at Wembley in 2018 against Rotherham, the side he now features for on loan from Norwich.

Wood, the United skipper who scored both the headed goals that day, again led the defence.

As well as the relatively recent history these clubs share, Town and Rotherham also boast proud League Cup pedigree together. The duo faced off in the semi-finals of the 1960-61 League Cup, as the Yorkshire club progressed to the final.

Rotherham’s start to the League One season had, much like Town’s, been up and down. A win at AFC Wimbledon was backed up by defeat against new-boys Lincoln.

The Meadow’s West Stand was closed for game, with Town fans packing into the Roland Wycherley and South Stands, making decent noise on the half-empty ground.

The Town and 100 or so Millers fans who made the journey were not prepared for what happened next.

A simple ball around through the lines of Town’s defence by Ben Wiles set Vassell clear of a static backline.

Debutant Murphy races out to get a good challenge on Vassell but the ball broke to unmarked midfielder Brooks who guided into an empty net from the edge of the box.

A nightmare start for the hosts and as Ricketts stepped out to assess the damage his side were in more trouble.

Another lofted ball, this time as the visitors win it almost straight from kick-off, sees Waterfall collide with Morris and as both lay prone on the deck Vassell was free on goal.

The striker, who was on loan at Town from Peterborough, rather scuffed a tame finish towards Murphy but the ball managed to squirm itself under the keeper and bounced horribly over the line.

Treatment came out for Waterfall and Morris as the other Millers celebrated. Both eventually trudged down the tunnel with their nights over as a sense of incredulity descended on the home fans before frustration and anger soon set in.

Aaron Pierre was sent for by Ricketts while Michael Smith came on for Rotherham. Town already faced a marathon uphill challenge after a disastrous opening 120 seconds.

Town were nervy after their horror start and made the simple things look difficult for the first quarter of an hour as simple passess went astray. On the contrary the Millers looked a threat every time they ventured forward.

The powerful visitors were a clear threat from set-pieces as defender Michael Ihiekwe went close on a couple of occasions.

Pint-sized midfielder Rowland was at least showing glimpses of his class. A nicely-weighted pass launched Shrews’ first venture forward, before his lovely skillful dribble down the left created a shooting opportunity for fellow youngster Barnett.

An easily blocked Walker shot was the only thing the hosts had to show in a mostly disjointed first period.

It looked like Salop would scuttle in at the break just two goals down but, on the stroke of half-time, Ladapo crouched on the goal line to turn home Smith’s goalbound header. A simple goal.

Heavy boos greeted Ricketts and his side at the referee’s whistle.

The boss sent on Whalley to huge cheers for the second half and shifted to 4-3-3.

Town were still off the pace as Vassell darted on to a quick free-kick but had a cross cleared. Moments later Ladapo’s low shot was saved.

Rowland, 17, stamped his authority on the game around the hour with a couple of purposeful runs and one stinging drive at keeper Lewis Price had Town fans chanting his name.

But Smith could’ve made it four only for Murphy’s decent one-on-one save as Rotherham turned it on.

The final stages were a procession. Vassell and Crooks for Rotherham and Town’s Walker had wayward shots as the Millers looked after the ball on their way to round two.

Wood sent home fans for the exit by netting an easy finish from a corner with six minutes left to rub salt into gaping Town wounds.

Salop fans finished with a number of renditions of ‘let’s pretend we scored a goal’, breaking into spontaneous loud cheers to get them through a chastening evening. 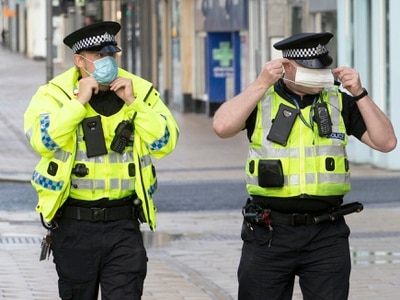