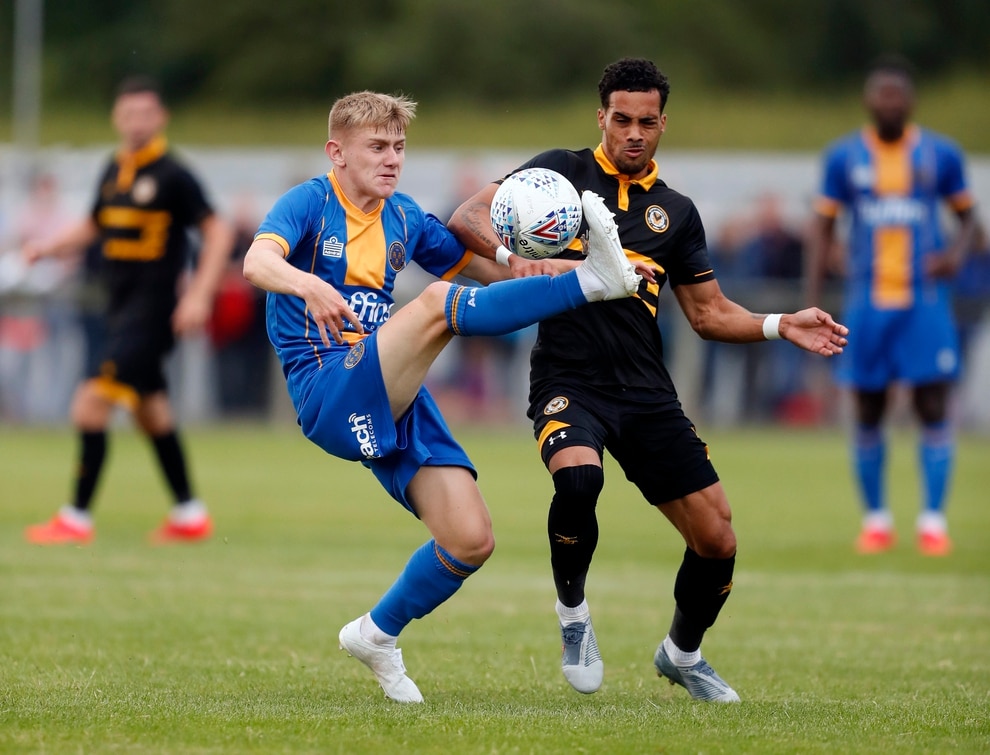 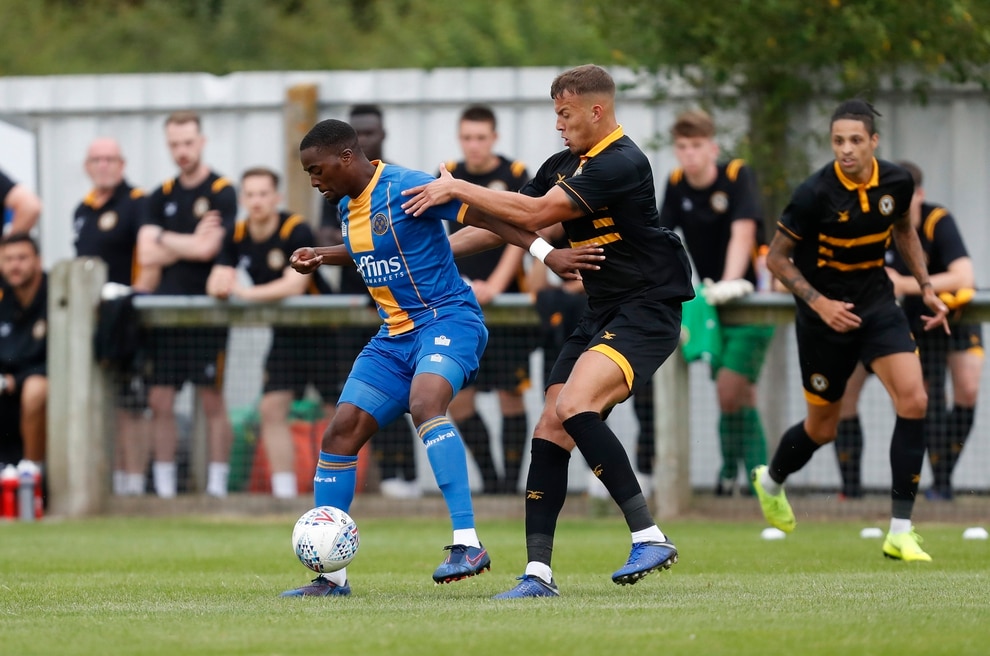 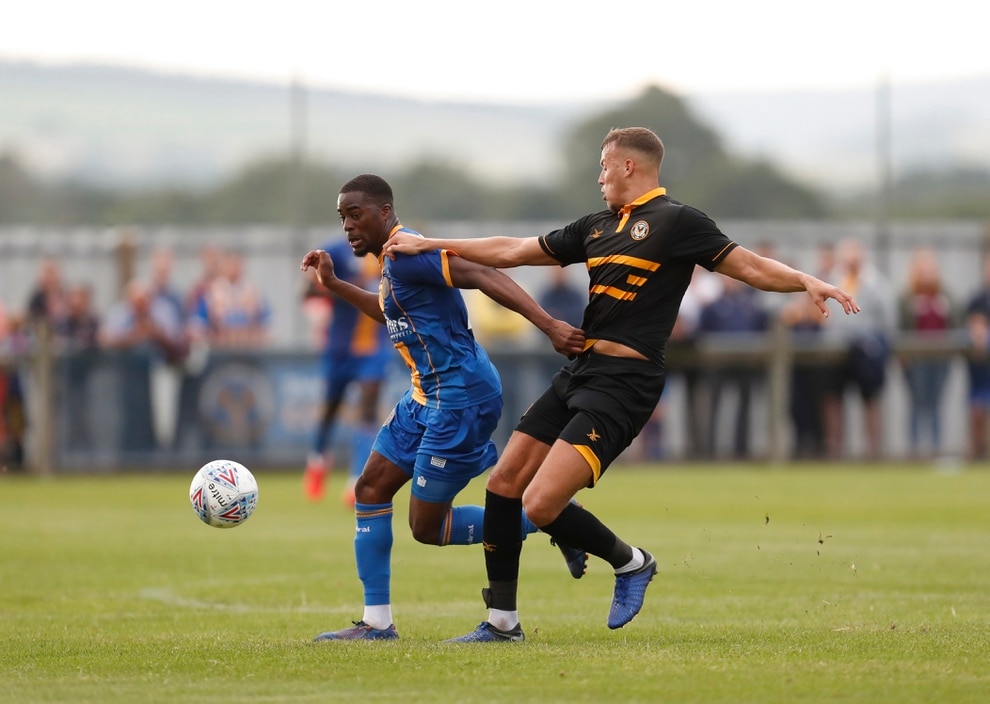 Town boss Sam Ricketts used 19 players in total across both halves in the first pre-season friendly open to their fans in England.

Shrewsbury created the better chances and were on top for large parts but were punished for a slow start to the second half.

Omar Beckles, Ryan Barnett and Brad Walker were the three Town players to complete 90 minutes ahead of Sunday’s clash with Villa at Montgomery Waters Meadow.

Five of Ricketts’ new summer signings were named in the starting XI in Ludlow as a healthy crowd watched on.

Salop were without the injured Ollie Norburn, Josh Laurent, Dave Edwards, Scott Golbourne and Joe Murphy. Anthony Grant has been told to stay away from first-team duties.

Ricketts’ men looked far the brighter in the first quarter of an hour. Giles was a dangerous outlet as Newport struggled to deal with his pace and movement down the left.

A couple of wicked crosses were just about dealt with by some last-ditch defending.

Diminutive midfield man Rowland then teed up Okenabirhie who dragged wide from distance.

Newport first threatened through a Matt downward header that was tame and easy for O’Leary.

Exciting 17-year-old midfielder Rowland grew into the game and appeared a cut above as he looked after possession and forced the issue.

Newport grew into things and forced Town back as the first period wore on. But the only real threat came as O’Leary and Ebanks-Landell got in each other’s way but the keeper recovered.

Town’s best chance came five minutes before the break as Barnett robbed his man before crossing low but Morison was not ready and the ball flicked wide.

Ricketts made five changes after the sides went in goalless at the break.

Joss Labadie shot over for Newport as Town’s second-half strikeforce of Whalley and Udoh tried to combine at the other end.

Town were flat at the beginning of the first period and punished just after the hour as Padraig Amond was sent scampering down the left from a lovely flick. He squared to Matt for a simple finish.

The opener woke Shrews up as Whalley stung the wall with a free-kick before Udoh passed up a glorious chance for his first Salop goal but couldn’t adjust his feet from Barnett’s cross.

Whalley went inches from an equaliser after fizzing a well-struck left-footed shot inches wide from a Barnett pass.

Sub Abo Eisa latched on to Udoh’s pass and had a goalbound shot cleared by Marvel Ekpiteta before youngster Kian Taylor, on as a sub, saw an effort from distance deflected wide.

Town’s luck in front of goal was encapsulated by Eisa late on who blasted well over when clear through on goal after running the entire Newport half.

Weinstein portrayed by prosecutors as predator as rape trial opens