Gavin Cowan has described the 'warm' feeling of the Telford community raising funds on behalf of AFC Telford United.

The Bucks manager says supporters have gone 'above and beyond' in their backing of their club during the financial uncertainty caused by Covid-19.

Almost £2,400 has been raised in an online fundraiser which began as a coronavirus survival fund before the Bucks updated it to boost the playing budget.

Cowan highlighted the efforts of AFC Telford under-11 youth player Charlie Preece, who ran five miles from his home to the New Bucks Head on Saturday to raise funds for the club, and has been sponsored by family, friends and team-mates.

"For people to put their hands in their own pocket when they pay to come through the turnstiles anyway is going above and beyond," Cowan, who will further add to his confirmed Bucks squad in the coming days, said.

"There are young lads like young Charlie, doing his fun run raising money, it was great to Zoom call with him the other day.

"He's raising hundreds of pounds, when you see young lads and the community coming together, that's my passion.

"When you see people pulling together it leaves a warm feeling, it's very nice to be a part of.

Cowan has been active in the community during the lockdown, delivering food packages to those in need with his Crossbar Coaching business.

"I'm passionate because I've seen what can be achieved when people pull together, I'm a big believer in it," added Cowan, who was born in Germany but raised in Essex before settling in Shropshire after his move to Shrewsbury Town in 2005.

"I suppose the definition of a good person is where they do something without the expectation of anything in return and that falls in this bracket.

"It's a really warm feeling to know people are still backing the football club even in tough times." 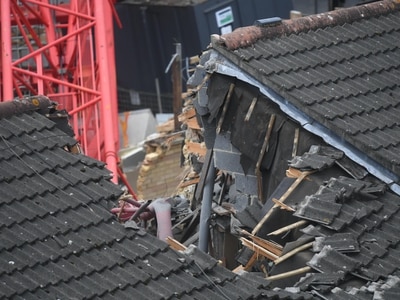