A Marcus Dinanga double sealed a Bucks win on the road in Yorkshire, where they overturned a half-time deficit to record a deserved if narrow victory. 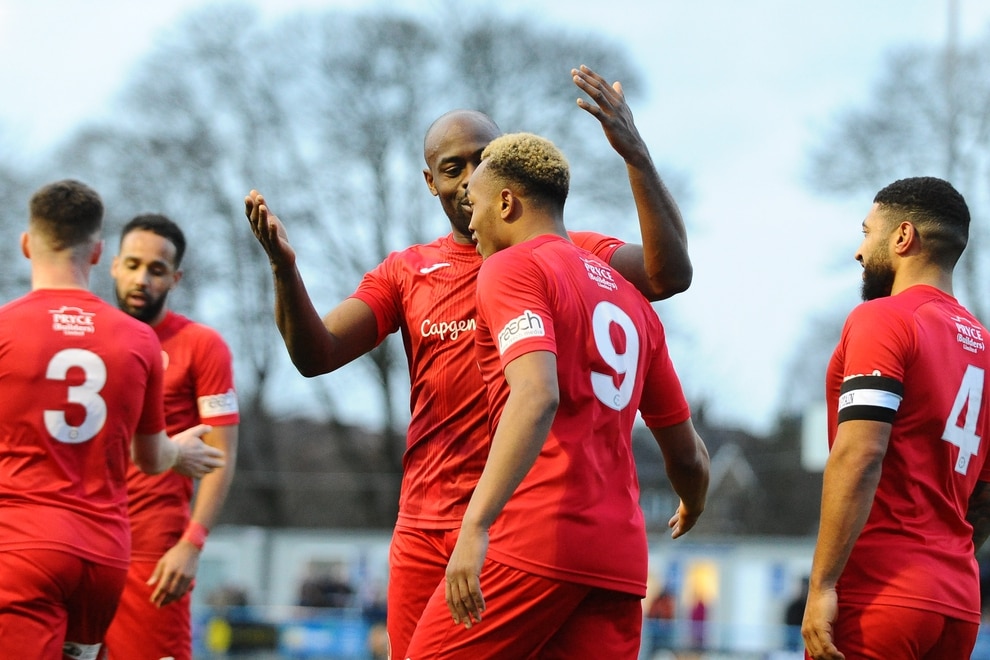 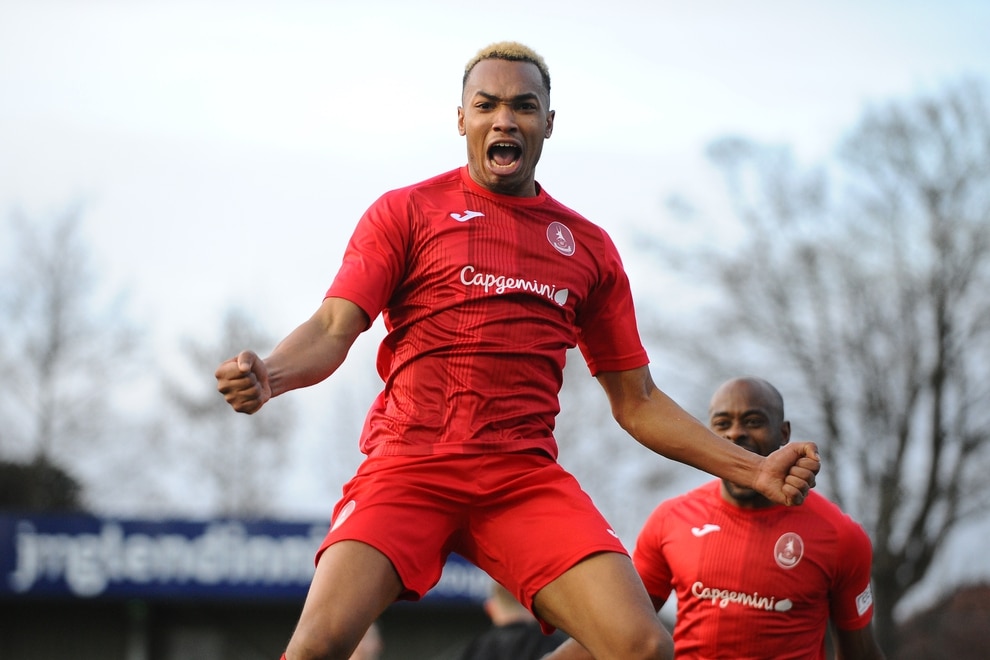 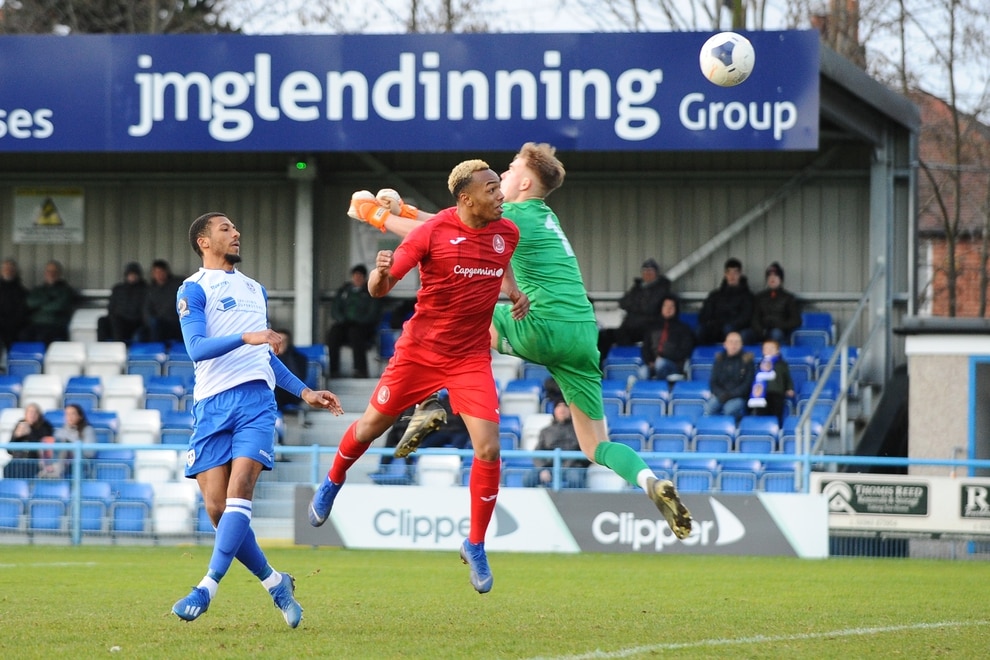 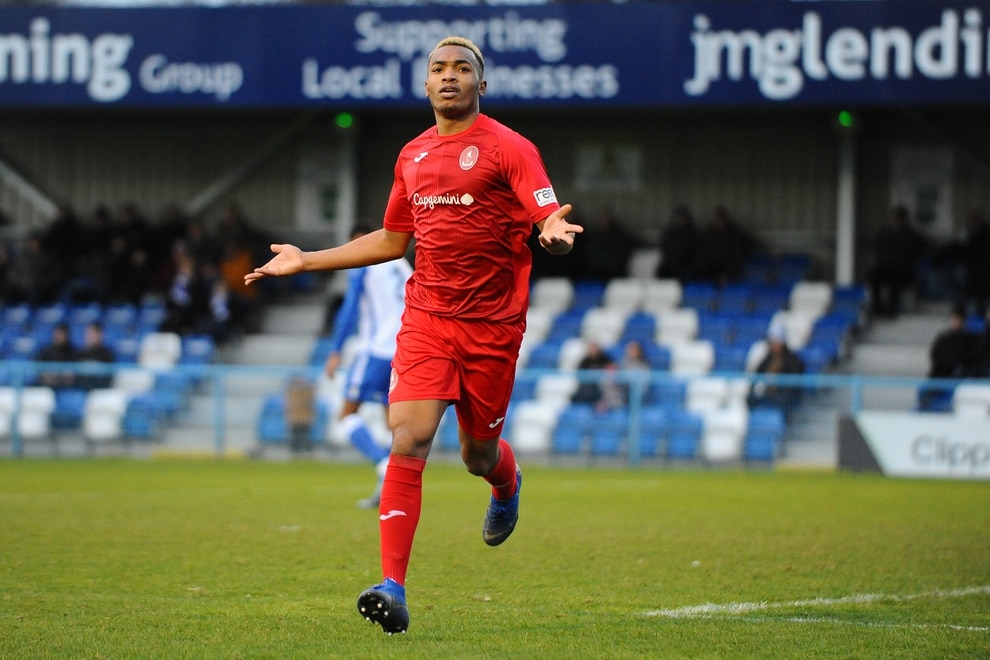 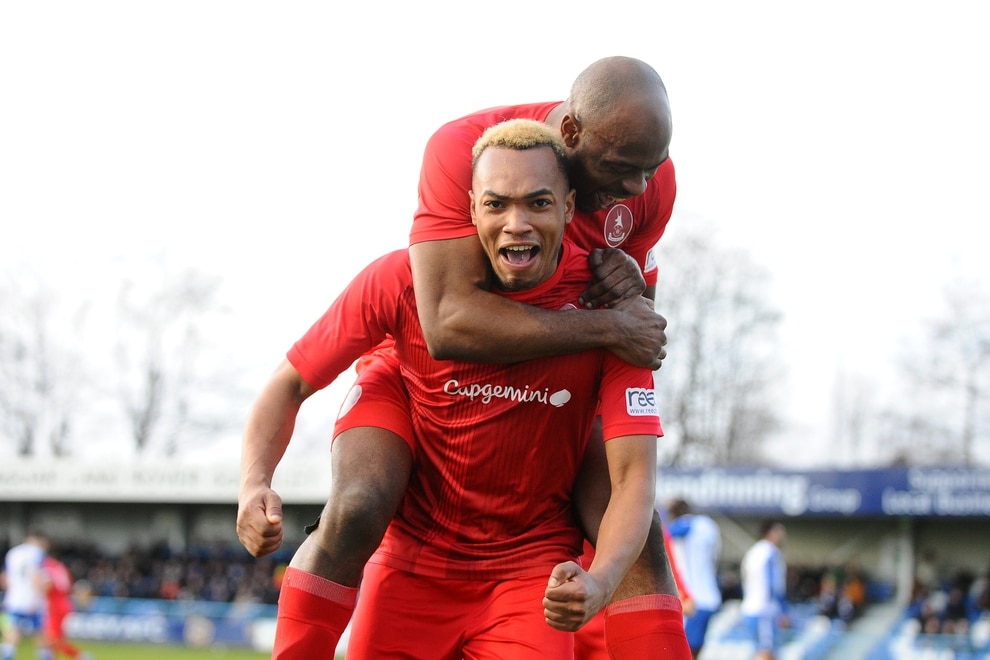 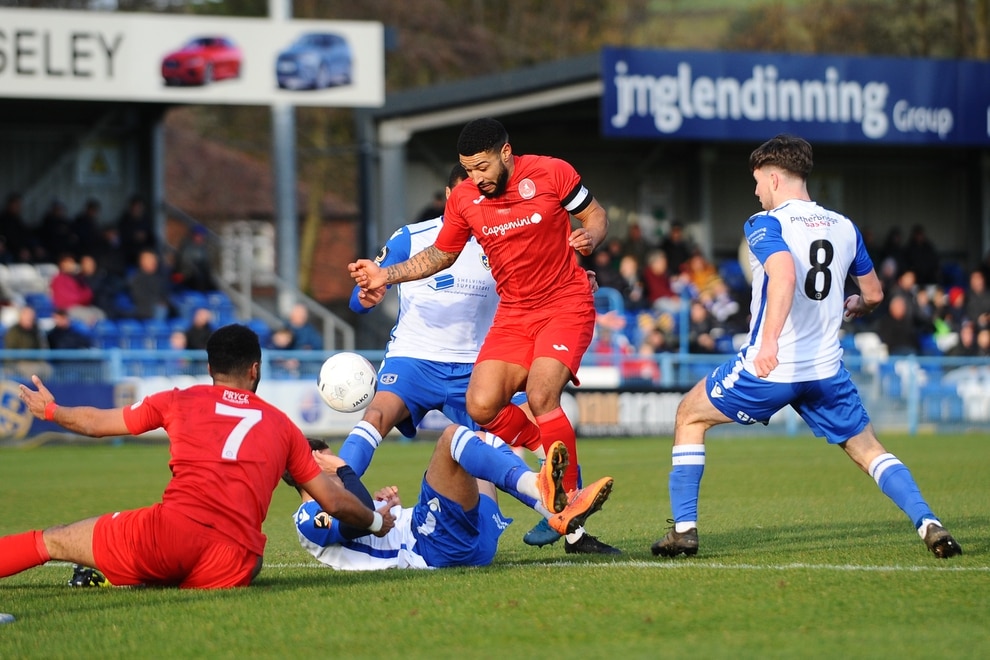 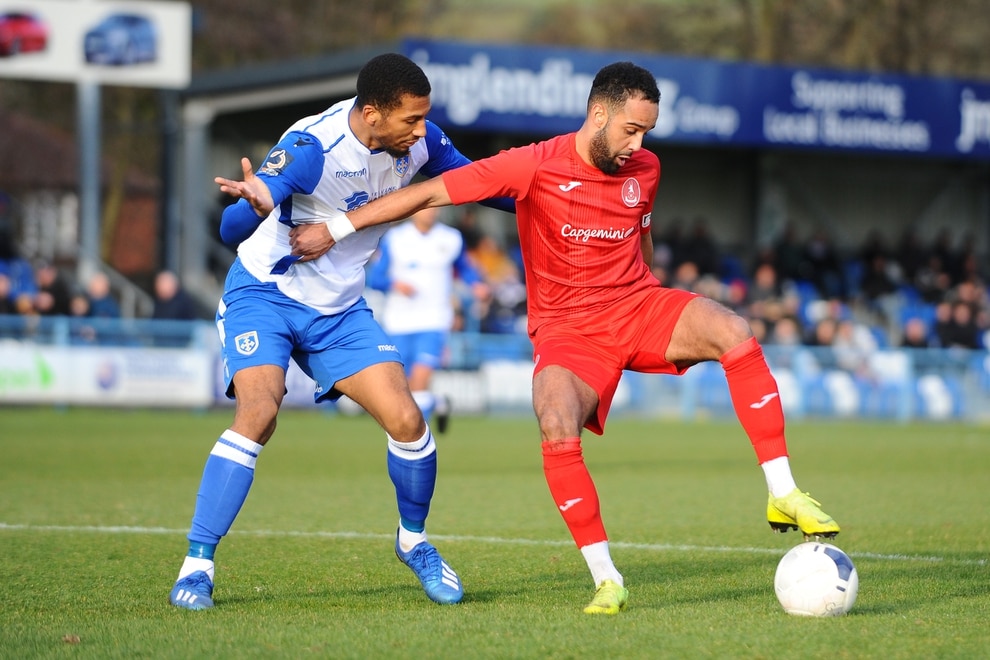 Manager Gavin Cowan was thrilled by the response of his team to their heavy defeat at Altrincham a few days earlier, and hailed Dinanga’s contribution for what he did off the ball as much as his two goals. In truth, the fleet-footed forward could have had four goals, but demonstrated the happy knack of being in the right place at the right time to first nod the Bucks level, then to bury an instinctive finish to complete a league double over the Lions of Guiseley.

Cowan had felt his team applied themselves in terms of effort at Altrincham, but had been ‘busy fools’, too often doing the wrong thing and deviating from his game strategy. That was far from the case here, and the manager was full of praise for his side’s courage in sticking to their guns, even when trailing, and gaining their reward.

That applied to Dinanga too, with Cowan feeling that the striker had understood the need to work hard when not in possession, and that the goals he got were reward for that.

Reverting to a back four in defence and with Dinanga the lone forward, the Bucks matched the Lions in the early stages. Their first opportunity to test debutant Lions keeper Brad Wade arrived on 10 minutes, when Brendon Daniels was fouled on the left-hand side, 15 yards from goal. Daniels’ confidence is high with three goals in a week, and Wade had to be alert to turn his low free-kick around the outside of the defensive wall away for a corner.

Just a few minutes later, Daniels rode a challenge as he cut into the penalty area from the left, then was sent to the floor by a second challenge that referee Dean Hulme ruled no foul, although Daniels and many others felt it was a legitimate penalty claim.

Guiseley, with Chris Sang and Lee Shaw looking lively, had their best opportunity on 18 minutes, when Zak Lilly’s attempt to shepherd the ball out of play failed, and Shaw was set up for a shot from 18 yards that was deflected wide for a corner.

Sang took a blow to the face, continuing in a blood-free no.20 shirt, and saw team-mate Brad Nicholson the first player into the book, for chopping down Ryan Barnett. Daniels’ resulting free-kick struck the defensive wall, then Barnett was involved again, finding Dinanga with a great ball that he laid off for James McQuilkin, whose shot was deflected wide of goal.

The Lions were by no means sleeping, and from free-kicks and corners they looked to utilise the threat of giant defenders Hamza Bencherif and Kennedy Digie. On 35 minutes it was that route which brought a breakthrough; a set-piece wasn’t met with a decisive punch from Bucks keeper Michael Luyambula, Sang had a shot blocked when the ball ran loose but when it landed at Digie’s feet he smashed a rising shot home through the crowd from 12 yards.

The Lions had the upper hand for the remainder of the half; Wade did have to save a sharp Dinanga shot, with Sang doing likewise for the Lions, Luyambula equal to his effort.

The Bucks emerged from the half-time interval looking energised, and they took the game to the hosts. Dinanga was starting to buzz, receiving more support from those behind him. Daniels swung a shot wide from 18 yards on 57 minutes, then when the Lions made an absolute hash of a ball played across defence, Dinanga squandered the chance, dragging a shot wide of Wade’s left post from around 15 yards.

The striker clearly didn’t let that play on his mind, and on the hour mark he levelled the scores. A ball into the penalty area bounced in front of Wade and Dinanga was brave to jump and beat a defender and the onrushing keeper, nodding the ball over both into the unguarded net.

Back to all square, the Bucks showed little intention of shutting up shop for a point, but Guiseley weren’t finished either. Sang had a deflected shot loop wide, then Luyambula pushed away a firm Aram Soleman shot from 15 yards, the midfielder set up by right-back Nicholson.

Play went from end-to-end in the game’s most open spell, Daniels having a shot blocked, whilst Kaine Felix did all the hard work for the Lions and then overhit his cross. Dinanga’s pace and willingness to run in behind the defence was creating space for midfield colleagues to run into. With a little under ten minutes left, Dinanga must have felt it wasn’t to be his afternoon; Barnett’s trickery on the right delivered a pin-point cross and from just a few yards, Dinanga powered a downward header that the outstretched boot of Wade deflected wide.

The Bucks kept the pressure on; McQuilkin’s shot was deflected wide for a corner, and although that yielded no reward, the Bucks weren’t kept waiting long. As the Bucks moved the ball left to right, an errant Guiseley defender thrust out a leg and as the ball ran into his path the alert Dinanga finished past Wade from around the penalty spot, the keeper’s leg this time deflected the ball high into the top corner.

Turnaround complete? Yes, but there was still time for Luyambula to turn a header overt the bar from a free-kick as it headed for the top corner, the keeper also holding Gabriel Johnson’s cross when he placed it too close to him.

There was almost a third Dinanga goal, but he was ruled offside when Adam Walker burst clear, drew two men to him and then appeared to slip Dinanga through with a run on goal. It mattered not; the Bucks had delivered a fine response to their midweek mauling, one that delighted Cowan.