After sharing four goals only four days earlier, the Bucks and Altrincham combined for seven goals at the J.Davidson Stadium in a game where defences appear to have taken a night off, but where the home side overpowered Gavin Cowan’s side with ruthless finishing. 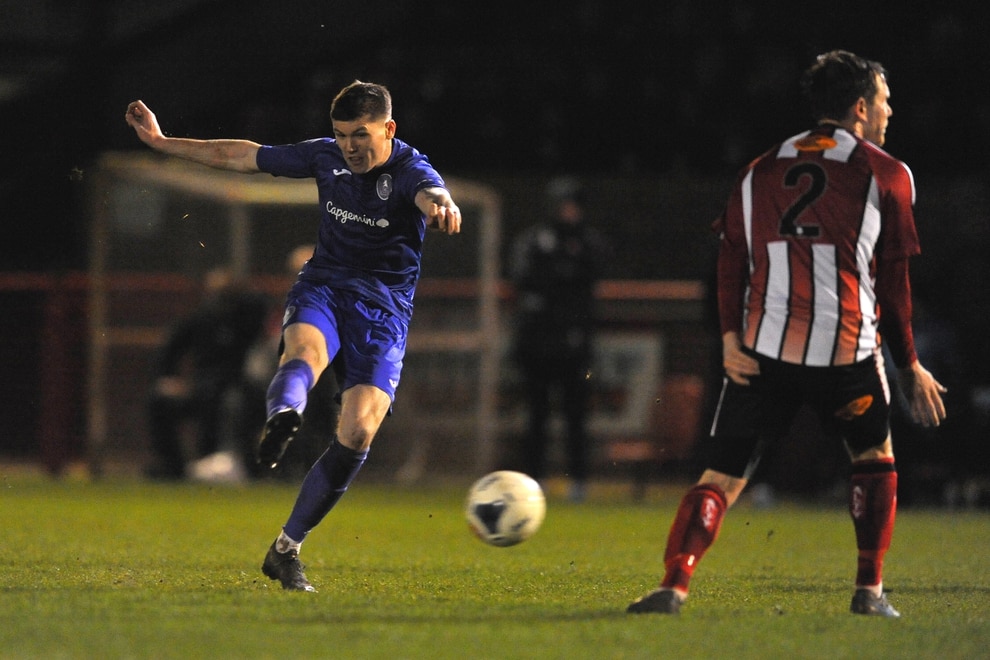 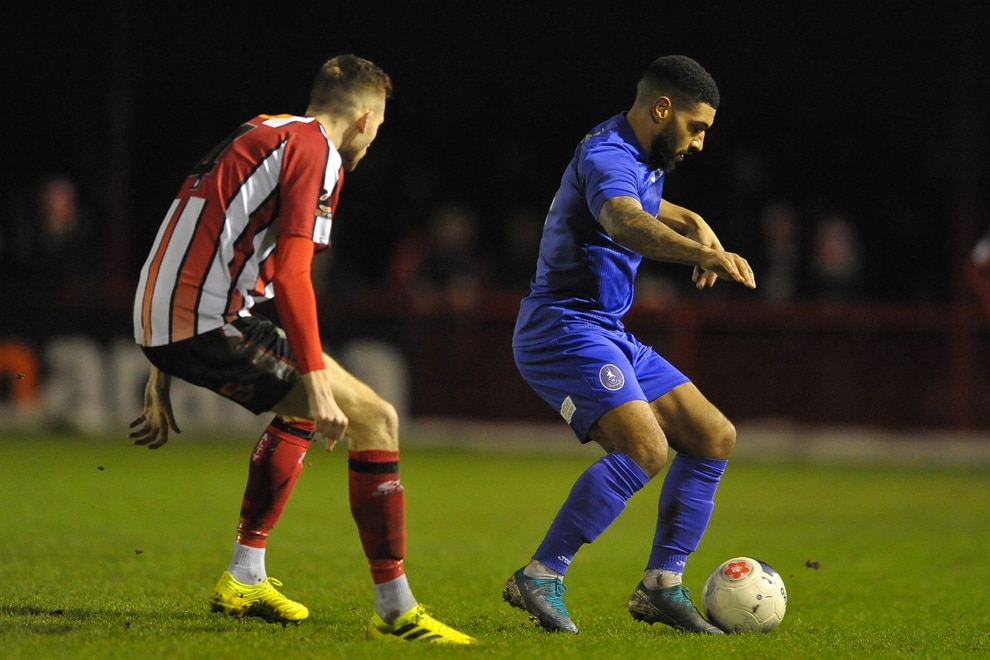 Ellis Deeney of Telford during the Vanarama Conference North 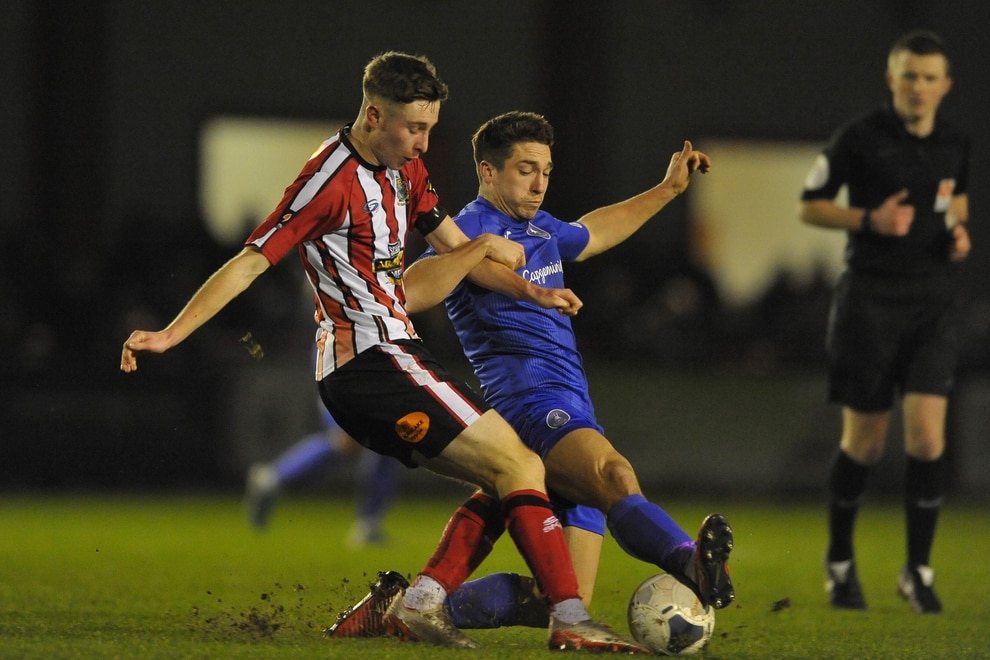 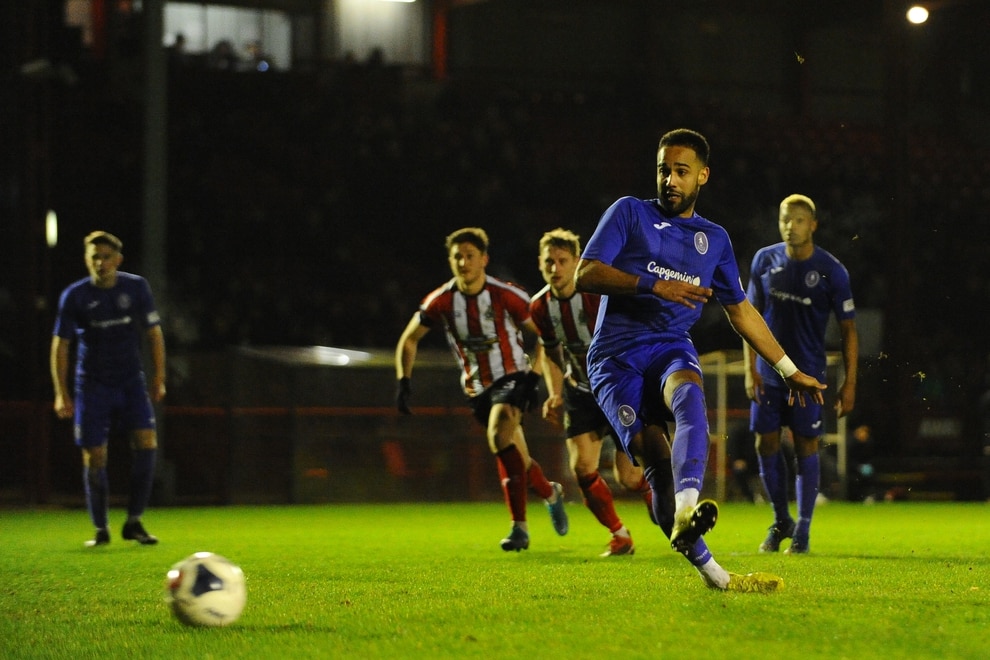 Brendon Daniels of Telford scores to make it 2-4 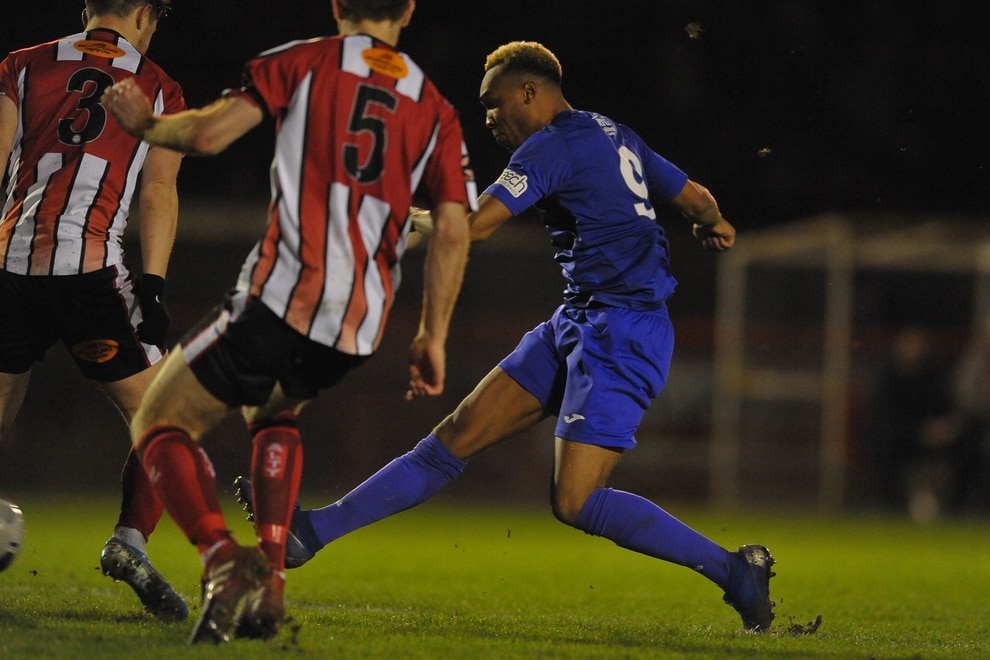 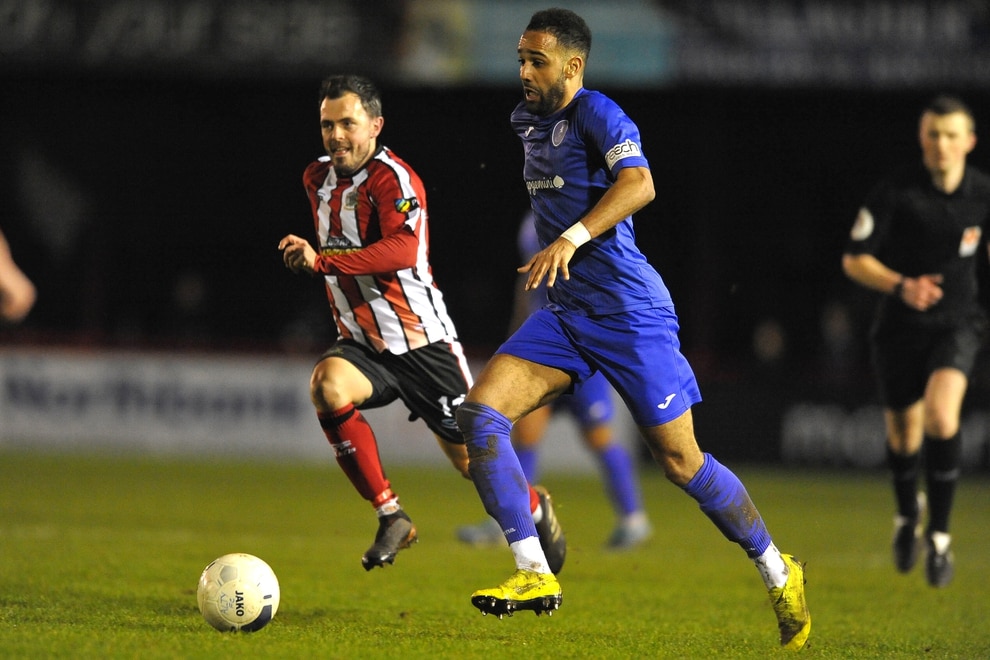 The Bucks looked as though they had set up perfectly in the early stages, allowing Altrincham and breaking play up to launch their own forays forward. The hosts did go close on 4 minutes, debutant Daniel Mooney slamming a shot off the inside off the far post, but the Bucks responded by striking the goalframe too; home keeper Tony Thompson flapped at a corner, and Zak Lilly nodded the loose ball off the crossbar, the ball eventually cleared.

The Bucks seemed keen to test Thompson; Matt Stenson wasn’t quick enough to react to an Ellis Deeney shot the keeper parried, and then from another corner two Bucks had efforts blocked when Thompson spilled the ball once more. On 26 minutes Brendon Daniels tested Thompson’s reactions with a shot from the right edge of the penalty area and the ball crashed off the underside of the bar and out, Darryl Knights unable to convert the loose ball.

Those missed chances were to cost them dear, however; on 29 minutes the Bucks were breached and Hulme suddenly found himself through with only Luyambula to beat, and teammate Hancock in support. The goalkeeper advanced but Hulme calmly dinked the ball past him to open the scoring.

That felt like rough justice, but on 41 minutes Alty struck the post once more, and with the Bucks at sixes and sevens former player Josh Hancock was cool amongst the panic, beating Luyambula with a shot across the keeper.

Two goals adrift at the interval, it took just seconds for any plans the Bucks made in the dressing room to be made invalid. They hardly laid a finger on Hancock as he broke through on the left of the penalty area and slipped the ball past Luyambula, exposed once more.

Only three more minutes had passed before it got even worse; the Robins cut through on the right, Mooney shot from an angle and when Luyambula saved, Hulme was on hand to pop home his second goal, and the hosts fourth.

Perhaps feeling comfortable, the Robins quickly saw their advantage cut to three goals, as Marcus Dinanga was located running beyond their defence, and the forward showed commendable composure to turn back inside his marker and find the near bottom corner past Thompson’s right hand.

On the hour the lead was down to two, as the Bucks mini-revival was aided by the award of a penalty. Adam Walker’s shot was blocked, Matt Stenson got to the loose ball and in a clatter of bodies referee Ed Duckworth spotted an offence. Daniels, who beat Thompson twice on Saturday, did so again from the post.

If nerves were exposed a little, Robins skipper Jake Moult calmed them on 67 minutes when he was in hand to convert a loose ball from a corner from 8 yards, the Bucks again unable to deal with the set-piece.

More chances followed at either end, Hancock grazing the bar being the closest, as the Robins relaxed, content the points were safe.

Digital Sports Editor for the Express & Star and Shropshire Star