Despite a spirited second-half showing, Gavin Cowan wasn’t in the mood for excuses after the Bucks went down to a defeat at Curzon Ashton. 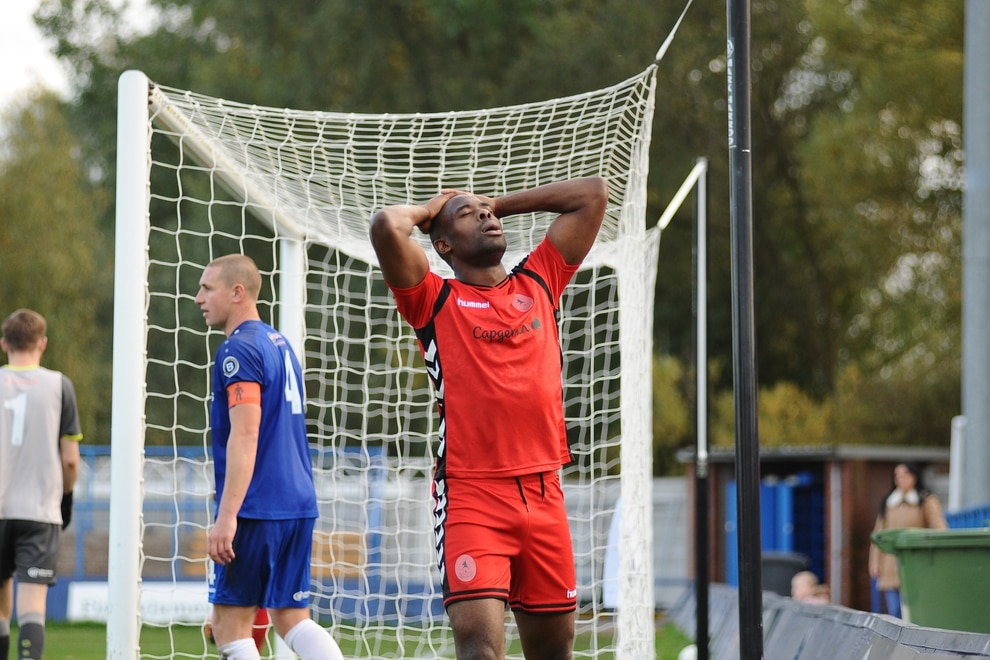 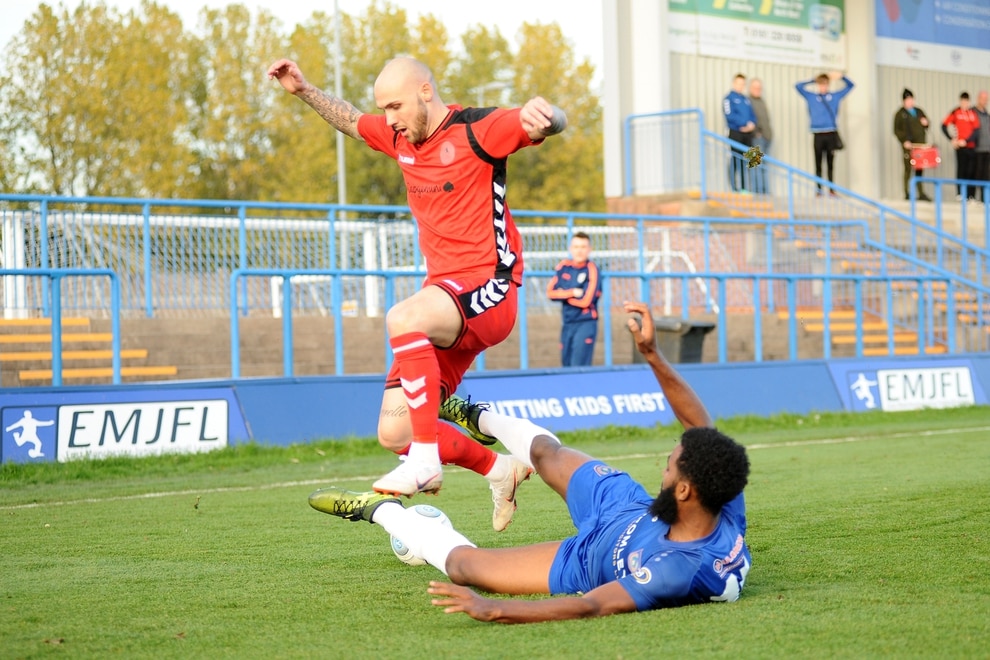 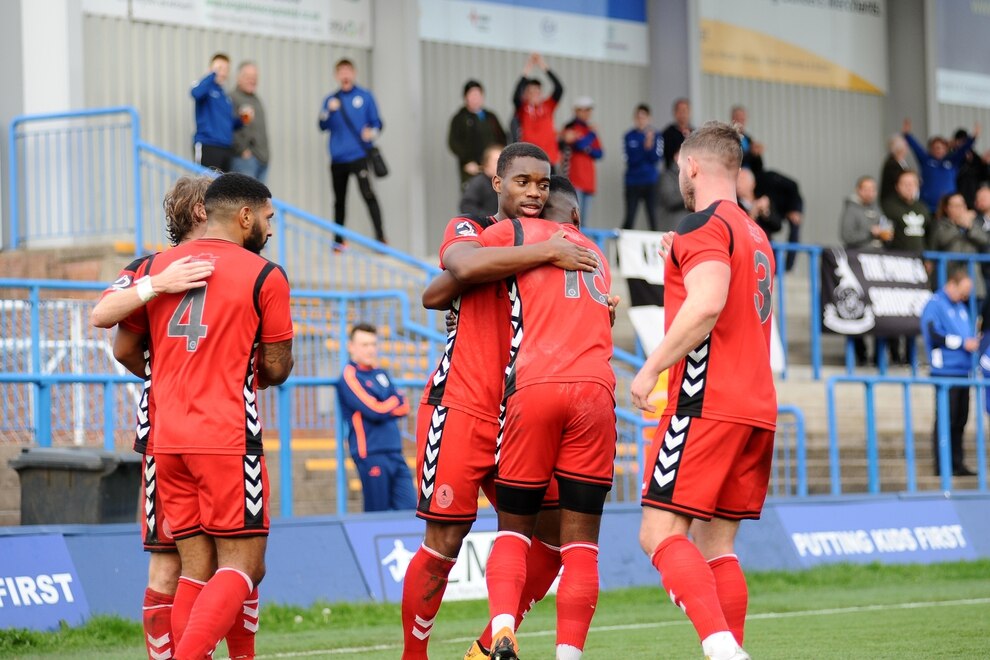 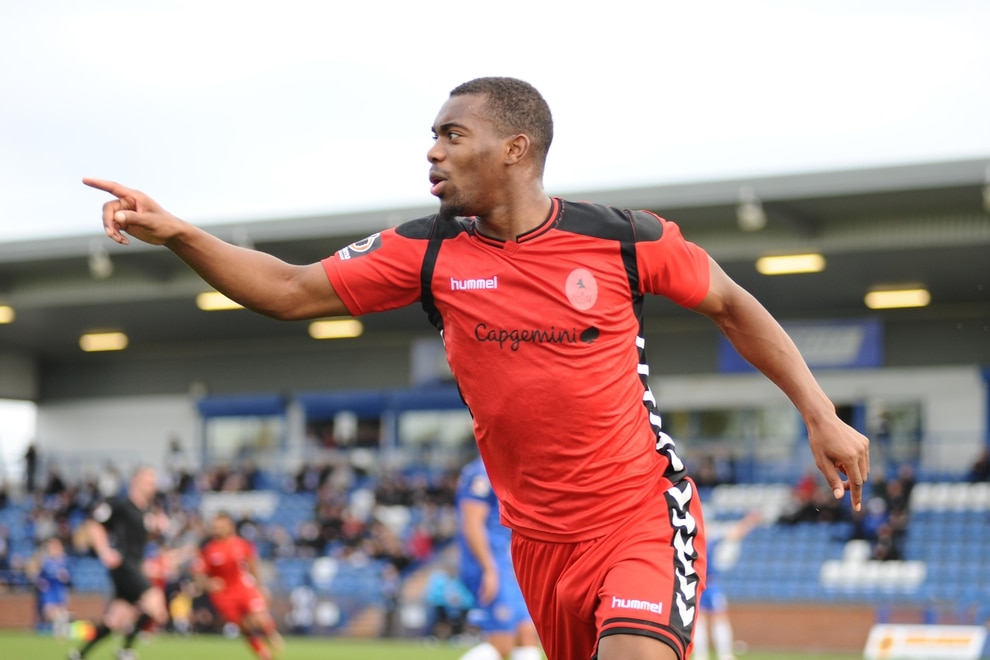 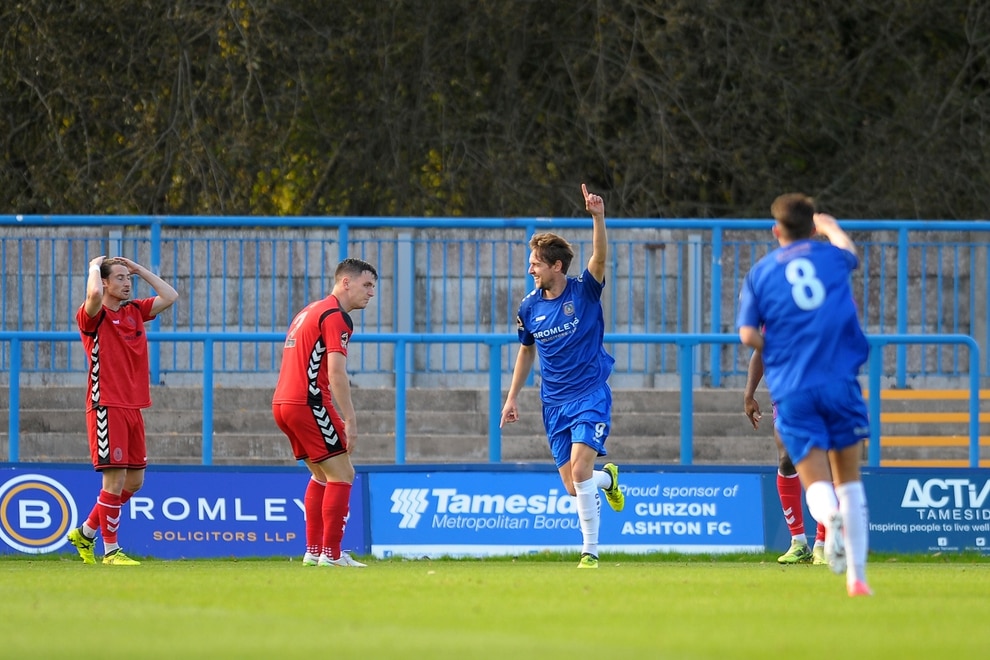 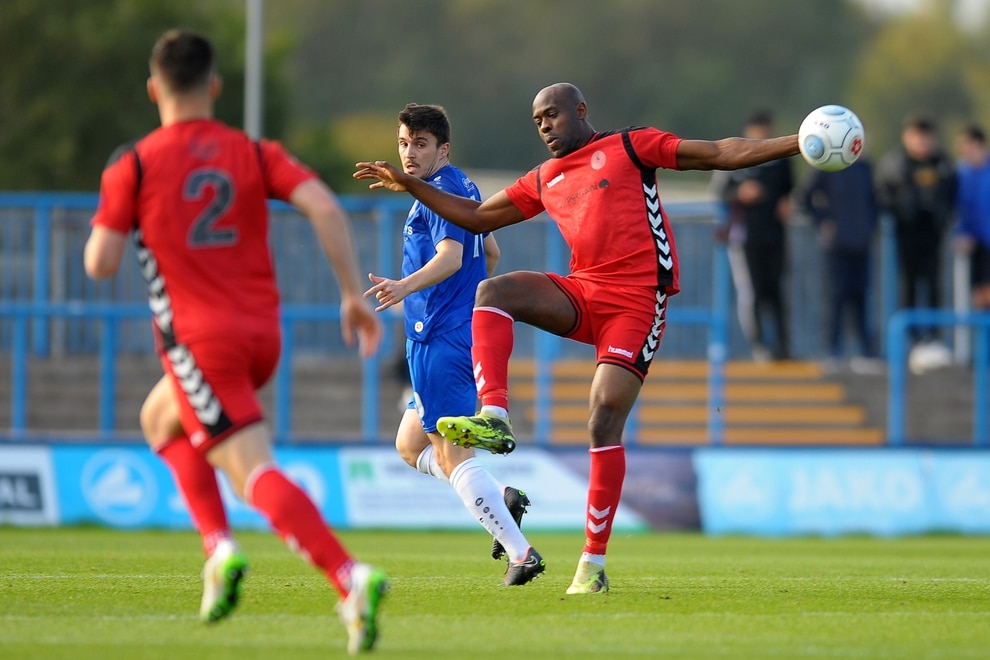 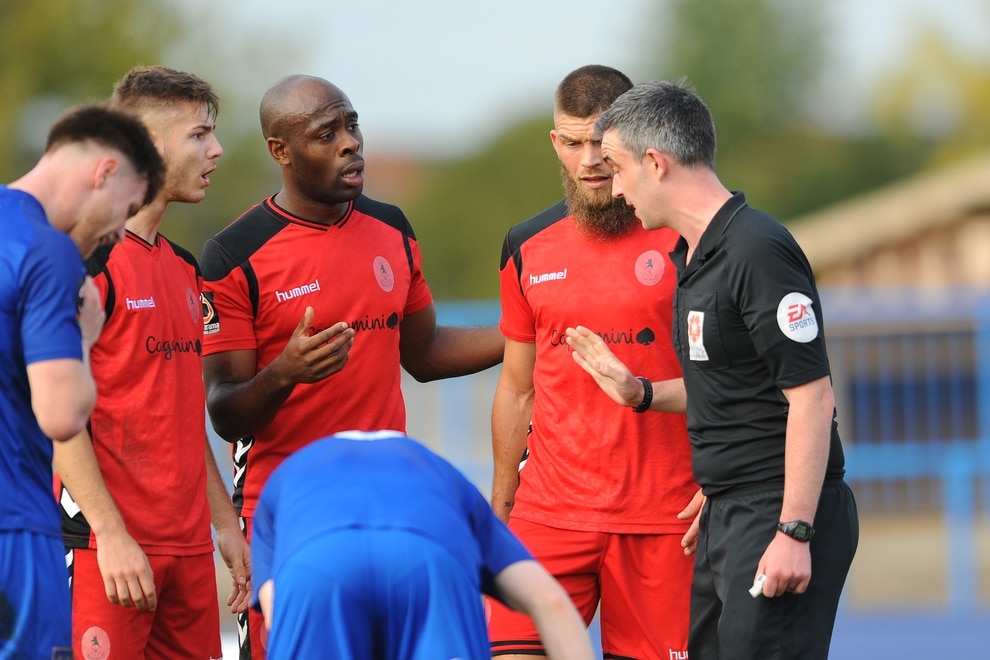 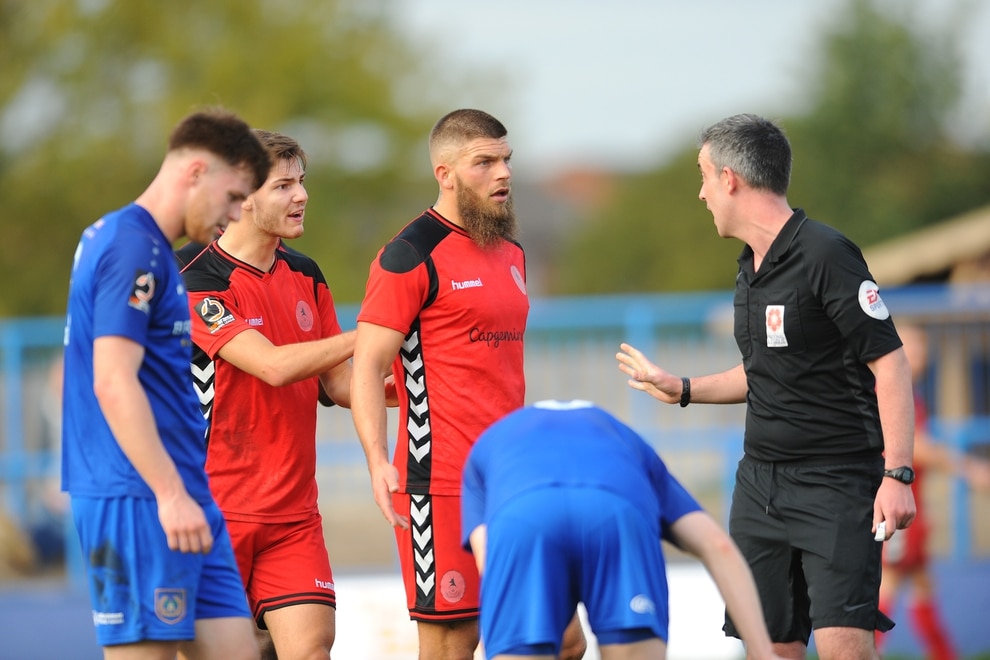 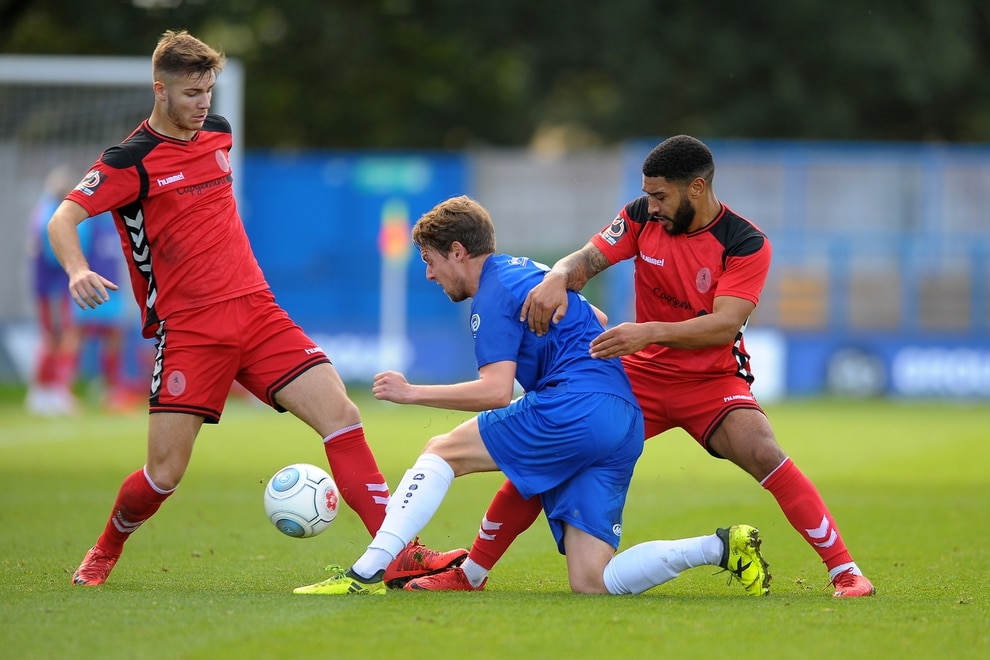 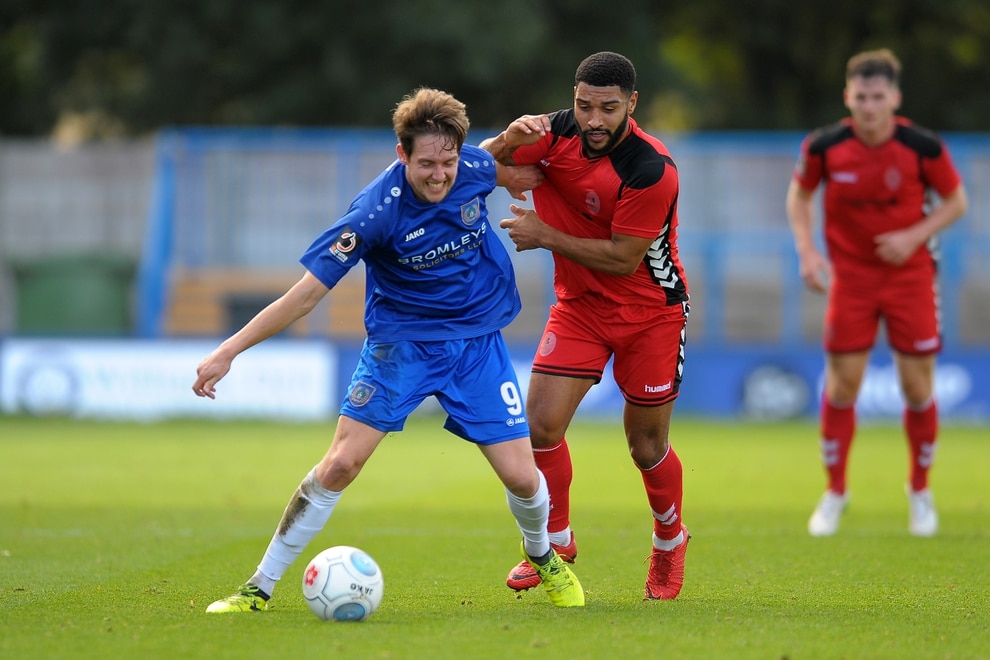 A disjointed and lacklustre first 45 minutes, including a red card for John McAtee, was followed by a half-time reorganisation and some harsh words from the manager, and it brought a response, but the damage had been done.

After last week’s 1-1 draw with league leaders Chorley, hopes were high that the Bucks would kick on and find some of their early season form.

Cowan admitted after the game that his team had been training well, and was mystified by their poor opening, although he also held up his hands to a tactical misjudgement.

Playing five at the back, with three central defenders, there were times when the unit, but especially youngster Zak Lilly, seemed unsure of whom he was supposed to be picking up.

That was certainly the case when former Buck Ryan Brooke opened the scoring after just four minutes; an early corner for the home side wasn’t dealt with, and Brooke was afforded the freedom of the penalty area to turn and drive low and across keeper Max Bramley.

Cowan’s side seemed unable to establish any foothold in the game.

Too often Andre Brown was left isolated up front, and when the ball did reach him it wasn’t sticking, with the home side able to maintain their early pressure.

Brooke tried his luck from distance, and Adam Morgan made Bramley save smartly at the near post from a free-kick opportunity.

Curzon were winning corners down the left, where Connor Hughes and Cameron McJannett were capitalising far too frequently.

However, it was from a Bucks corner on 34 minutes that the game’s next twist arrived.

Home keeper Cameron Mason went down, apparently poleaxed as the players jostled for position, and John McAtee was shown a straight red card, referee John Matthews confirming after the game that the Shrewsbury Town loan player had swung an elbow at the Nash custodian.

Reduced to ten men, the Bucks just about saw out the first half; Morley had to be alert to rob a Curzon forward at the far post when a cross was helped on, then Bramley was alert to the danger, saving a Brooke header that was arrowing in at the near post, Hughes’ cross reaching him far too easily.

The Bucks reorganised at the break; Lilly was withdrawn and Cowan deployed a back four, adding Amari Morgan-Smith’s strong running and physicality up front to aid Brown.

It worked almost straight away; the Bucks saw much more of the ball, with James McQuilkin finally able to pull some strings in midfield, and just after the hour the Bucks were back in it.

Two Curzon midfielders got in a mess, Ellis Deeney robbed them and fed Darryl Knights, and when Morgan-Smith helped Knights’ pass on to Brown the forward advanced and lashed the ball high and across Mason from the right of the box to score.

That looked to be game on as Curzon, without a home win previously, looked edgy.

It must have been intensely frustrating for Cowan to see his side concede again within five minutes, as a corner wasn’t held under pressure by Bramley, and McJannett poked the ball home past a sprawling Deeney on the line.

The Bucks had to dig deep to respond, and Cowan was positive, bringing on Adam Dawson and Henry Cowans for Morley and McQuilkin, looking to go all out.

Despite having much more possession and keeping the home side pegged largely in their own half a chance wouldn’t come.

The closest they came was as the game ticked over into five minutes of injury time; a free-kick was headed back across goal by skipper Shane Sutton, and defensive partner Streete rose to meet it, but couldn’t guide his effort home, hearts in mouths all around the ground as the ball passed Mason but dropped agonisingly wide of the far post.

A game that looked like a real three points for the taking, had proven once again that anything less than your best efforts often yields no reward.