Big Interview: Jill Scott beats bullies at their own game

Four years ago, more than 750 million people around the globe watched the Women’s World Cup in Canada. 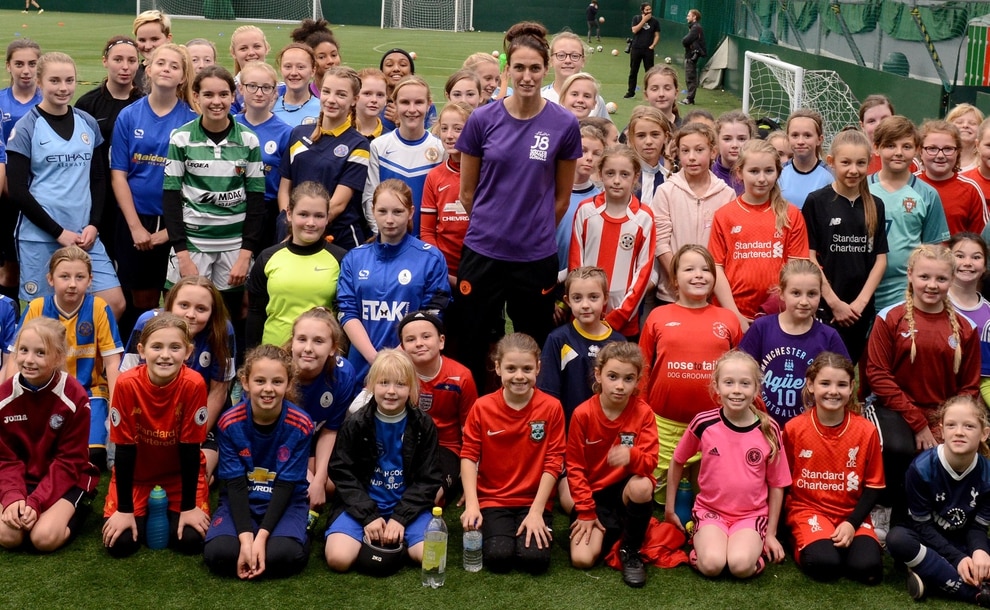 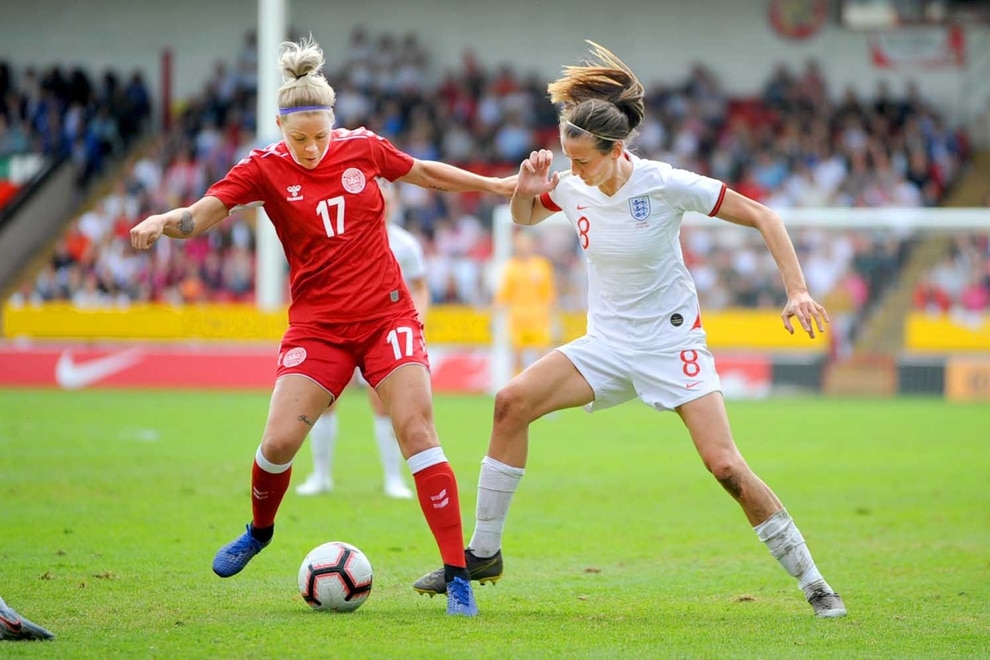 Audiences for this tournament, which started yesterday, are expected to significantly surpass that total.

Quite simply, women’s football is booming with investment at its highest and sponsorship flooding in.

Most importantly though, the quality on the pitch is the best it has ever been.

For the players themselves, the rapid rise of the women’s game has been life-changing.

And there is no-one who knows that better than Manchester City’s Jill Scott.

The 2019 World Cup is the midfielder’s eighth major tournament with the Lionesses.

But if you thought playing on the biggest stage of them all was tough, it is nothing compared with what Scott had to put up with as a youngster.

The only girl in her junior team, the Sunderland-born star wasn’t just verbally abused by her team-mates, she was also the target for angry parents on the sidelines as well.

“When I was a young girl I was trying to break into a man’s game – it’s a very male-dominated sport,” Scott said.

“It was hard to be accepted. At school, the other kids would say ‘You want to be a boy’ or ‘Only boys like playing football.’

“And when mums and dads see their sons being beaten by a girl, you can end up getting some abuse.

“That was difficult because, at the time, I was only eight or nine years old.

“But one thing I always touch on is that I always wanted to go training the next day. I just had a real love for the game and that’s never gone.”

When Scott was a youngster, her role model had to be male, with the midfielder looking up to David Beckham.

Now, though, she is an inspiration to thousands of aspiring female footballers across the country.

And the 32-year-old – who runs an all-girls soccer school as well as starring for City and England – is hoping more girls will be bitten by the football bug following the World Cup.

With no athletics or men’s football, the tournament – along with Wimbledon – is the only major sporting event being shown on terrestrial TV this year.

The current Cricket World Cup and The Ashes that will follow are both on Sky.

And Scott believes it’s huge for the women’s game that it is being shown on the BBC.

“It’s so important the tournament is on the BBC,” she continued.

“My first World Cup was in 2007 and the games were shown on BBC then.

“There was a lot of hype back then and that’s going back 12 years. The game has changed so much since.

“With how much the game has grown I’m looking forward to seeing how much hype there will be this time.

“If you are going to inspire young players, they have to be able to access the sport.

“Four years ago, when the tournament was in Canada, it was hard for people to see the games.

“That affected us as players as well. It was hard for fans to show their support and we felt a bit disconnected.

“But with this tournament being in France, there is a real buzz around it.

“England fans can come over, even if it’s just for a long weekend, and really support us at the games. That will be amazing.

“And hopefully that will inspire girls watching at home on the TV.”

Of course, to inspire the next generation, England – who are managed by Phil Neville – have to do well.

They reached the semi-finals of the competition four years ago where they were knocked out by Japan.

And they got to the last four again at the European Championships two years ago, only to be beaten by Holland.

Neville’s side are currently fourth favourites with the bookmakers to lift the trophy, with three-time winners and defending champions USA the joint-favourites along with host nation France.

Germany are third in the betting, with Holland and Japan completing the top six. “We have done ourselves proud getting to the semi-finals of the last two tournaments,” Scott continued.

“While I am so proud of those semi-finals, it’s still incredibly tough when you do miss out.

“We want to get to that final, but the competition is very strong.

“America are always strong. Physically they are very good, they are very fit. Mentally as well they have a never-say-die attitude. I think they will be a team to watch out for.

“Also France as well. Getting that home crowd behind them will be a big advantage and they also have some magnificent players.

“They have probably under-performed in recent tournaments so I think they will be determined to go out and prove themselves.

“Then you have Japan who move the ball so well. They are almost the Barcelona of the women’s game.”

Scott believes the appointment of Neville as manager is helping to take the Lionesses to another level.

“He is a real people person,” she added.

“You can really see his passion and his will to win. He has come from a team in Man United where success was all they knew.

“I am always in awe of people like that because I’ve been in teams that have had a successful season but haven’t been able to follow that up in the next one.

“I think if you win and you continue to win, people see that as a given. But the work you have actually got to put it in is incredible. He can definitely pass that on to us.

“I think the girls really enjoy working with him.”