Mandy Hare had a season to treasure in the Market Drayton League. The Joules (Market Drayton) bowler was a double award winner at the league’s annual presentation dinner. 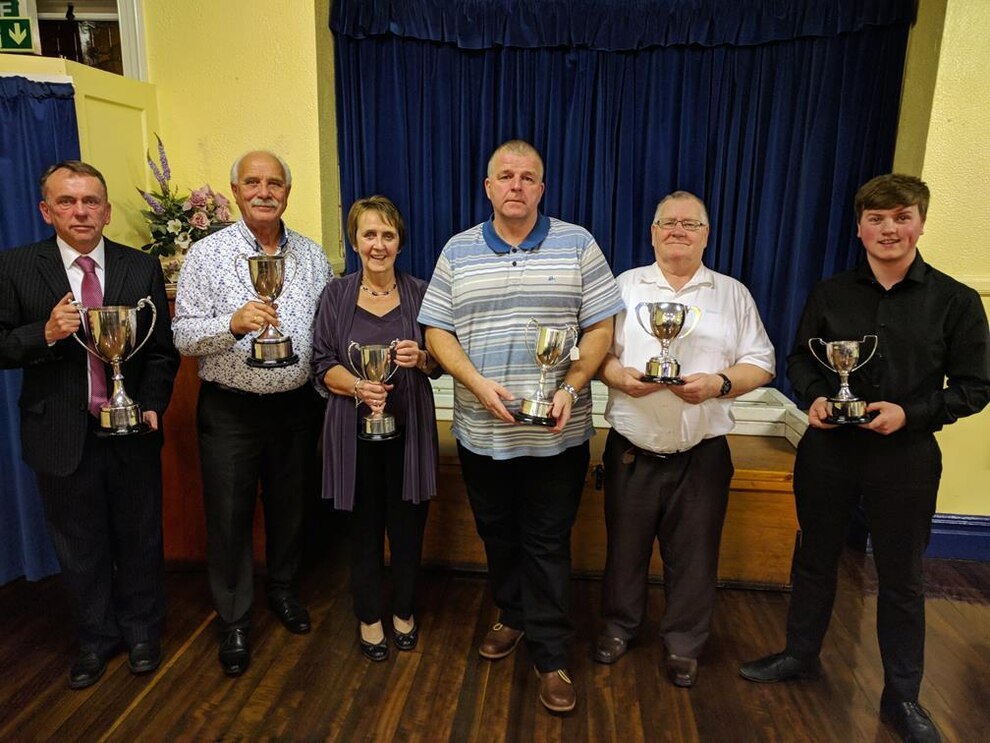 Representatives of the six divisional winners in the Market Drayton League The Market Drayton League’s competition winners with their rewards

She was crowned Individual Merit champion at Audlem Public Hall and also took the most wins by a lady bowler in Division Two prize.

Bridgewater A landed the Division One trophy for the second year running and five other divisional winners were in the spotlight as an attendance of 85 turned out to celebrate the 2018 campaign. “Everybody enjoyed themselves,” said league president Peter Levi, after his wife Pat made the presentations.

“We were a little disappointed with the attendance but, with club dinners and then league dinners, it does get a little expensive.”

The other Friday night champions were Wem A in Division Two and Chester Road B in Three.

On Mondays in the 10-a-side league the winners were Johnstown (Division Four), Wem Albion (Five) and Archibald Worthington Club B (Six).

Bowlers can return – if green is open