Claire Martin adds another title to her collection

Claire Martin was the headline act once again as she raced to glory in the Shropshire AA Cross Country Championships. 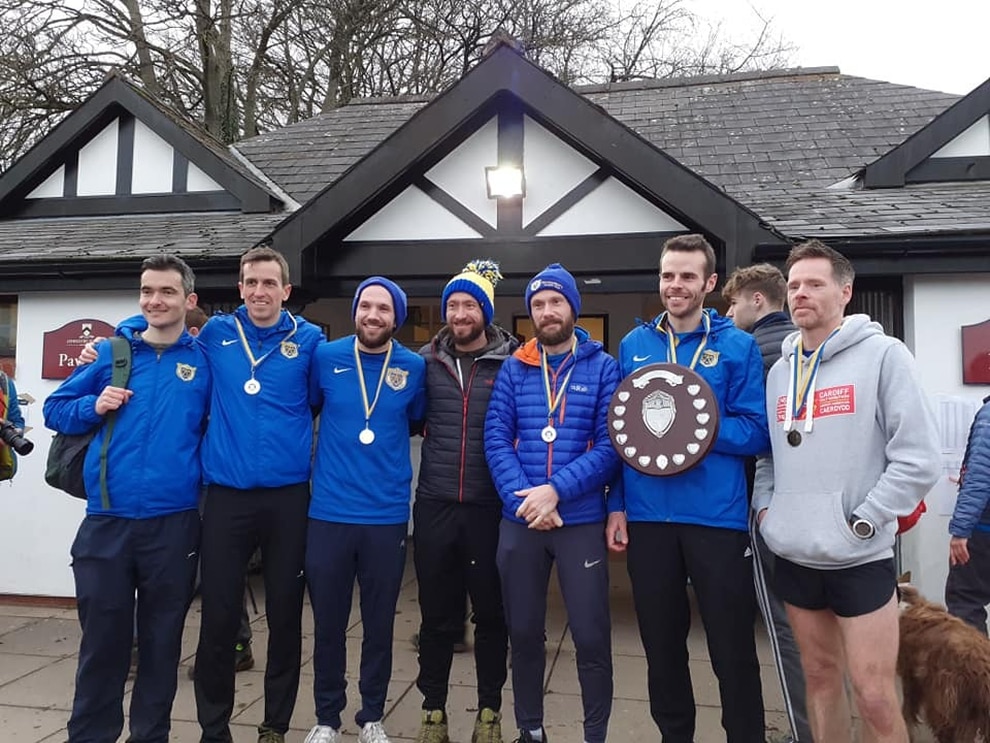 Oswestry School played host to the event, with Martin – who was crowned champion for the first time in 2001 – racing around the six-kilometre course in a time of 22 minutes 16 seconds.

In a thrilling race for glory over 10k, he overhauled Shrewsbury AC’s Matthew Hall to claim victory in 33.22.

More than 350 competitors took part in a total of eight races that were split into various age categories. And race organiser and Shropshire team manger Colin Lancaster was delighted with both the turnout and standard.

“This is now a major sporting event in Shropshire,” he said.

“Running is booming in the county, as some of the recent Park Run figures show.

There were 698 people at The Quarry in Shrewsbury on Christmas Day.

“We have some very good athletes who are among the highest ranked in the UK, and as a county we do very well on the national scene.

“It is no surprise any more to see Shropshire athletes picking up medals in the national events.

“And once again the standard of racing at the championships was very, very good.

“Oswestry School are brilliant hosts and it was a proper cross country race with the runners having to go through two streams and a gate area that was flooded.”

And Lancaster was full of praise for the two senior winners.

“Claire has a phenomenal record in this event,” he said.

“I actually thought Sara Willhoit might beat Claire. But Claire took the lead on the first lap and held off Sara. It was a fine run.

“The men’s race was a really good one. Matthew Hall took the lead on the first lap, but Ollie Blake gradually closed the gap and then outsprinted him at the end to win.”

Martin’s success proved to be a double one, as she topped the women’s veterans’ category, with Shrewsbury AC’s Paul Jones first across the line in the men’s equivalent.

The under-20 men’s and women’s races were won by Cameron Muir (City of Stoke) and Maddy Williams (Shrewsbury High School) respectively.

There were also some top-quality performances in the younger age groups.

Beth Rawlinson (Wenlock Olympians) and Daniel Galloway were the respective winners in the girls’ and boys’ under-15 events.

Shrewsbury AC’s Jack Kinrade led the way in the boys’ under-13, while Zoe Gilbody (Chiltern Harriers) was the top girl.

“We have some talented young runners,” added Lancaster.

“Liam Rawlings, Beth Rawlinson, Zoe Gilbody, Beth Trow and Dan Galloway are all ranked in the top five in the UK and it was good to see them performing well.”

Shrewsbury AC and Telford AC dominated the team standings at the end of the day.

Shrewsbury claimed an impressive double in the senior category as their men’s and women’s squads topped the leaderboard. They also won the men’s veteran and boys’ under-13 titles.