It may still be three years away but the Commonwealth Games coming to Birmingham is set to open up a world of opportunities.

And Black Country residents are being urged not to miss out – by a man who knows just how life-changing the Games can be.

And after hanging up his spikes, the Coventry-born athlete spent 10 years as chief executive of the British Athletic Federation.

Now, though, the 66-year-old is determined not to let folk miss out on having a major sporting event on their doorstep.

“A major Games is the chance to build a legacy,” Moorcroft said.

“And it’s so important people and businesses across the Black Country realise what opportunities are open to them and how to make the most of them.

“But in terms of local businesses, this is a moment to seize.

“Outside of London, the West Midlands was the most successful region in the whole of the country when it came to benefitting from business contracts for the Olympics in 2012.

“And now there are a lot more contracts waiting to be won.”

Moorcroft pointed to Wolverhampton-based fencing company Zaun as an example of how a major games can benefit a local business.

“Zaun is the perfect case study,” he continued.

“They won the contract to supply fencing to the Olympics. As a result of that, they were granted funding for new premises so they could grow.

“And on the back of that, they have won a host of other contracts. It has totally changed them for the better.

“Their success has come from winning the contract itself. And from then accessing the support that is out there.

“But some of the most successful businesses were the innovative ones who came up with different ways to support the games.

“They bought into it, whether that was making different cakes or other wacky ideas. It’s about maximising the opportunity and being creative.”

The Commonwealth Games will see more than 6,500 athletes compete across 17 sports, including seven para-sports.

Events will be held in Leamington, Solihull, Coventry and Cannock Chase – with the aquatics taking place at the Sandwell Aquatic Centre.

It is estimated £503 million will be contributed to the regional economy.

But as well as businesses benefitting, Moorcroft wants the games to encourage more youngsters to live a healthy lifestyle.

“With three years to go, the focus is simple – how can we use what we have got in the Black Country to get more people active?” he continued.

“We have got the aquatics centre in Sandwell and there will be programmes local authorities will run to get free swimming for kids.

“Let’s look ahead to 2022 and use that inspiration to get parents to think about how they can get kids swimming. It is something we want children doing anyway. It’s just using that magic of the Commonwealth Games to kick-start things.

“But there will be a whole series of initiatives and programmes linked to other sports - to get people involved.

“And my advice to everyone is make the most of them. It can only benefit you.

“There is a wealth of talent in this region. We need to inspire these kids to give it a go so they can see how good they can be.”

Moorcroft revealed it was actually a trip to the Commonwealth Games held in Edinburgh in 1970 that inspired him to be an athlete.

“I was 17 when I went to the Commonwealth Games in Edinburgh and didn’t know what I could achieve in athletics or any other walk of life,” he said.

“But I sat there thinking ‘I want to do this.’ and there will be youngsters – throughout the Games and afterwards – who will be thinking that is what I want to do.

“It will fuel a level of ambition which I think is really relevant.

“A great example is Dina Asher-Smith, who was one of the volunteers at London 2012.

“Now she is a sprinter going to Japan as a potential medallist. It does have that impact.

“The Commonwealth Games in Birmingham has the ability to create those stories.

“From Bilston, Tipton, Wolverhampton - there have been loads of athletes who have gone on to do really well at the Commonwealth Games.

“The ambition of reaching a Commonwealth Games for a child is achievable.”

“The medal in 1978 was not expected,” said Moorcroft who has two children and four grandchildren.

“I had been sharing a room with Brendan Foster. I learnt so much from him.

“He won the 10,000 meters gold earlier in the week and he helped keep me together in the last few days.

“All the way through he kept telling me I could win a medal.

“But on the day of the final, just as I was leaving the room, he said Dave ‘You can win gold’.

“That was the first moment it dawned on me. But I did win it and that was fabulous.

“You’re in a stadium with 50,000 people but in that moment all eyes are on you. That was really special. It was a magical moment.

“Then I got to do it all again. The second time around I had just broken the world record for 5,000 meters so I was the favourite.

“It was incredible. But you always remember the first time.”

While winning a gold medal was his ultimate aim, Moorcroft says his life truly changed when he broke the 5,000 meters world record in 1982.

“When you win a medal at a major games, you are one of a number of people who may win a medal that day,” he continued.

“When you break a world record, you are the only one so that is a weird one. You have no idea what is going to happen.

“It was only on the last lap when I saw the clock was on 12 minutes two seconds that I knew I was going to break the world record.

“I saw that and thought I have got 63 seconds to run the last lap – I am going to break the world record here.

“So all the way round on that last lap, part of me was trying to concentrate and keep going. But the other part was thinking ‘I’m going to break the world record.’

“And then, from that point on, your life changes, literally as soon as you cross the line. You are the only focus. All the journalists, everyone, they all want to talk to you.”

Now with the Commonwealth Games set to take place in Birmingham, Moorcroft’s message to Black Country residents is clear.

“Sometimes you only realise the opportunity you get through a major Games, after the Games,” he added.

“And from experience, I can tell you these three years will fly by.

“Don’t watch that closing ceremony and wish you had been more involved.

“If you are a business, look at the contracts up for grabs. If you are a parent, see how you can make the most of all the sporting opportunities for your child.

“Or if you want to volunteer, get involved. London 2012 changed the nature of volunteering forever, it really did.

“There will be a wealth of ways to get involved. And it’s important to remember a major games doesn’t end with the closing ceremony.

“There will be a legacy and that legacy can be life-changing.”

To register an interest in being part of the games visit: ww.birmingham2022.com

Business interested in supplying the games should visit: https://commonwealthgames.finditinbirmingham.com 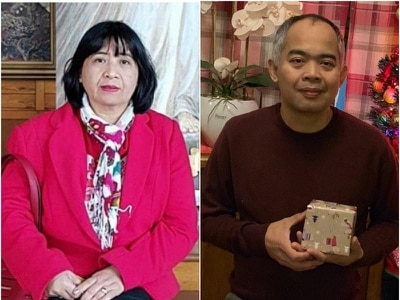