Members at a karate school in Telford have marked its first anniversary in style.

TISKA Shropshire Karate Club, which was formed at two venues in September in 2014, entered 41 students into a regional grading.

Everyone of them passed, providing an ideal way to mark the milestone, and delighted club coach Jaz Magill said: "The first year has gone much better than I expected it would.

"Everyone seems to enjoy the classes and word has just spread."

He was very impressed with the overall standard shown by the students.

The club, which runs karate classes on Saturdays at the Wellington Civic and Leisure Centre and the Abraham Darby Leisure Centre, Madeley, has grown greatly since its origins just 12 months ago.

Magill, 49, said: "I had been training in karate for quite a while, since I was 18, and I had wanted to open my own school.

"We started with a handful of students last September and we had 12 at the first grading but numbers are flourishing now.

"We have just had a new intake of beginners which takes us up to about 50 members now."

The club remains open to further new members and Magill believes that people young and old can benefit from taking up the traditional Japanese martial art.

She said: "The benefits include (improving) fitness, good self-defence and increased confidence and concentration.

"TISKA is a very family orientated association and has lots of brothers, sisters, mums and dads training at their clubs, and students' ages range from four to well over 50."

Magill also runs separate classes for beginners to provide them with a solid grounding in the art before moving into the regular practice sessions.

She said: "I keep beginners classes separate up until they reach their first belt.

"This is to make sure that they understand the basics, they have a good foundation and confidence before they go onto the next class."

She added: "There is also ladies' only class at Wellington for women who do not have the confidence to start karate in a mixed environment, or would simply prefer to train in a women-only class."

Feedback regarding all the classes has been very positive and Wendy Jay, whose daughter Grace is a student, said: "She wanted to do karate.

"We were not sure if she would like it as she was quite a timid little girl.

"Since starting in April at the age of six her confidence has grown, she has become a stronger person who is able to cope better at school because she is not as shy.

"Karate has helped her and she loves going to her classes with her new friends."

Lorraine Ratcliff, a student from the ladies' class added: "I really enjoy it. It's so friendly and it's a fantastic feeling when you achieve the next belt."

Magill, who has competed successfully in several competitions at national level, is now offering free trial lessons at both new beginners classes in Wellington and Madeley, and the ladies only class at Wellington.

To take advantage of this offer call or text Jaz Magill on 07763 879 362 or e-mail tiska.shropshire@gmail.com. 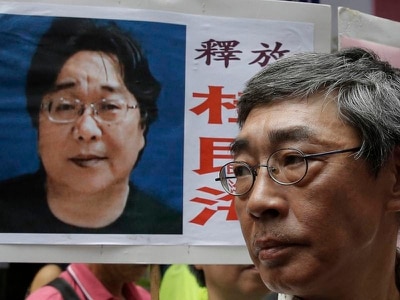