What was it Jeremy Corbyn said after the election?

Words to the effect that Labour had won and, “the fight starts now to get rid of this Government”.

Is Priti Patel the first person in Government whose head he wants to claim?

From what I have read about Philip Rutnam, the not too pleasant civil servant, whose department has shattered so many lives, I would have expected Labour to be delighted by his departure, rather than using it as an excuse to undermine the Government.

And then there was their pantomime reaction to Daniel Kawczynski joining the National Conservatism event in Rome.

Either absolute hypocrisy in the face of all their disgraceful anti-Semitism or they hadn’t done their homework.

“Anti-Semitic”, “racist” and “homophobic”, are not applicable to Mr Kawczynski, but Labour were quite eagerly willing to throw whatever they could at a Tory MP and truth to the winds.

The purpose of the Opposition, surely, is to provide checks and balances to government policy and to thrash out differences of opinion without permanently trying to bring down the Government?

As far as I can see, the only grown-up in the Labour Party at present, is Stephen Kinnock, and I find it regrettable that he did not throw his hat in the ring for the leadership of what was once a great party. I think he would have been an enormous influence for good. 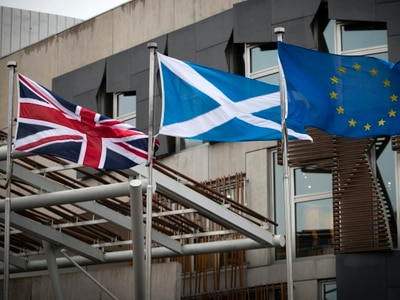