Well, you could certainly never accuse this column of always sticking to the same subjects.

This week, dear reader, I bring you (1) the ancient art of handbell ringing and (2) the importance of our street names.

These have been among the subjects that, over the past few days, have been whistling around my head like bits of dried grass caught up in a cyclone.

I genuinely love the sound of handbells – although, for me, it’s a sound synonymous with Christmastime, and I find it really difficult to hear this chiming gorgeousness without feeling it must surely be The Season To Be Jolly.

That said, I’m delighted to have stumbled upon a group called The Shrewsbury Handbells, and further delighted to report that they’ll be part of the Sutton Farm Open Gardens Trail (with music) taking place on Sunday, May 20 (11am-4.30pm). Check out their website shrewsburyhandbells.net for details.

The splendid men and women of Shrewsbury Handbells have – over the years – supported a stack of charities including Shropshire and Staffordshire Blood Bikes, Headway (Shrewsbury), Shropshire and Mid-Wales Crohn's and Colitis Group, First Responders, The Shrewsbury Ark drop-in centre for the homeless, The Age UK Diamond Appeal (to provide local day centres for dementia sufferers and their carers), the Air Ambulance, West Shropshire Talking Newspaper, Hope House Children's Hospice and Severn Hospice.

And this year they’re supporting Omega - Care For Life (Shropshire) - for the bereaved, and caring families looking after someone with life-limiting or terminal illness.

The handbells group provides a welcoming environment for players of all ages and abilities to develop and enhance their musical skills, and they aim to perform handbells music to a wide and varied audience.

According to some sources, handbell ringing in England dates back to the 1690s. Handbells were first taken to the United States from England by a certain Margaret Shurcliff in 1902. She was presented with a set of 10 handbells in London by the general manager of the Whitechapel Bell Foundry, after completing two separate two-and-a-half-hour change ringing peals in one day.

Little bit of history for you there.

A member of the Shrewsbury Handbells said of the town’s group: “In addition to raising money for local charities, we organise and take part in local concerts and events such as the Shrewsbury Big Busk, Oakengates Christmas Lights Switch-on and Christmas at Sunnycroft, Wellington (National Trust). We perform at many privately-booked functions for community groups and WI's all over Shropshire. If you would like us to play at your event please get in touch through the Contact Us page of the website.”

Okay. And now on to street names.

What’s in a name? Well, hopefully quite a lot.

Very often street names will say something about the history of that particular area.

And there is currently a discussion going on about what the newly created streets should be called on the estate being developed just off Oteley Road, Shrewsbury.

I myself know nothing of the history of this area and so had a word with an old pal of mine, the respected and well-known local historian, David Trumper.

David came back with this: "I’ve looked at George Foxall’s book on field names for the area (Shropshire Field Names) and I came up with a few names that might be appropriate:

I have absolutely no idea if the bevels in First Bevils refers to the instrument for drawing angles or to the very unusual boys’ name in the English gypsy language, but what a great name for a street!

Even better … who wouldn’t want to live at Wildcat Furlong? It would be enough for you to ring those handbells in joyous celebration! 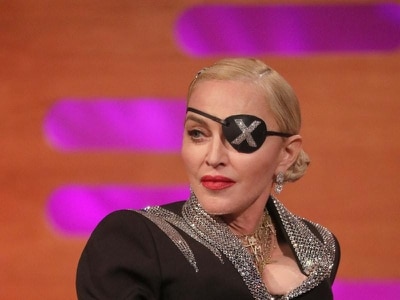 Migrants in English Channel intercepted by UK and French patrols