There is more than one way to catch a disease. In my local park an eager little border terrier found a recently discarded tissue, still green with phlegm, and proudly presented it to his owner. It must be a constant surprise to dogs to discover how ungrateful humans can be.

Andy Pope, a community support officer in Redditch, is a “super recogniser” with the uncanny ability to remember criminals' faces. Since 2012 he has recognised 2,000 suspects, leading to many arrests. But he admits he's useless at remembering birthdays. Like so many Popes, he's good, but he's not infallible.

At the opposite end of the facial-recognition stakes are people like me and the Daily Mail columnist Tom Utley, a self-confessed “super-forgetter”. Utley is hopeless at remembering faces. He wrote a few days ago that he's haunted by the embarrassing or withering responses it brings (“I'm Olivia, your niece.”). My personal best is meeting and forgetting a new flatmate in the space of two minutes. My only defence is that on the second meeting, 120 seconds after the first, he looked entirely different although the only actual difference was that he had put on a pair of cycle clips.

Just spare a thought for us face-blind sufferers when you hear the outrage from Dawn Butler MP about “ misidentification.” She says she is mistaken for other black female colleagues “at least once a week” and the BBC recently confused her with fellow MP Marsha de Cordova.

I have no doubt Ms Butler is genuinely angry and it may be that she and other black MPs are victims of some insidious form of racism. But it might just be that in a Chamber of 650 MPs, some of them, like Tom Utley and me, could not be trusted to tell the difference between two tall MPs, two blonde MPs or two MPs wearing cycle clips. Face-blindness, like colour blindness, is not exactly life-threatening but it is a factor in social life and deserves a little understanding.

Honest technology is often overtaken by dishonest technology. You think online banking is great until some villain hacks into your smartphone and helps himself. Your keyless car seems thief-proof until criminals invent a gizmo to steal the vehicle in a matter of seconds. Where will this lead? Nottingham is investing in a wireless battery-charging system for the city's electric taxis. There's no need to plug in, you simply park near the machine and a device transfers the charge to your battery by the miracle of induction. I bet you can guess the next step. . . .

How long before some underworld boffin comes up with an induction system hidden in the boot of your car which filches power from the electric vehicle parked next to it? The Voltstealer. I bet they're already working on it. 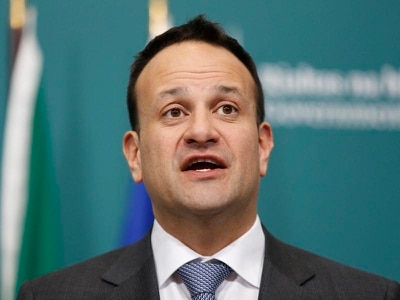