Nigel Hastilow: Will May stay down?

Could it happen? Is Theresa May the Chumbawamba Prime Minister? 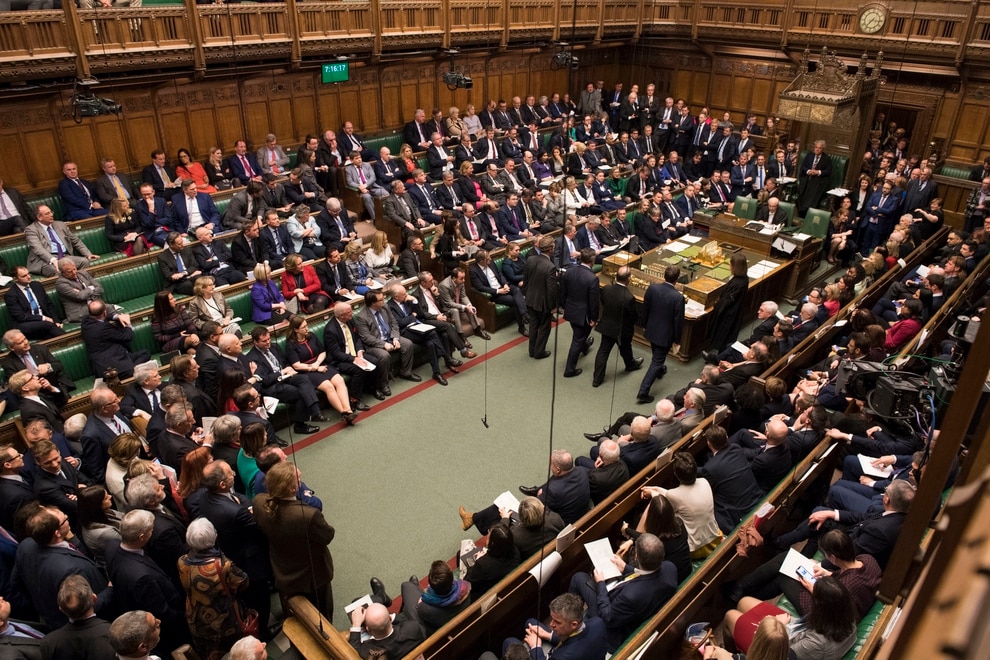 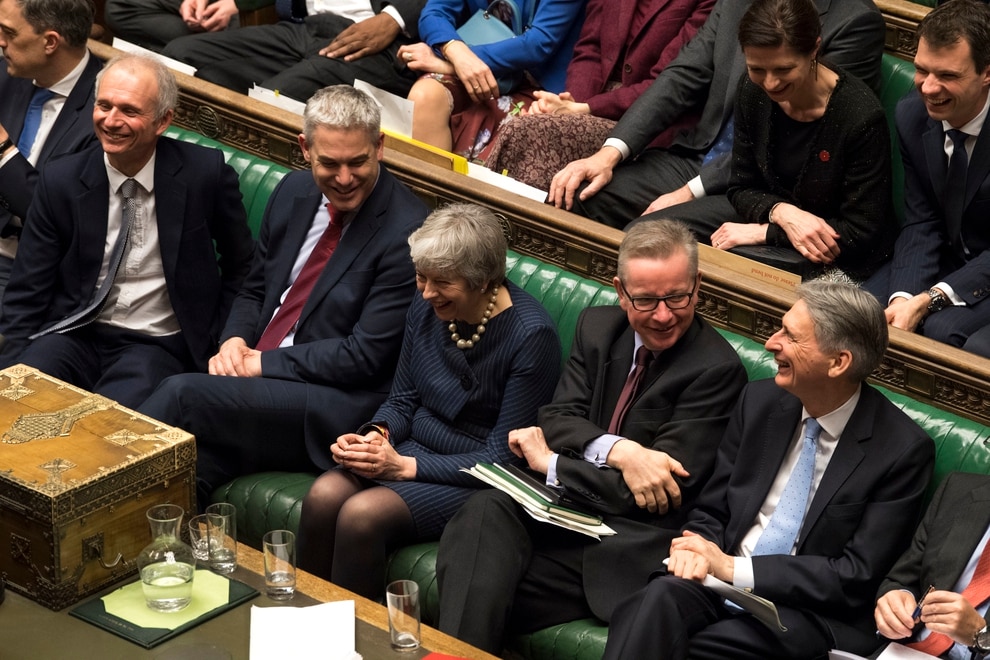 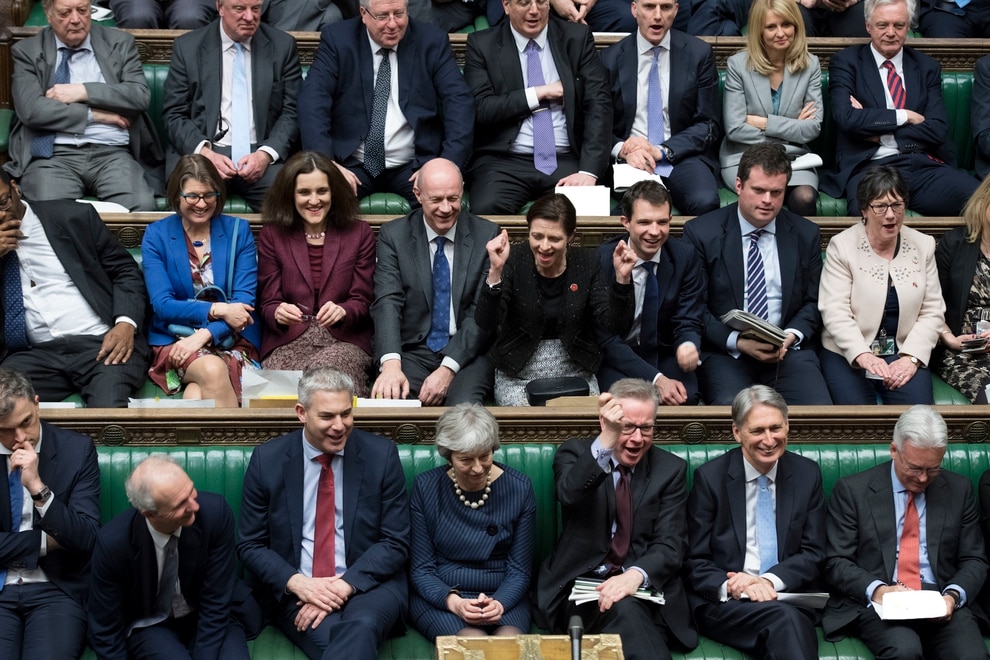 Time after time, she gets knocked down but, as the band sang back in the 1990s, she gets up again.

Mrs May has been soaking in ice-cold water for months yet she still comes up gurning.

And now there’s a possibility the Prime Minister might yet drag victory from the jaws of defeat.

It doesn’t seem very likely but Mrs May is going back to Parliament for a third time (and may even return for a fourth attempt) despite two overwhelming defeats so far.

The hideous truth is that Mrs May’s Brexit deal, inescapable Northern Ireland backstop and all, is probably the nearest we might ever get to Brexit.

Parliament, packed with Remainers, has voted overwhelmingly to delay our day of departure long after the promised Brexit day of March 29 rather than leave with no deal.

Mrs May lost the first ‘meaningful vote’ on her Brexit deal by an historic 230-vote margin. She lost the second this week by 149.

Next week MPs will be given a third chance to change their minds. And they may finally see sense and go for the Prime Minister’s compromise.

That’s because any alternative will be worse. Much worse.

The Commons has ruled out a no-deal Brexit. Though departure on March 29 is still the law, it’s just not going to happen.

There is no chance Brussels will improve on its tight-fisted, money-grubbing offer and even less chance Britain will depart without a deal even though, when 17.4 million people voted to leave, that’s pretty much what we were voting for.

So MPs next week are finally confronted with a choice which has been obvious to anyone of the meanest intelligence for months: Mrs May’s deal or no Brexit.

It’s true that we may end up with a fig-leaf Brexit if Parliament rejects Mrs May’s plans for a third time. But it will be Brexit in name only if it is a departure at all.

The ‘Norway option’ favoured by many MPs means paying billions of pounds a year into the EU for the dubious privilege of joining the common market, accepting all its rules and regulations and submitting to the European Court while having no say at all in how the EU’s decisions are made.

The other option is to remain in the EU without any significant change in our relationship at all. That may require a second referendum – the contemptible ‘people’s vote’ – but the aim of Remainders is to make sure we do as we’re told next time.

Faced with these choices, any MP who believes Britain should leave the EU or thinks his or her job involves representing the views of their constituents will find it hard to vote against Mrs May’s deal.

For most of them, surely, a half-hearted Brexit is better than no Brexit at all. If we at least make a start along the road towards becoming an independent sovereign nation once again, that must be better than penal servitude for life.

The hard-liners led by Jacob Rees-Mogg want a text-book departure which meets all their demands. But they were never going to get that so why are they being so pig-headedly self-defeating?

In theory, a no-deal Brexit on March 29 is still a possibility but it is a vanishing speck on the horizon. Parliament won’t wear it. No-deal is dead.

And, whatever happens, there will be an extension to the time-limit set by Mrs May and promised by her thousands of times.

But there is no point in the EU giving us more time unless Brussels thinks something substantial is likely to change.

That means the softer ‘Norway’ Brexit or Referendum 2.

So why on earth would a Brexiteer scupper Mrs May’s deal when the other choices are so terrible?

No doubt this weekend politicians will be fighting, arguing, cajoling, bribing and lobbying each other. A few may even consult their constituents.

But if they don’t know what they want by now, they will never know. And, if politics is the art of the possible, they must surely recognise what is possible at this late stage is Mrs May’s Brexit or no real Brexit at all.

They might also note that the entire country is sick of the whole business. We just want this thing sorted. We are horrified by the incompetence and paralysis in Westminster and ashamed of the humiliation our politicians have inflicted on our country.

It is still not too late to get a Brexit of sorts by March 29. Mrs May’s stubbornness is legendary. She has been dealt blow after blow, many of them self-inflicted.

But how many more times can she get up again every time she gets knocked down?

If she suffers defeat in the third ‘meaningful vote’ she – and Brexit – won’t get up again.

Nigel Hastilow: I can’t wait to get this election over and done with