The late Honor Blackman once told me I was the rudest journalist she’d ever met.

I’d just had a wonderful interview with the former Bond Girl while she posed for photos with an Aston Martin DB5 at the NEC’s Classic Motor Show. While Honor carried on being photographed I phoned my story over to a typist at the Express & Star just in time to make the deadline.

“Hold on there’s a question from the editor,” said the typist – my heart sank.

“He wants to include how old Honor Blackman is, can you find out – and quickly?” Well, I asked the PR girl and she didn’t have a clue. I checked with one of the photographers who looked at me blankly.

There was only one option left – “Erm Honor, sorry to interrupt but can you tell me how old you are?”

Her icy glare made me feel like I was all the Bond villains rolled into one. I’ll never forget her reply – and maybe she never forgot my impertinent question. After the last couple of weeks, I’m pleased this happened in the days before Twitter as she could have made mincemeat out of me with a detailed script of our meeting.

Despite most of the event being a ‘blur’ she would remember word-for-word my insults when I said: “No, I asked how old you are, not how old the car is… I can see I’m going to have a challenge getting you to say how old you are… Ok, tell me your date of birth.”

Journalists will worry now that persistently asking someone where they come from is now a form of ‘abuse’.

It led me to think of some of the horrendous questions I’ve had to ask people over the years as part of my job.

One involved grabbing the attention of as many women as possible in Wolverhampton city centre to ask if they wore big knickers.

You see, it’s OK to ask someone how big their knickers are, but ask them where they come from and you may well find yourself out of a job.

One thing you soon learn as a journalist is who is happy to tell you their age and who isn’t. Generally, anyone under the age of 21 or over the age of 80 is proud of their age.

Children will tell you “At my next birthday I’m going to be 10 years old” while octogenarians will proudly announce how many years it is until their 90th.

It’s those in between that are often so embarrassed, you might as well be asking them when they last opened their bowels.

Well done to England for their win against Senegal on Sunday. It’s a shame to hear about the thousands of England-hating Glaswegians who ordered Senegal shirts for the match.

Oh well, in these hard times you have to snap up any way of being able to make money – so how can I get my hands on a load of French shirts? 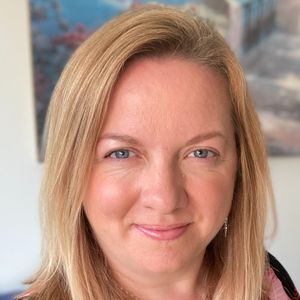 Cost of living | 6 hours ago