Homeless man finds £13,000 in cash and turns it over to nearby food bank

Kevin Booth has been commended for his honesty by police.

A homeless man has been commended after finding 17,000 dollars (£13,300) in cash near a food bank and handing it over to a volunteer.

Kevin Booth was at the Sumner Community Food Bank back in August to pick up some food which is routinely left outside overnight for anyone who needs it.

But he spotted something unusual near the front door – a brown paper bag which, on closer inspection, contained money – a lot of money.

“At first, I was like, what the heck is that lying on the ground?” Booth, 32, told the News Tribune, a local newspaper in Washington.

When he realised it was money, he “sniffed it to see if it was real” before confronting the issue of what to do with it.

In the end, he decided to stay there with the cash and wait for a food bank volunteer to arrive, at which point he handed it over.

Anita Miller, director of the Sumner Food Bank, told the Washington Post: “He said, ‘That was a real big decision for me, but if it’s not yours, you shouldn’t be taking it’. He’s a very honest man.”

Police investigated the cash but could not find out where it had come from.

So, after the statutory 90 days, they held a ceremony to hand the money back to the food bank, and at the same time gave Booth a citizen’s citation for honesty.

It reads: “The Sumner Police Department and the citizens of Sumner wish to recognise your selfless and honest actions.

“We are all very proud of you and believe that your actions are in keeping with the finest traditions of Sumner’s most civic-minded citizens and reflect great credit upon yourself and the entire Sumner Community.”

The food bank is also rewarding his honesty, with a series of gift cards and help throughout the winter.

Staff decided not to give a lump sum to Booth, who lives in a tent nearby, because they felt it might not be safe.

Miller told the Post he refuses any offer of shelter, but that she intended to buy coats and shoes for him.

As for the cash he handed in, that will go towards expanding the service, which already provides food for 1,000 people a month, according to the Post. 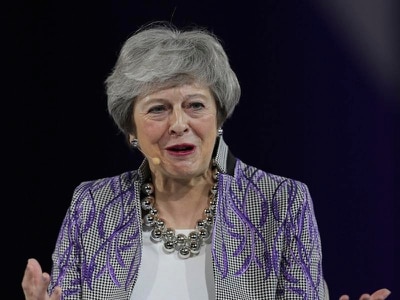