Protesters complained that their grades had been decided by a ‘postcode lottery’.

Students who had their A-level results downgraded branded the process “dehumanising” as they took to the streets to protest in Westminster.

Around 100 demonstrators, including pupils who received their results on Thursday, expressed anger and disappointment outside Downing Street as they called for the Education Secretary to be sacked.

Marching down Whitehall towards the Department for Education on Friday afternoon, protesters chanted “sack Gavin Williamson” and “teachers not Tories” whilst holding placards.

One student, from Streatham in south-west London, was predicted to achieve one A* and three As in sciences and maths and hoped to study medicine at Imperial College London.

But the 19-year-old, who preferred not to give his name, was “shocked” to have received an A, two Bs and a C.

“I didn’t see it coming. Being based on your school, rather than the individual’s performance, is quite dehumanising, isn’t it?” he told the PA news agency.

“Medicine in itself is really difficult to get into, you have to do entrance exams and interviews, so I had to struggle through all of that just to be told an algorithm would decide my grades.

“It feels like all of my work this year has been made redundant.”

Another student, who gave her name only as Memoona, also missed out on a place to study at Imperial College London, this time on a bioengineering course.

“My teachers estimated me A*, A, A, and I got a C, B and a D, so I got downgraded by nine grades which is absolutely insane,” she told PA.

“And it makes no sense, because I achieved all A* and A grades in my GCSEs in the same postcode.

“The Government said that we have opportunities and that everyone will have prospects, but I have no way to go into further education in the course I want to.”

The 19-year-old, from Barking in east London, said she will appeal her grades but fears the university will not hold her place whilst the process is under way.

“I live in one of the poorest boroughs in London and everyone I have spoken to is in the same situation,” she said.

“As if A-levels are not depressing enough with the huge workload (and) you’re already struggling with mental health issues.

“We survived Covid but we can’t survive this algorithm.”

Also attending the protest on Friday was Caitlin Farrell, from West Croydon, who received two A*s and an A and is due to go on to study English at Cambridge University.

The 18-year-old told PA: “I was really lucky that I didn’t get downgraded.

“I have a friend that was predicted the same as me, but got downgraded – it’s just so illogical that some of us did and some of us didn’t.”

Calling the situation “inconsistent and unfair”, she said it was especially difficult for students from a deprived area.

“I went to a state school and we were told work hard, focus, you’ll be fine, and we’re not,” she said.

“We’ve just been shown that it’s a postcode lottery and if you’re rich then you deserve opportunities that we don’t get.”

Harry Mayes, from Stoke Newington in north London, missed out on a place at both his firm and insurance university places after his receiving A, B and C in his A-levels.

The 18-year-old, who hoped to study neuroscience at the University of Bristol and had grades of A*, A and B submitted by his teachers called the system a “complete injustice”.

“I’m a free school meals student and it seems like people like me have been lowered the most,” he said.

Entertainment | Less than an hour ago 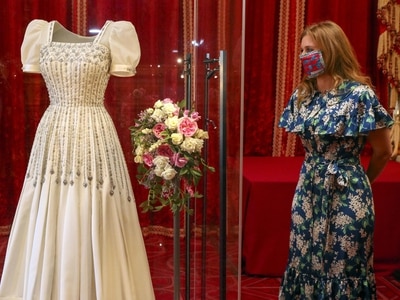 Beatrice reunited with wedding dress ahead of exhibition

Bishop ‘felt presence of slaves’ at Harry and Meghan’s wedding

Sex offender convictions to be rescinded due to law change gaffe 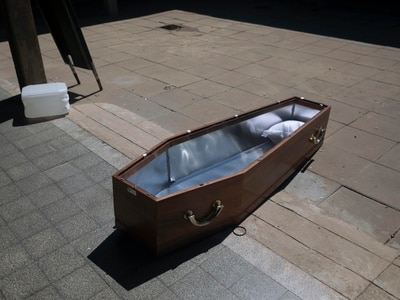