A-level students will get their grades on Thursday.

University leaders are advising A-level students to look at courses in clearing in the wake of last-minute changes to the way grades will be assessed.

Professor Julia Buckingham, president of Universities UK, told students receiving their results on Thursday not to panic if they miss out on the grades for their offer at university.

She said that universities will be as flexible as they can in the “unusual circumstances” and that students should look at the courses available in clearing.

An analysis by the PA news agency shows that there were nearly 25,000 undergraduate courses across the UK and Northern Ireland listed with clearing vacancies.

These include nearly 4,500 courses at the elite Russell Group universities, according to the admissions service Ucas’s clearing website on Wednesday.

Prof Buckingham said: “On the eve of A-level results, our advice to students is to carry on as planned, which means if you miss out on the grades for your offer don’t panic.

“Speak to your teachers for their advice and get in touch with your first-choice university as soon as possible – universities will be as flexible as they can in these unusual circumstances – and look at the courses available through clearing.”

Her comments come after ministers denied that the exam system in England had been thrown into “confusion” following 11th-hour changes to the way A-level and GCSE results will be assessed.

Education Secretary Gavin Williamson announced late on Tuesday that students will be able to use their results in mock tests to appeal if they are unhappy with the grades they are given.

The move came less than 48 hours before students receive their calculated A-level results following the cancellation of actual exams amid the Covid-19 crisis.

Clearing has become an increasingly popular route to securing a university place in recent years, in part due to reforms that lifted the cap on the number of students universities could recruit.

It is also used by students who may have changed their mind about their course or university and want to find somewhere new, or those who have done better than expected and want to trade places.

An analysis, conducted by PA, shows that as of Wednesday morning, for applicants living in England there were 24,970 courses with availability across 146 UK universities and colleges.

Of the 24 Russell Group universities, nearly three in four (17 universities) have at least one course advertised on the clearing site, with 4,485 courses potentially available.

Ucas chief executive Clare Marchant told PA on Monday that as many as 80,000 applicants could find a place via clearing, up from 73,325 last year, despite fears about the impact of Covid-19 on the student experience.

“I think we will end up with significant numbers through clearing,” Ms Marchant said.

“I think it’s going to be probably the busiest yet.”

Anja Hazebroek, director of student recruitment and marketing at the University of Hull, said that the impact of cancelling exams on clearing was not known.

But she said that due to Covid-19 and the virus’s impact on the job market, there might be more prospective students wanting to study closer to home or go to university when they had previously decided not to.

She added: “We may have more or less students looking for clearing places, but we are well prepared to help give support and advice to all prospective students.

“With Covid impacting the job market, as well as changing people’s personal priorities – such as wanting to study on a single-site campus university to avoid the need for public transport – we may see more movement than usual as people choose to go to universities closer to home or decide to go to university after previously planning not to.” 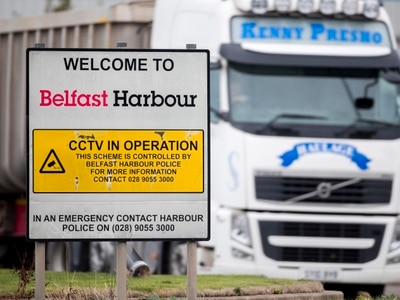