The Prime Minister hit out at the crisis on Monday during a visit to a school.

Boris Johnson has branded migrants’ Channel crossings a “very bad and stupid and dangerous and criminal thing to do” as he hinted at changing laws to tackle the crisis.

The Prime Minister’s comments came as a French politician warned the UK’s decision to send in the Royal Navy “won’t change anything” and a former Home Office official said he was sceptical of the plans.

Efforts to address the crisis intensified on Monday as more crossings continued in the early hours of the morning, with an inflatable dinghy thought to be carrying more than 20 Syrians met by a Border Force patrol boat off the coast of Dover in Kent.

Home Secretary Priti Patel also headed to Dover to meet Border Force staff and was spotted disembarking from a police boat that had been out in the Channel earlier that morning.

At the same time, the Royal Air Force (RAF) dispatched a plane to survey the Channel after the flight was authorised by Defence Secretary Ben Wallace.

The Government has faced growing criticism and accusations  of being “increasingly chaotic” in its handling of the crisis.

Speaking during a trip to St Joseph’s school in Upminster, Essex, Mr Johnson said: “Be in no doubt what’s going on is the activity of cruel and criminal gangs who are risking the lives of these people taking them across the Channel, a pretty dangerous stretch of water in potentially unseaworthy vessels.

“We want to stop that, working with the French, make sure that they understand that this isn’t a good idea, this is a very bad and stupid and dangerous and criminal thing to do.

“But then there’s a second thing we’ve got to do and that is to look at the legal framework that we have that means that when people do get here, it is very, very difficult to then send them away again even though blatantly they’ve come here illegally.”

Downing Street said Brexit would allow the UK to draw up a new framework for dealing with migrants and the country was currently bound by the “inflexible and rigid” Dublin Regulations.

Meanwhile David Miliband, president and chief executive of the International Rescue Committee, warned “cooler heads need to prevail if the UK is to sustain an effective response as well as a humane response.”

He told Times Radio: “There is a danger that the people who are seeking to escape from persecution, not everyone is in that situation but there’s a lot of unsolved conflicts around the world, get dehumanised in a way that statistics are used to make it seem like there’s an ‘invasion’ when the truth is… 85% of the world’s forcibly displaced people, so refugees, are in poor countries not rich countries.”

The former foreign secretary highlighted refugee numbers in Bangladesh and Lebanon, adding: “As long as there is a neglect of diplomacy, we’re going to see more of these people fleeing.”

On using the navy to stop boats travelling from France to England, Mr Miliband said: “The bigger the wall, the more desperate the measures to get round them.”

More than 4,000 migrants have now reached the UK so far this year, making the dangerous crossing across the world’s busiest shipping lane.

At least 597 arrived in the country in a surge of crossings between Thursday and Sunday.

The Home Office has now appointed a former Royal Marine to head up an operation to tackle the problem and formally requested help from the Royal Navy for help, a move branded a “completely potty” idea by a Ministry of Defence (MoD) source.

The RAF carried out aerial surveillance using an Atlas plane as part of an “initial offer of assistance” from the MoD to the Home Office.

On Tuesday, immigration minister Chris Philp is due to hold the latest round of talks with French counterparts in Paris. 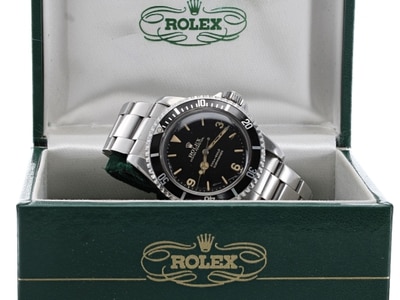