Johnny Depp is set to give evidence for a fifth day in his blockbuster libel case against The Sun over allegations of domestic violence by his ex-wife Amber Heard.

The 57-year-old actor is suing the tabloid’s publisher News Group Newspapers (NGN) and its executive editor Dan Wootton over an April 2018 article which labelled him a “wife beater”.

Mr Depp is said to have attacked Ms Heard, 34, throughout their tempestuous relationship, which has been described as “a crime scene waiting to happen”, and put her in fear for her life – claims he says are “a choreographed hoax”.

He has been questioned since Tuesday morning about 14 alleged incidents of domestic violence, as well as his Hollywood lifestyle, past relationships with Vanessa Paradis, Winona Ryder and Kate Moss, and his well-documented use of drink and drugs.

The High Court has heard disputed accounts of a three-day trip to Australia, when Mr Depp lost the top of his middle finger, and the so-called “defecation incident” in which faeces were found in the couple’s bed after Ms Heard’s 30th birthday.

Mr Depp is due to finish giving evidence on Monday after around 20 hours in the witness box at the Royal Courts of Justice in London.

NGN’s lawyers have said Mr Depp first hit his ex-wife in early 2013 during a heated argument over a painting – which he allegedly tried to set alight – by Ms Heard’s ex Tasya van Ree and attacked her on a number of other occasions before the couple split in May 2016.

The publisher claims Mr Depp is a “Dr Jekyll and Mr Hyde” character who snapped when he was drunk and on drugs and turned into “the Monster” – an “alter ego” he assumed when he would “lose control and become a violent thug”.

The Pirates Of The Caribbean star has admitted giving misleading evidence about his drink and drug use before a flight from Boston to LA in May 2014 and “accidentally” headbutting Ms Heard during a row at their home in December 2015, but says his ex-wife’s allegations are “complete lies” and that she was “the abuser” in the relationship.

He accuses Ms Heard of severing the top of his middle finger with a vodka bottle in Australia in March 2015 and of “building a dossier very early on” in their relationship to align herself with the #MeToo movement.

The court also heard evidence on Friday afternoon from LAPD officer Melissa Saenz who attended the couple’s penthouse after the actor allegedly hit Ms Heard in the face with her own mobile phone in May 2016, who said she “did not see any injuries” or damage to the apartment.

Ms Paradis, 47, and Ms Ryder, 48, were originally due to give evidence this week, as was alleged Harvey Weinstein victim Katherine Kendall, 50, who accuses Mr Wootton of “deliberately misusing” her quotes and “using the #MeToo movement” to damage Mr Depp.

Ms Heard’s evidence was expected to begin on Friday morning – but it is not clear when the Aquaman actress will give evidence as Mr Depp’s cross-examination has taken almost two days longer than scheduled.

The three-week trial, which is due to finish on July 27, will also hear evidence from current and former employees of Mr Depp and Ms Heard, as well as her sister and friends by video-link from LA.

The actor is suing NGN and Mr Wootton over the publication of an article on April 27 2018 with the headline: “Gone Potty: How can JK Rowling be ‘genuinely happy’ casting wife beater Johnny Depp in the new Fantastic Beasts film?”

NGN is defending the article as true, and says Mr Depp was “controlling and verbally and physically abusive towards Ms Heard, particularly when he was under the influence of alcohol and/or drugs”. 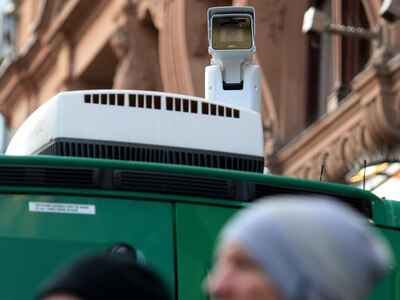