‘Little wonder’ migrant crossings have shot up during pandemic

Miserable conditions in French refugee camps and fears over Covid-19 are making migrants increasingly desperate to reach the UK.

It is “little wonder” migrant crossings have increased dramatically since lockdown began and Home Secretary Priti Patel needs to “stop talking tough” and sort the issue out, charities say.

Miserable conditions in French refugee camps and fears over Covid-19 are making migrants increasingly desperate to reach the UK, it is believed.

Meanwhile Border Force officers are worried about catching coronavirus when dealing with those who make it to Britain.

More than 850 migrants have crossed to the UK during lockdown, data gathered by the PA news agency shows.

During periods of calm weather refugees are piling into inflatable boats, up to 50 per vessel, and making the terrifying and dangerous crossing.

Last weekend saw what is believed to be a new single-day record, with 145 migrants making it to the UK on VE Day.

It comes despite repeated assertions by the Home Office that the pandemic has had “no impact” on its ability to respond to the crossings.

Minister for immigration compliance Chris Philp said: “We are all working night and day to dismantle and arrest the criminal gangs who trade in people smuggling.

“But the recent increase in crossings is totally unacceptable and it is sickening that smugglers are willing to put people’s lives at risk, including children.

“This is why we are stepping up action to stop the crossings, going after the criminals perpetrating these heinous crimes and prosecuting them for their criminal activity.”

On Monday, Ms Patel said “extensive work” continues between UK and French authorities on migrant crossings, but she was criticised by Brexit Party leader Nigel Farage, who said on Tuesday: “Time to stop the French authorities walking all over us.”

Bella Sankey, director of Detention Action, said: “Lockdown has inevitably increased the desperation of those fleeing war and persecution so it is little wonder Channel crossings have spiked.

“Priti Patel’s tough talk sounds like a broken record on repeat, her flawed strategy is making a bad situation worse. Now is the time for some stateswomanship and leadership.”

“This includes a long-term commitment to resettle 10,000 refugees every year.”

Clare Moseley, head of humanitarian charity Care4Calais, which provides aid to migrants living in camps around the city, said the lockdown is stretching refugees to “breaking point” as multiple charities have pulled out of the area and there are food shortages.

She added: “We waste millions of pounds and risk people’s lives trying to intercept boats at sea, when the only way to put a real stop to these crossings is to create a safe and legal route for asylum claims to be fairly heard.”

While they now have access to masks, gloves and plastic aprons, staff are still worried, ISU said.

Spokeswoman Lucy Moreton said: “It is fairly common for the arrivals to be soaked with bilge water from the small vessel which includes fuel oil and human waste including vomit, urine etc.

“Again it is very difficult to be fully protected in those circumstances and staff are concerned about the transmission of other diseases as well as Covid-19.”

Crews on ships have access to PPE but “it is not practicable, or indeed safe, to have full PPE similar to a clinical setting” because of the physical demands of the role, she added.

The Home Office said: “In line with Public Health England guidance, Border Force and all operational staff have the relevant personal protective equipment (PPE) available to them.” 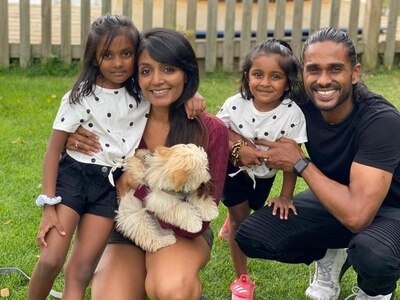