A round-up of Wednesday’s feelgood stories.

A father made it home for his son’s second birthday after six weeks of coronavirus treatment, and a 10-year-old amputee has raised nearly £10,000 for charity by walking 26 miles over 10 days.

These are some of the more uplifting stories from around the country you might have missed.

A father-of-two who spent 19 days in an induced coma in hospital has recovered from coronavirus and returned home in time to celebrate his son’s second birthday.

Omar Taylor, 31, was applauded by NHS staff as he was discharged from Colchester Hospital in Essex, and his neighbours stood outside their houses to clap him home on Sunday.

His wife Kaitlyn Taylor, a trainee nurse, said she was “shaking” when he was discharged on Sunday after more than six weeks of treatment.

She said: “It’s been better than our wedding day and better than both days our children were born. I feel like I’m on a honeymoon now. It’s amazing.”

Captain Tom Moore’s local pub will be kicking off a nationwide toast to veterans on Friday, to mark the 75th anniversary of VE Day.

The 100-year-old Second World War veteran has captured the hearts of the nation and raised more than £32 million for the NHS.

At 3pm on Friday, publicans up and down the country will ring their pub bells and raise a glass in honour of war veterans – with Captain Tom’s local in Marston Moretaine, Bedfordshire, kicking things off.

Publican Karl Clark, who runs The Bell in the village, said: “Captain Tom has become a national hero for his recent sponsored walk but we want to make sure we also recognise his achievements during World War Two and raise a glass to him and his fellow veterans.”

A double-leg amputee has raised almost £10,000 by walking a marathon distance for the charity that supported her.

Ten-year-old Maisie Catt, who walks with blades having lost her legs as a result of meningitis and septicaemia when she was a baby, walked 2.6 miles each day over a 10-day period on a treadmill and in her garden.

Sharon Catt, Maisie’s mother, told the PA news agency: “She saw Colonel Tom and she said ‘if he can do it, maybe I can do something’.”

Maisie, of Kirklees, West Yorkshire, was initially aiming to raise £260 for charity LimbPower, but by Wednesday afternoon had raised just short of £10,000.

The costume designer behind the disguises on ITV’s The Masked Singer has turned his talents to making personal protective equipment (PPE) for NHS workers on the front line.

Now Mr Simpson, who nearly died from pneumonia in his 20s, is using his 3D printer to make face shields for healthcare workers, alongside around 8,000 volunteers from all over the country.

He told PA: “It has been amazing. I have never been involved in anything like this.” 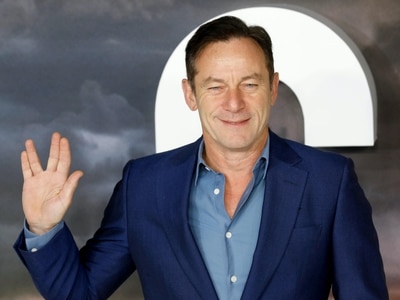